The first occupant of the White House who picked up the phone (Rutherford B. Hayes, on the 29 June 1877) could only speak with the neighbouring Treasury Department. There were no telephone operators or switchboards and the sound was very poor, but the then President of the United States did not hesitate to describe this new invention as something “wonderful”. More than a century later, this same technology has been updated and adapted to the digital era and has become an indispensable tool to exercise what is known as “telephone diplomacy” in the White House.

In the evening of 1st March of this year, President Obama established a significant telephonic record when he spent 90 minutes in a tense telephone conversation with Vladimir Putin before the Russian annexation of Crimea. During what is considered as the most complicated crisis since the end of the Cold War, the White House and the Kremlin have contacted six times in a telephonic marathon promoted by Ukraine and spread with different magnitudes among the political leaders of Germany, Great Britain, France, China, Canada, Estonia, Italy, Japan, Kazakhstan, Latvia, Cyprus, Poland and Spain. In this process, it has not escaped to people’s attention that, precisely in the Internet age, the telephone is an essential tool for international crisis management.

The telephone, a technology of the 19th century, is tending to become the most used tool by U.S. Presidents during international crisis

The most pragmatic justification for this prevalence of a communication system of the 19th century is that not all countries have sophisticated audio-visual alternatives such as SVTC (Secure Video TeleConference). In addition to the almost universality of the telephone, its diplomatic use is also justified by the benefits associated with the human voice. As a former White House Official explains: a telephone conversation “is immediate, relatively easy to connect and ensure and, at the same time, very personal”. In fact, the use of loudspeakers is avoided in order to increase the desired feeling of rapprochement.

Without even having to translate, in some occasions, the direct sound might facilitate the great challenge of establishing an effective communication in essential issues, moving forward in delicate negotiations and forging closer links beyond geographical distances and cultural differences. However, there also are limits when it comes to compensate for individual weaknesses that each president might have in intangible issues such as empathy, leadership and persuasion.

Before the process of Please hold for the President, the White House makes all kinds of preparations which are different from the myth of the red telephone invented by Hollywood in the Cold War

In the White House, all these actions of telephone diplomacy are scrupulously coordinated. Before making a call, the President is given a dossier drafted by the National Security Council which includes confidential information about the interlocutor and a thorough summary of the bilateral agenda. In some cases, including that of China, one of these calls requires to begin by summarily reiterating all the U.S. official policy towards Beijing.

These conversations are usually carried out with the assistance of a team of translators and assistants. The process includes a sort of countdown and the famous introductory sentence: “Please hold for the President”. Nevertheless, in spite of the endeavour to have a polite and relaxed conversation, sometimes it can result in what is known in diplomacy as a “candid and frank” exchange of views and opinions. 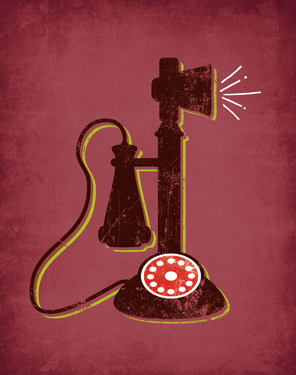 These conversations are no longer recorded since the Watergate scandal, although an informal transcription is made for domestic use. For instance, in Bob Woodward’s3 ((Bob Woodward, Plan of Attack, New York, Simon & Schuster, 2004, pp. 241, 382, 403.
)) book published in 2004, some details are shown about decisions on the use of force against Iraq taken by U.S. President George W. Bush and the Spanish President José María Aznar. Nonetheless, the most transcendental telephone conversation by far between the White House and Moncloa was Obama’s urgent financial warning to Zapatero in spring 2010.

Herbert Hoover was the first occupant of the White House who had a telephone on his desk in the Oval Office. Nowadays, the telephone in question is kept in the left drawer of the historic Resolute desk. And it is obviously not red. This particular hotline is a Hollywood’s invention based on the connection established, thanks to encrypted newswires, between the Pentagon and the Kremlin after the serious communication problems emerged during the Cuban Missile crisis.

Since 1 January 2008, a new system of optic fibre which enables the confidential Exchange of emails between special computers is used. Its proper functioning is checked every hour every day of the year. In this relatively relaxed times, President Obama said in 2010, as a joke, that Twitter might one day become the direct connection between Moscow and Washington. 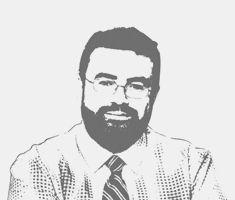 Pedro Rodríguez
Columnist of International Politics and analyst for various media
He has worked for twenty years as a correspondent for ABC newspaper in Washington. He is now a columnist of International Politics and analyst for various media. Special prize on graduation, Fulbright Scholar and Master’s Degree in International Relations and Mass Media in Georgetown University. He also completed some courses in the Diplomatic School of Madrid and in the School of Advanced International Studies (SAIS), at John Hopkins University. He wrote his doctoral thesis (Complutense University of Madrid) on the White House’s political communication. He is an Associate Professor at University Center Villanueva and Master’s Degree ABC-UCM.