When we say that the Ibero-American community is an active, dynamic reality in permanent construction, we honor the history of changes that shaped the different identities, shared values, common languages and a large and outstanding cultural heritage that characterize the region.

Its vitality is based on three main foundations: social cohesion and economy, knowledge and culture. Ibero-American cooperation, initiatives and programs are based on this triad and have been fostered by Heads of State and Governments in the Ibero-American Summits.

However, it should be recognized that investments in the fields of education, science or culture have not always been prioritized, as nations considered there were more urgent matters, despite the indisputable importance of these investments in order to build the necessary capabilities to foster sustainable development.

Nowadays, we are strongly committed to the implementation of a development model based on knowledge, science and technology. In fact, international indicators show that there is a direct relation between the investments carried out by a country in the fields of education, science and innovation and the health of its economy and state of development.
The data of 2011/2012 show that the percentage of GDP spent on R&D of the most developed countries oscillated between 2.8% and 4%, while in Ibero-America, Portugal leaded the ranking with 1.5%, followed by Spain (1.3%) and Brazil (1.2%), ahead of Argentina (0.6%) and Mexico (0.4%).

Nowadays, we are determined to promote a model based on knowledge, science and technology

If we analyze the creation of patents, which is a sound indicator of innovative capacity –which also has a strong impact on economic competitiveness and the improvement of the quality of goods and services– we can see that, between 2001 and 2010, South Korea, with 50 million citizens, filed 60,232 international patents, compared to 2,945 in Latin America and the Caribbean, with a population of around 600 million people. 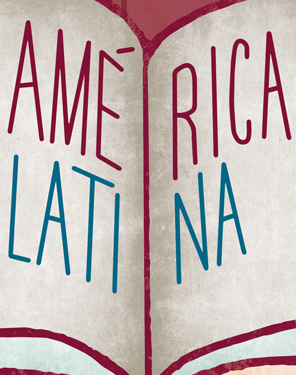 Large public and private investments in infrastructure, education, science, technology and innovation are the foundations for the progress of the Asian Tigers, a development marked by sustained high rates of economic growth and poverty reduction. Thus, we should undertake a productivity revolution in Ibero-America. We should add value to everything we produce, whether in the primary, industrial or services sectors.

A true productivity revolution based on innovation, knowledge and technology and its counterweight in the quality of education, training and investment in science and technology, a better infrastructure, fight against informality and the full incorporation of women to the economy and businesses. Undoubtedly, increased productivity will generate higher wages and more jobs, with a consequent positive impact on growth and distribution.

Making the leap in the right direction is feasible in a favorable time to meet this challenge. This does not merely imply allocating resources to policies and investments, but to provide stability in the medium and long term, as the results of this commitment will not be immediately obtained. Instead, in order for these results to be fully noticeable, they should be measured by the next generation, but the robustness of the economic growth and social development model that is thus achieved greatly outweighs the wait.

In order to reach these goals it is essential to build a real social and political pact, in which institutions, governments, public and private sector and organized citizens themselves need to form an alliance. Likewise, it is vital to launch significant actions that, thanks to their multiplier and dynamic effect, contribute to achieving these goals.

From the Ibero-American Summit, we want to contribute to these efforts.

It does not come as a surprise that the 24th Ibero-American Summit of Heads of State and Governments (Veracruz, December 2014) is entitled: “Ibero-America: Education, Innovation and Culture”. Thus, we have raised the need to commit to enhance the education at all stages, within our Latin American knowledge space, focusing on tertiary education, including technical and technological knowledge through academic mobility of students, teachers and researchers, based on the certification and recognition of studies as shown by the European experience.

We are facing an excellent opportunity to lay the foundation of what will be the great transformation of our region in the 21st century: an Ibero-America recognized worldwide for its commitment towards knowledge and culture, leading the fields of human development and social cohesion and an excellent example of the world we share. 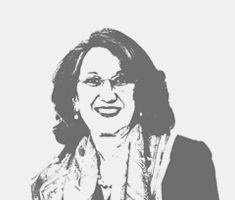