Business Families and Internationalization: “play fair and let everyone play”

Undoubtedly, one of the most important events of 2014 was the World Cup held in Brazil. Beyond sports and the happiness (or lack thereof) that our national team made us feel, every four years this event manages to bring a million people together from all around the world, transforming the host country for one month into the Global Village that McLuhan referred to.

It is precisely that village that businesses are interested in nowadays in order to grow. Thinking about 1% of the Brazilian, Argentinian or Spanish markets is thinking big and Latin American companies began to do so a long time ago.

But when it comes to expansion, growth, global economy or free trade it is not only the capacity to reach a market, but to become part of it. In this sense, the advantages for Ibero-America that common cultural factors offer seem to be ignored. These linking factors also bind businesses and markets. Let us note that it is only two languages (Spanish and Portuguese) that are spoken by over 650 million people. 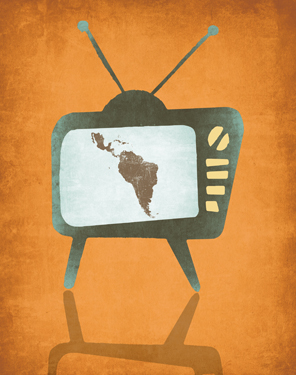 Market research, niches’ identification, production costs, efficiencies and many other management factors are the main elements to be considered when a company seeks to expand. Matters such as where to locate the production center, shared corporative services, etc., although important, are not relevant enough when undertaking an international expansion.

Creating an enterprise beyond national borders implies generating values in other communities and cultures. Thus, the first question that a family business should consider is the contribution that the organization’s Corporate Governance will make in a new cultural context. The question is not only what can be sold in a country, but what is important to them. It is not only a matter of offering the new jobs that the company will create, but also the development opportunities that the company can generate for that community.

Becoming part of a culture implies involving local talent in the decision-taking process, their experience and their history. It is essential to create high performance work groups that value diversity and integration, not competition. It also implies creating a space to understand the judgments and prejudices on both sides and accept them as part of the new reality that is being built.

Creating and expanding calls for the courage to take values into account, respect the local reality and be daring enough to take the best from others as if it were ours. This process also creates culture. It is important to take advantage of some cultural values that are abundant in certain places, such as the Latin-American warmth or the European tenacity and take it beyond their borders, thus generating knowledge and development.

The cultural heritage of each of the countries should also be taken into account: their features, artistic expressions, folklore, deeds and heroes. Businesses can become a perfect bridge and broadcast channel for all of the aforementioned points. In fact, there are amazing examples such as the initiatives undertaken by LAN through the project “Cuido mi destino” (I care for my destination) or Prosegur, another family company that, through its foundation and the program “Piececitos Colorados” (Colored Feet), promote education in rural communities, ensuring the customs of native people.

Therefore, it is important to note what factors have contributed to the success of certain Latin American companies when they decided to expand: incorporating the destination customs from the beginning, good practices and genuine respect for the environment and its people. Instead, failures have always been linked to mere transfers of business models from one place to another, thinking that the same success factors can be applied worldwide. Even in incredibly globalized times such as these, we need to identify ourselves with the reference group and make ours foreign elements that can help us. Minimizing this cooperative factor inevitably leads to failure.

Undoubtedly, business families that have decided to leave the national borders and face an expansion challenge, being brave enough to respect their values and integrate themselves legitimately into new communities, have succeeded. The market always rewards those who play fair and let everyone play. 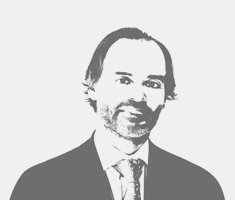