Change to ensure a promising project

The Ibero-American Summit will be held for the 24th time consecutively in Veracruz. It has been organized in an uninterrupted manner every year since 1991 in order to bring together heads of state and government of all Ibero-American countries. It soon became a success. This will be the last time it is organized yearly. From 2016 onwards the meetings will be held twice a year.

This change is more related to deep questions linked to the need of modernizing the functioning of the Summits and the organization of SEGIB (Ibero-American Secretariat General). Its relevance is explained through the great expansion that the Summit diplomacy experienced, particularly in Latin America, but also the need to preserve a space of great potential.

Among other questions, the Summits gave Latin American leaders the chance to contact in a periodical, regular and direct manner when there were no similar forums

The initial success of the project was based on cyclical and structural causes. Among the former, two interrelated grounds stood out. First, after the Cold War multilateralism seemed to prevail worldwide. In that context, the emergence of proposals such as the Ibero-American summit, that connected several countries of both continents, received an excellent feedback. Among other questions, the Summits gave Latin American leaders the chance to contact in a periodical, regular and direct manner when there were no similar forums.

The fall of the Berlin Wall and the demise of the Soviet Union promoted processes of democratization in Eastern Europe and raised the possibility for Cuba to walk a similar path. Back then, the government of Havana was virtually non-existent for Latin America. The Ibero-American Summits, which did not limit the participation of potential members, were the appropriate forum for Cuba to start normalizing its regional relations. Hence, Fidel Castro was a key actor along with King Juan Carlos. 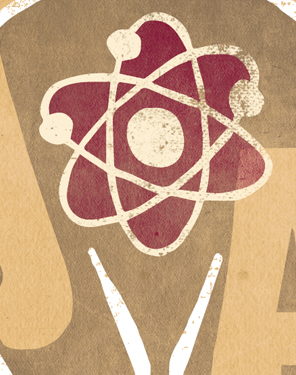 At the beginning of the 21st century the situation started to change. Regional and sub-regional Summits spread and new integration mechanisms were created. Due to the normalization of the Cuban relations with the region and its participation in many diplomatic instances, the Ibero-American summits became less important for Cuban diplomacy.

From a structural point of view the strength of the sustained relation thanks to two common languages, Spanish and Portuguese, should be noted. The long historical period of coexistence and development of cultures with multiple contact zones also played an important role. And if all this were not enough, powerful personal, familiar and social links, based on migratory processes occurring in both directions were also prominent. During the 21st century there have been massive arrivals of Latin Americans in Spain and Portugal, which slowed down since 2008 with the deep crisis that suffocated both countries. Since then, a large number of Iberian young people have gone to Latin American destinations.

All these elements sustain complex relations, often invisible, but firmly based on networks and associations of all kinds, which cover a broad spectrum of social and daily life activities. There are over 500,000 Ibero-American cultural, academic, scientific, professional, sport associations, etc. It is those intangibles which explain the strong daily presence of Spain and Portugal in Latin America and Latin America in Spain and Portugal on which the whole potential of the Ibero-American project lays.

It is important to enhance the role of culture and cooperation. This does not merely involve rescuing the creations of a glorious cultural past, but exploiting the enormous economic potential that Spanish has

For a long time this was considered a tool of Spanish foreign policy. To put an end to this image and ensure its future it will be essential for Latin Americans to feel this as their own and commit to it assuming its full potential. As noted by the Ibero-American Secretary General Rebeca Grynspan, we need to Latin Americanize Ibero-America, giving greater prominence to Latin American governments and societies.

This objective cannot ignore the circumstances of Spain and Portugal, amidst a severe crisis, nor the fragmentation that currently characterizes Latin America. Hence the importance of enhancing the role of culture and cooperation in this project. This does not merely involve rescuing the creations of a glorious cultural past, but exploiting the enormous economic potential that Spanish has.

In this way, the nearly 650 million Ibero-Americans could take better advantage of their potential, contributing to a further development of their economies and welfare of the citizens. This is the reason for which it is essential to implement the necessary changes to ensure the viability of a project that, so far, despite its difficulties, has been successful and has a great future ahead of it. 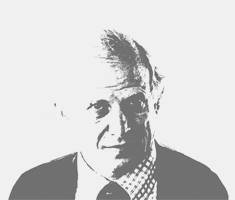