Education for endeavors, innovation to grow

The title of the next Ibero-American Summit: “Ibero-America in the 21st Century: Education, Innovation and Culture”, describes the challenges and strengths of the Community members as regards globalization.

Latin American and Caribbean countries have left behind the years of solitude and have become part, in general, of the globalization of our time. The countries that have strengthened their democracies and promoted sound macroeconomic policies have generated a sustained economic growth in the last decade, poverty has been reduced by 70 million and the Gini coefficient has improved; the region’s average was 0.58 in 1996 and dropped to 0.52 in 2011. Furthermore, Multi-Latin companies have become prominent business actors, operating in North America, Europe and Asia.

European partners have also experienced an impressive development, despite having to cope with the most severe socioeconomic crisis in decades. Spain is the origin of multinational groups with a high technological component that had barely begun the process of internationalization twenty years ago. This change can be seen in the fact that Spanish investments in Latin America are the second largest volume in the region, eleventh worldwide, with over 600 billion dollars, 2.7% of the total, according to UNCTAD.

However, all countries of the Community must continue analyzing the keys to further integrate ourselves successfully in this globalization process. Particularly, now that the economic outlook in Latin America is less positive and that the expected growth of the European partners is below previous expansionary periods. Thus, raising the issues of education and innovation as the key points for debate in the Summit of Veracruz is a sound decision.

Ibero-Americans must become an innovative Community in the field of technology, just as we are entrepreneurs and innovators in other sectors such as culture

Despite the efforts that have been made in recent years in education, the results by the Latin American partners in the PISA 2012 OECD report could be improved. Iberoamerican universities do not stand in the rankings either. Therefore, in addition to continue promoting policies that improve the quality of education, it is imperative that the learning of technical and scientific studies is encouraged. The undertaking must be present at all stages of education, particularly in European countries from the Community where the entrepreneur spirit is lower.

Models that offer continuing education for employees and entrepreneurs should also be promoted in order to enhance innovative capabilities, particularly in the field of technology. In this sense, Toffler states: “The illiterate of the 21st century will not be those who cannot read and write, but those who cannot learn, unlearn and relearn”. Technology offers many solutions in this area at a reasonable cost. 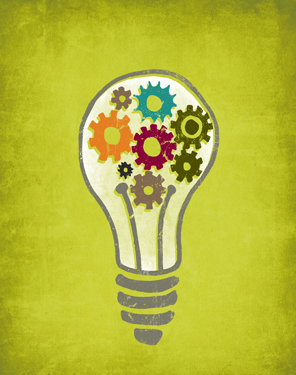 Entrepreneurship with a higher added value and a favorable environment for R+D+i would improve the innovation level. Among other measures, collaboration between public and private research centers and companies should be promoted, as well as private investment in R+D. According to the World Bank, the members of the Community with less than 1% of GDP spent on R+D are well below the global average spending level, which reaches 2.13% GDP. On the other hand, the creation of a network of R+D+i centers in the Community countries could have a multiplier effect. Ibero-Americans must become an innovative Community in the field of technology, just as we are prominent entrepreneurs and innovators in other sectors such as culture.

Culture, in all its forms, is strength of the Community, not only because of the common elements, particularly the two languages that unite both sides of the Atlantic, but also diversity, which enriches the Ibero-American cultural space. Our culture gives us certain unique features that allow us to face this time of changes and a permanent need to reinvent oneself with more confidence. Furthermore, it should be noted that the Ibero-American community has the most important, vast and diverse historical and artistic heritage of the world. Culture provides principles and values to our Community and, together with its heritage, also offers a great economic opportunity.

Innovation is the key element that will ensure a cycle of strong and sustainable growth, increasing productivity and entailing higher levels of social inclusion. Technology will play an important role and we will need to seize the opportunities that the digital economy and society will offer in order to promote alliances that generate a more cohesive Community; together we can be much stronger and competitive in a globalized world. Veracruz could be the starting point to lead us in the right direction. 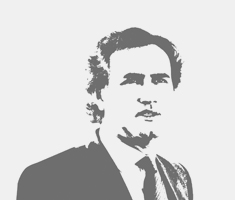 Tomás Poveda
Director General of Casa de América
Since 2012, he is Director General of Casa de América. He graduated in Law at the Complutense University of Madrid and completed his Master’s Degree in European Law at the ULB, Université Libre de Bruxelles, in Belgium. Tomás Poveda has broad experience in the management and direction of institutional relations and regulation in multinational companies such as General Electric. The Casa de America in Madrid is a public diplomacy institution of the Ministry of Foreign Affairs and Cooperation. This organization holds discussions and activities on key issues for America and socio-political, cultural and business-economic affairs. @Tomas_Poveda