Mexico will again be the host for the 24th Ibero-American Summit of Heads of State and Governments, as the first meeting was also held Mexico in 1991, more specifically in the city of Guadalajara.

This time it will take place in Veracruz, a city whose importance is key in the history of Ibero-America. The city will host the summit on December 8 and 9, 2014, under the slogan: “Ibero-America in the 21st Century: Education, Innovation and Culture”. All ministerial meetings, seminars and preparatory forums will revolve around these issues.

President Enrique Peña Nieto has mentioned several times that the concept of a transformed Ibero-American summit is still necessary (it encompasses 22 Spanish and Portuguese-speaking countries, with over 630 million people), but it must be changed to meet the new challenges and continue yielding profits.

The consolidation of the Ibero-American space represents the best way for Ibero-America to face its present challenges and plan its future. The validity of the Summit lays on understanding that the education, innovation and culture are the guiding principles through which the Ibero-American community will reach its full development, in the context of a global community, as was established in the Declaration of the 17th Ibero-American Cultural Conference in August 2014.

Additionally, the aforementioned Declaration considered that education was the most valuable resource for people, societies and governments in Ibero-America, thus innovation becomes an essential tool in the educational process, vital for our development. The interaction between both elements is mandatory nowadays. 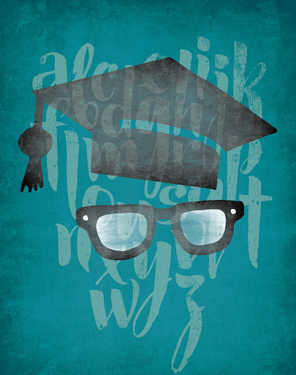 However, it is important to understand that, in order to make any progress in education, it is essential to recognize the need to build talent networks. International academic mobility is an innovative experience that contributes to improving the quality of education and has a significant impact on the lives of those who seize this opportunity, as it expands and enhances their cultural heritage and intercultural skills, encouraging people to develop new knowledge and expertise. Improving the intensity of the contacts, dialogue and cooperation in the Ibero-American Knowledge Space will translate into a larger capability to innovate and create, to favor the creation of an “Ibero-American Citizenship”.

Therefore, through the Ibero-American Cultural Space and the Ibero-American General Secretariat, the implementation of public policies will be fostered and coordinated among all countries and specific programs will be developed to encourage the mobility of professionals within the cultural sphere and the movement of cultural goods and services.

Furthermore, a Cultural Digital Agenda for Ibero-America will be created, with a transversal approach, to foster the inclusion of Latin American culture in the global information networks –with special attention to copyright– and promote the participation of the society in the great possibilities offered by digital culture.

Finally, the Mexican proposal to assign a permanent working group, initially composed of Argentina, Brazil, Chile, Colombia, Costa Rica, Spain and Mexico, coordinated by SEGIB, with the support of OEI (Organization of Ibero-American States) was approved. Its main task will be the creation of the Ibero-American Cultural Digital Agenda, focusing on the systematic digitalization of the cultural heritage and the generation of shared local content, digital platforms, technology in cultural spaces, digital arts and creative industries; recognizing the differences and asymmetries between countries. This process must take place in an atmosphere of respect and protection for cultural diversity and promotion of economic sectors linked to local digital culture.

Education, culture and innovation are the spearheads of Quixotes, but also essential tools to shape the future with the feet on the ground

In reference to the great territory in La Mancha that Carlos Fuentes mentioned when he described Ibero-America, it only remains to say that education, culture and innovation are the spearheads of Quixotes, but also essential tools to shape the future with the feet on the ground. 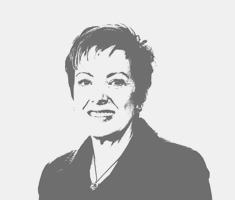 Roberta Lajous
Ambassador to the Kingdom of Spain and the Principality of Andorra
Roberta was appointed ambassador of Mexico to Spain in 2013. She is the author of the book Historia mínima de las Relaciones Exteriores de México 1821-2000 (A Short History of Mexican Exterior Relations 1821-2000), published by El Colegio de Mexico in 2012. She has also served as the ambassador of Mexico to Austria, Cuba and Bolivia, and was appointed Mexico’s permanent representative to the U.N. in Vienna and New York. @robertalajous [Mexico]