Ibero-America, a community based on culture

An Alliance is based on the identification of common interests that must be protected; a Community is something different, a Community lays its foundations on identity elements shared by all members, from which joint projects are built.

It has been said many times that one of the most homogeneous regions of the world is Latin America, a continuous territory that has shared a history and culture for over 500 years (which merged with other own original elements of each sub-region), with close blood ties that flow through the continent, two very similar languages that are closely related and similar political and economic systems. This Latin America is a community that shares the same features that define it (language, culture, history, blood ties, democracy and market) with the Iberian Peninsula, thus widening this Community and creating the Ibero-American Community. Its manifestations are countless. Our businesses, universities, professional associations, journalists, etc. have created a complex network based on interests and cooperation that generate the Ibero-American Community.

Spanish, with over 450 million native speakers is an essential element for Latin American cultural, social and economic cohesion and a first-order geostrategic element

And our citizens, with a social and family network whose intensity cannot be matched anywhere else in the world, are the real foundation on which the Ibero-American space is built.

The functioning of this Community is relatively autonomous, it merely requires a favorable context that enables and promotes the expansion of the networks of affections and interest that constitute it. This is where politics in general and the Ibero-American Conference and Summits in particular need to intervene. Indeed, the Summits are the expression, at the highest political level, of this active Community. Ibero-American institutions, whether Summits, SEGIB or several Ibero-American Organizations, are at the service of the Community, to promote its activity, contacts, cooperation and integration of the 22 societies that comprise it, the 650 million people that are part of it.

Undoubtedly, the nexus of this Community is culture. As Carlos Fuentes stated, the culture is the infrastructure of Ibero-America. That probably is a pending task, explaining what Ibero-America is, a challenge that SEGIB seeks to meet as a part of its renovation process. It is mandatory to design an Ibero-American presence in the U.S., a country that has over 55 million Latin Americans. The status of the Spanish language (the U.S. will become a bilingual country in the next years), will also depend on the initiatives implemented by the Spanish-speaking countries at a national level and within the Ibero-American institutions. The Ibero-American conference provides the required framework and tools to undertake initiatives in this field. 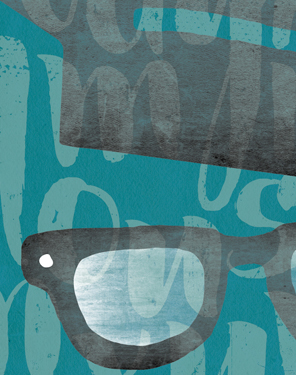 Spanish, with over 450 million native speakers (only behind Chinese), official language in 21 countries, 19 of them (and Puerto Rico) with territorial continuity, has a very high level of communicability, thus becoming an essential element for Latin American cultural, social and economic cohesion and a first-order geostrategic element. In the current process of globalization, through which the center of the world is shifting from the Atlantic to the Pacific and particularly towards China, the idea of building an economic and political space between Europe and America is obviously appealing. And the Ibero-American Community, with a foot at either side of the Atlantic, could positively contribute to the construction of this space. The start of negotiations between the U.S. and the EU in relation to a free trade agreement gives reasons to believe that this hypothesis is viable. If the aforementioned negotiations were to come to fruition and, at the same time, we renew our efforts to give a final push to the negotiations between the EU and Mercosur, the result would be a Euro-American space based on a network of political, trade and development agreements that would create a Western block in a globalized world, where the most important political-strategic groups are arising around large cultural communities. In a scenario such as this the Ibero-American Community would naturally play an important role.

Education is very linked to culture, as the backbone of the elements that define Ibero-America, it is also an essential element for this community and, at the same time, the way into the future. Everything that has been said so far as regards a common language and culture promotes a large Ibero-American educational project. This project could be articulated around two pillars, the mobility of talent and knowledge transfer.

Talent mobility calls for the transfer of professionals; in the places where there is a surplus, talent must leave towards places where there is demand and implementing this requires the removal of many barriers: administrative (recognition of qualifications), corporate (professional associations) and immigration (visas) for engineers, architects, doctors, teachers, etc., so that they can freely move within the Ibero-American space.

Education is an essential element for the Ibero-American Community and, at the same time, the way into the future

Knowledge transfer requires specific programs and projects to promote students’ and teachers’ mobility, cooperation in the fields of research and technological transfer in order to develop an Ibero-American knowledge market.

Edmundo O’Gorman, a prominent Mexican historian, defended, with good arguments, that America was not discovered, but invented. We could say the same about Ibero-America, not even as a Community, which is prior to all of us, but as a political project based on culture, education and cooperation between all Member States. The renovation of the Ibero-American system that currently involved all the countries of the Summit will contribute to the consolidation of this process. 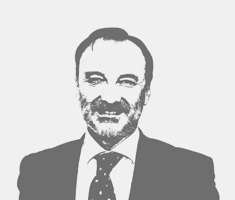