In recent years, the presidential Summits have become a trend within the meeting framework of several international organizations and sub-regional mechanisms. They seek to meet the challenge of reaching specific agreements between nations so that they become public policies within the participating nations in the future. The 24th Ibero-American Summit, which will be held in December in Veracruz, Mexico, will have the opportunity to show its validity in the midst of the debate about its usefulness.

Created in 1991, the Ibero-American Summit represented the first diplomatic effort to bring together Latin American Heads of State and their Spanish and Portuguese counterpart; from that moment onwards, a wide range of mechanisms have been created in order to ensure Latin American integration, among which two stand out: The Union of South American Nations (USAN) and, more recently, the Community of Latin American and Caribbean States (CELAC).

Part of the initial objective of the Ibero-American Summits was to establish a link between Latin American countries and Europe through their old metropolis. Nowadays, Latin American and Caribbean countries do not only have their own political forum, but have established a formal relation between CELAC and the EU.

There have been developments in the region from a democratic and economic point of view. Latin American countries have taken important steps, for example, facing with relative success the global financial crisis. Yet, Latin American nations are still fighting to reach essential goals such as the eradication of poverty and inequality, high quality education, elimination of corruption, strengthening of the institutions and a sustainable economic development.

In this context, with a constantly changing Latin America, the Ibero-American Summit has been forced to evolve in order to adequately meet the challenges of the current dynamic global circumstances. There are many noteworthy initiatives such as the proposals to change the frequency of the Summits in order to hold two meetings every year, alternating with the CELAC-EU summits; the financing scheme so that Latin American countries provide a more fair share compared to Spain and Portugal or the strengthening of the Ibero-American Secretariat General to promote the creation of a structure that integrates the various Latin American agencies and efforts.

In the context of a constantly changing Latin America, the Ibero-American Summit has been forced to evolve in order to adequately meet the challenges of the current dynamic global circumstances

Enrique Iglesias, first Ibero-American Secretary General, describes the Summits as the tip of an iceberg, which clearly shows the interest of all countries to continue participating, but is much deeper than can be seen. The Ibero-American system includes a structure that expands the scope of presidential agreements.

Following the works that these organizations have made, and in recognition of the potential that the Ibero-American links generate, the topics to be handled in the 24th Ibero-American Summit will be education, culture and innovation. The designation of these issues is what will maintain the validity of these summits over other regional multilateral mechanisms.

Culture is the basis for political and economic cooperation. Identifying oneself with Iberian and Latin American cultures can be easily achieved. However, this identity, goes beyond the language, still much needs to be developed in favor of our nations. There are many cultural elements that connect us, but also differences that enrich us. The miscegenation that began five centuries ago continues deepening through multiple migration processes both within Latin American and from Latin America to Spain and Portugal. According to the Spanish National Institute of Statistics, two and a half million Spanish-speakers in the country were born in Latin America.

In this sense, a proposal that has been discussed but not yet defined, which the Summit of Veracruz could promote, is the establishment of an academic exchange, of students and teachers, among the 22 Member States. This program, inspired by the European ERASMUS, would not only eliminate all barriers, but also promote cultural exchange and enhance the knowledge and skills of all participants. Academic exchanges foster the global citizenship feeling of students and their contact with people of fraternal countries. This would be a concrete action through which the cultural links between countries and professionals of several areas would be strengthened.

According to the United Nations, 26% of the 600 million Latin Americans and Caribbean people are between 15 and 29 years old. Obviously, not all of them are college students, but if those who go to the university are given a global education, we contribute to the development of the countries both from an economic and a social and political point of view. Unequal access to knowledge, as expressed by Secretary Grynspan, creates the most profound social and economic gaps. Mexico has 20 agreements to promote cooperation or exchange in cultural affairs with countries of the Ibero-American system, however, only 8 countries offer scholarships to Mexicans.

This program would promptly develop what former Chilean President Ricardo Lagos, former Mexican Foreign Minister Patricia Espinosa and former Ibero-American Secretary General Enrique Iglesias proposed in “A reflection about the future of Ibero-American Summits”: a common pace for culture, a common space for knowledge and a common space for technology and innovation. It is only a proposal, among the many that have been made in order to promote the strengthening of the Ibero-American space and the usefulness of Summits. Certain approaches like the one defined by the G20 should also be taken into account and a common position should be agreed by all Latin American countries. Other important topics with a transnational scope such as public safety and migration should also be addressed.

With the changing political, social and economic landscape in Latin America, Ibero-American Summits have the potential to be at the forefront of the promotion of young people to help them reach their true professional and political potential. 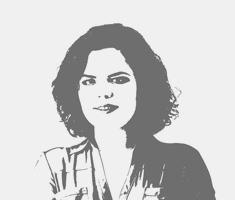