The next Summit to be held in Veracruz will undoubtedly be a date of great significance, perhaps more than previous ones, and this is due to the renovation process that the Ibero-American cooperation system is currently undergoing. We are in a time shaped by the economic urgency that many countries are experiencing, democratic consolidation, a significant decline in poverty and the emergence of a middle class seeking to improve –or at least hold– their status. These factors have redefined the Ibero-American geostrategic perception, increasingly attractive for Asian markets and have also generated the creation of new financial, cultural, migratory and technological circuits.

In this scenario, the principle that the wealth of a country lays in the investments in human capital, linked to the training demands of the middle classes, make the issues that will be handled in the Veracruz Summit –educational and cultural– particularly relevant. Thanks to the introduced innovation concept, the meeting is endowed with a more entrepreneur-like point of view, beyond the traditional pedagogical and cognitive approaches, obviously essential. The 21st century economies have a new growth and competitiveness engine: innovation. This explains the sustained efforts made by China, the U.S. and EU, despite the limitations of the crisis, on R&D and, particularly, the commitment of the private sector towards knowledge and technology as a source of added value and guarantee of economic return. Beyond the debate between “innovation Keynesians” and those who demand greater incentives for companies, the potentiality of this matter lays on the internalization of trade: it is through this how the transfer of knowledge is channeled, the technological diffusion is multiplied and profits are maximized, not only in economic terms, but also as regards creativity, welfare and social benefits. We only need to think of the health advantages that biotechnology entails or measure the impact that the cultural industry had in the revolution of telecommunications. Obviously, the profitability of innovation has led to certain fraudulent activities by governments (infringing copyright) or interventional (imposing protectionist conditions to foreign companies) aimed at obtaining short-term returns, at the expense of the most important and hard step: achieving self-generation of knowledge.

The potentiality of this matter lays on the internalization of trade: it channels the transfer of knowledge and multiplies technological diffusion 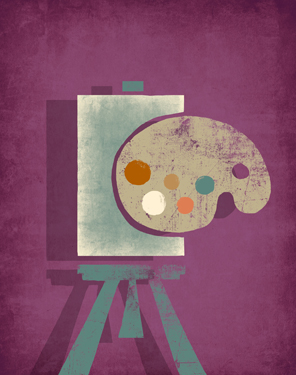 It is in this point where the importance of science promoters can be seen: universities and research centers. In the concept known as knowledge triad, where the efforts of governments, businesses and academic institutions converge, the latter need to produce and validate the scientific advances that lead to the introduction of new devices or applications in the market: a process that often entails the “multiplier effect” that users generate, democratizing innovation. As occurs in the business arena, public funding of R&D is subject to a debate, overlapped by the discussion regarding the presence of private corporations in the creation of knowledge. However, notwithstanding its importance, the focus is centered on the opportunities that internalization, again, brings to the table.

It does not seem coincidental that the best Ibero-American universities, according to the latest QS ranking, are located in the countries that receive the most foreign investment: Argentina, Brazil, Chile, Colombia, Mexico and Peru. Neither seems to be the emphasis that these governments are putting, at the same time, on foreign exchange programs, among which the ones implemented by Brazil and Ecuador or the Academic Mobility Platform of the Pacific Alliance, a type of intra-regional Erasmus, stand out. Precisely, the implementation of an Erasmus extended to all of Latin America will be one of the main points of the Veracruz Summit. It should be noted that this model did not only serve Europe to strengthen the awareness of the citizen role, it also enhanced the articulation of a common scientific space and, equally important, promoted the European professional movement. Thus, academic mobility –where the private and public spheres usually join forces– is for the academic-scientific sphere the same as technological transfer for the business world, an element that has a positive impact on innovation, prosperity and employment levels in our knowledge societies.

Academic mobility is for the academic-scientific sphere the same as technological transfer for the business world, an element that has a positive impact on innovation, prosperity and employment levels in our knowledge societies

23 years after the start of the Summit system, in which Spain played a central role in relation to the expansion of its external action, our country must contribute to update it and face the challenges of a transformed world, bringing fresh ideas –aimed at strengthening the transatlantic networks of talents and reward creativity and entrepreneurship–, and its mediating experience as a European nation. One of the main tasks will be taking advantage of our great economic value to establish it not as a cultural asset, but as a vehicle for scientific-technical communication and, thus, international trade. This is our pending innovation. 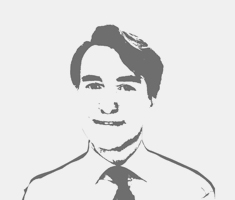 Jesús Andreu Ardura
Director of the Fundación Carolina
He graduated in Law at the University CEU San Pablo and belongs to the 22nd promotion of Senior Civil State Administrators. He has been working in the field of international relations since 1987, having been Director General of International Communication of the State Secretariat for Communication and worked as Press Counselor at the Embassy in Lisbon. Between 2007 and 2012 he was member of the Board of Corporación RTVE and since April 2012 he directs the Fundación Carolina, an institution headed by His Majesty the King of Spain, which fosters educational, cultural and scientific relations between Spain, Latin America and other regions. @JesusAndreu_FC