The bridge has cracks

When looking at the program of San Sebastian Film Festival 2014 we can note the large number of Latin American film screenings that will take place and the vast amount of genres that will be covered. Yet, with the exception of a couple movies, the Spanish presence is nonexistent. With each passing year the presence of Spanish businesses, artists and technicians diminishes. And this has occurred in all festivals: Cannes, Berlin, Venice, Toronto, etc. And what is even worse: hardly any Ibero-American films are released in Spain and even less are co-produced with Spain.

When seeing the Latin American co-production meeting which takes place every year in San Sebastian, where several projects seek to find co-producers, most of the Latin American film makers looked for German or French producers and not Spanish. We are no longer their potential partners or companions. Why?

As regards cultural policy, we are in retreat or in disbandment, with an almost nonexistent cultural policy. If we look back in time and remember the creation of the Ibermedia program, Aznar’s government and his Secretary of State for Culture, Miguel Ángel Cortés, will come to our mind. They thought that the film industry was important to promote Spain in Ibero-America and with the support of the Foreign Ministry, the program was launched. In the Summits of Heads of State, there were talks about films, we met with the filmmakers and the authorities, there were debates about the common future of Ibero-American films, the famous market of the 500 million Spanish-speakers seemed possible and, most importantly: we had faith and were looking forward to our future.

It is very important to make films, but most Latin American movies are merely released in their home country and, in some occasions, in the country of the co-producer 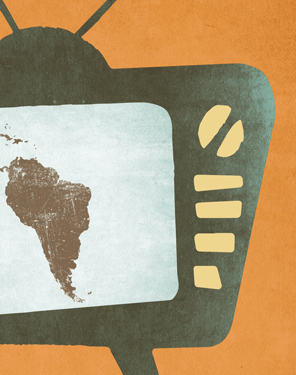 I will try not to get carried away by the nostalgia of the incredible future that was ahead of us when talking about the Ibermedia program. Spain was the promoter of the program. The best point was setting the condition that, in order to be part of it, all countries had to finance the project, contrary to what happened in other programs. Most of the Spanish economic contribution came from the Foreign Ministry, which gradually decreased, and thus our power diminished as well. Despite the good work carried out by Itziar Taboada, we are losing ground in favor of Brazil and other countries that consider the film industry to be an essential tool for their future. Ibermedia works incredibly well in fields such as film co-production, script development or professional training, but it still is a black hole as regards distribution. It is very important to make films, but most Latin American movies are only released in their home country and, in some occasions, in the country of the co-producer, but rarely in other American nations, Spain or Portugal. And this is a field that we need to further develop. We should promote a film distribution program for the Latin world.

The Latin American film industry authorities should think about this problem and look for solutions in order to promote the distribution of movies, since cinemas are closing in Spain while they gradually grow in Latin America. Ibermedia has also achieved to foster the broadcast of Ibero-American films in a many private and public televisions.
We have a common language, dream in the same language and the variety of words and accents enriches our culture. We are stronger together and we can build and enjoy common images and ideas. We seek to tell our stories in a sound manner and technicians and actors are constantly improving; our enterprises can produce films and series as good as the ones made by other European and American film producers.

The Latin American film industry authorities should think about this problem and look for solutions in order to promote the distribution of movies, since cinemas are closing in Spain while they gradually grow in Latin America

I think it is unbelievable to merely accept that the film industries of Argentina, Brazil and Mexico receive much larger funds than Spain. Whenever I get asked I always say that as an entrepreneur I want to compete with the same support that German, French or British producers receive, not more, but not less either. We are amazed to see how promotion initiatives are growing in Mexico, Brazil and Colombia, while ours are decreasing and we continue wondering whether the government will pay what is due three years later after it was produced.

Does anyone really believe that 60 million euros a year cannot be allocated to support the film industry, but billions can be used to bail out banks?

I hope that, someday, someone in power realizes the mistake they have made as regards cultural policy and completely changes the current path.

The other side is still there, waiting for us to return and rebuild the bridge we should had never left ignored. There is still time before it finally collapses. 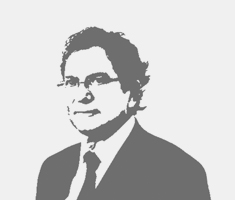 Gerardo Herrero
Film Director and Producer
He founded the company Tornasol Films in 1987. He has produced 143 movies and received over 80 awards. Notably, an Oscar for best foreign film for the movie El Secreto de sus ojos (The secret in their eyes), directed by Juan Jose Campanella, León de Plata (Silver Lion) at the Venice Film Festival for Balada triste de trompeta (The last Circus), by Álex de la Iglesia and Canne’s Palme d’Or for El viento que agita la cebada (The Wind That Shakes the Barley), by Ken Loach. Between 1993 and 1994, he headed the Real Academia de las Artes y las Ciencias Cinematográficas de España. Furthermore, Mr. Herrero is a founding member of the Escuela de Cine de la Comunidad de Madrid and promoter of the Programa Ibermedia. From 1997 to 2000, he was President of FAPAE and Secretary General of FIPCA until 2001.