The cinema that unites us

IDEASUNO MagazineThe cinema that unites us

Cinema brings us closer to the everyday world of illusions, reality and imagination. The cinema is, undoubtedly, an excellent vehicle to transmit values and strengthen ties. No other cultural expression has as much potential to show different cultures and ways of life as the cinema. That is a well-known fact in the U.S. and Americans have taken advantage of it for decades to spread their culture and values worldwide with great success.

Spanish is spoken by 500 million people all around the world and, yet, we have not been able to seize this opportunity and link for our stories. The time has come. Spain and Latin America have an huge talent pool and great creative power; cultural, idiomatic and historical proximity, with the particularities of each nation, constitute one of the most significant inspiration sources that we need to translate into the audiovisual language to reflect our story as we want to tell it, our life as we would it to be seen and our traditions and customs as they are and were. It is us, the Ibero-American community, who must tell this in order to prevent others from interpreting our story.

Can we do it? Of course we can. But it is mandatory to establish cooperation policies to strengthen the presence of Ibero-American movies abroad, look for stories, places and artists that unite us, boost the internal market. We must promote co-production, cooperation programs and the organization of festivals and other joint promotion initiatives.

Cultural, idiomatic and historical proximity, with the particularities of each nation, constitute one of the most significant inspiration sources that we need to translate into the audiovisual language

A good example of this was the first Platinum Awards ceremony, organized by Entidad de Gestión de Derechos de los Productores Audiovisuales EGEDA (Intellectual Property Rights Management Body) and Federación Iberoamericana de Productores Cinematográficos y Audiovisuales FIPCA (Ibero-American Federation of Film Producers) in collaboration with other institutions, which was held in Panama in 2014. Over 700 films were submitted, representing 22 Latin-American Spanish-speaking countries plus Brazil, Portugal and Spain in the most important event for the international promotion of Ibero-American movies. The media from 28 countries generated over 1,700 news of the first edition of these awards, which reached 16 million people worldwide. The magnificent reception that this initiative was given is the first step to promote Ibero-American movies, but, all of us together, need to foster it at a global level. 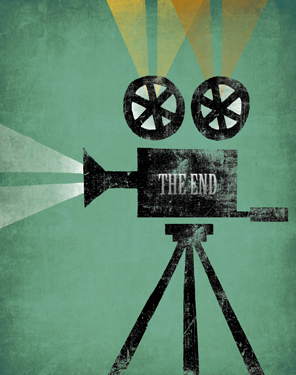 We must understand that by protecting intellectual property we are not only ensuring the future of creators, but also guaranteeing content continuity, of “our content”, to continue promoting the information society. And we should not forget that protecting intellectual property we support a quite significant sector, as the audiovisual industry is not only a strategic industry from a cultural point of view, but also in economic terms. This industry contributes to the creation of jobs and attracts investment from all sectors of the national economy. It also is an exceptional element to promote the “national brand” by exporting its culture, history and values; an incredible factor to attract tourism.

Unfortunately, not everyone recognizes the intellectual property right. Piracy, incredibly deep-rooted in certain minds, is causing terrible consequences in the film industry and hurting creators as well. It is essential to put an end to the philosophy of “completely free” in relation to contents, a completely unthinkable stance when talking about other goods or services. And this is something we all need to agree on. The strengthening and development of our film industry is at stake.

It would be impossible to understand the film industry without taking the U.S. into consideration and, therefore, EGEDA has a strategic alliance with MPA (Motion Picture Association of America) to foster Spanish and Ibero-American films in the United States. We have organized annual Spanish film shows in Los Angeles since 1994 and Miami for the last four years. The objective is not only to publicize and promote the most recent productions, but to create a meeting place for the American, Spanish and Ibero-American industries.

Combined efforts sometimes achieve what seemed impossible, also in the complex and difficult field of project financing. Co-productions, fortunately increasingly frequent among Latin American countries, are a solution that needs further development, and financing through specific guarantees for the audiovisual industry should also be promoted. These are the type of solutions offered by “Audiovisual SGR”, the first mutual guarantee for the audiovisual sector, created by EGEDA and the Spanish Ministry of Culture. Both options are compatible and necessary to strengthen the Ibero-American film industry. 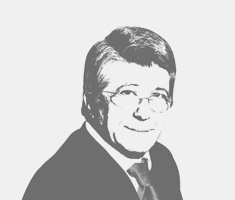 Enrique Cerezo
Film Producer, Distributor and President of EGEDA
He started his career in 1966 with the filming of Un millón en la basura (One million in trash), directed by José María Forqué. In the late eighties, he produced great Spanish movies: Cómo ser mujer y no morir en el intento (How to be a woman without dying while trying), Todo es mentira (Nothing is true), among others. In the last ten years he has produced over 70 films, among which the following stand out: Las Brujas de Zugarramurdi (The Zugarramurdi’s witches), La pata Quebrada (The broken leg), Brujas (Witches), La buena estrella (The good star), La hora de los valientes (Time for the brave), You’re the one, El oro de Moscú (Moscow’s gold), Juana la loca (Joanna the mad), Las 13 rosas (Thirteen roses) and Todos estamos invitados (We are all invited). But the most interesting point of his professional career is no other but VIDEO MERCURY FILMS, a company founded in 1980 completely devoted to the recovery of Spanish film industry. Furthermore, since 1998 he heads EGEDA Entidad de Gestión de Derechos de los Productores Audiovisuales (Management of audiovisual producers’ rights).