The Ibero-American Community of Public Administration

Language is said to be that path that unites the people who share it. Through this idiomatic path, people, arts, businesses and also institutions transit. Thus, when we talk about the need to jointly defend our common Ibero-American culture, our administrative and legal institutions, which have reciprocally improved over the centuries, should be included. They, as occurs with our language, are periodically threatened by the incorporation of foreign customs.

Citizens demand from their governments and public administrations a different way of exercising power and more efficiency and effectiveness to solve public problems in order to promote economic development and social integration. It is a priority for the public governance of our countries to strengthen the confidence in public institutions and their capability to meet the needs and preferences of the population. To achieve this, it is mandatory to have greater confidence in the citizens and gradually empower them so that they play a more active role in the pursuit of common welfare.

Our governments need to connect administrations, services and information to create common spaces of knowledge to learn from the successes and mistakes of others in order to progress and innovate more rapidly. Thus, it is essential to focus on the talent of people that are part of the public organizations and create an ecosystem that links the talent of many Administrations and the society. Therefore, the main challenge is to attract, manage and retain the talent of those people, knowing that education is the key to achieve this. 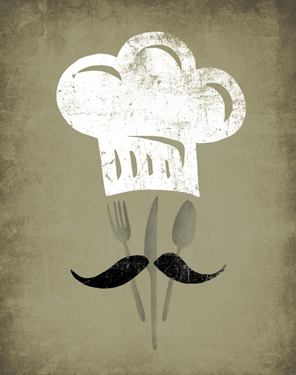 The Ibero-American Administrations need to have expert public officials, with expertise in the field of public governance, clearly citizen-oriented, that identify themselves with the institutions and their goals and proactively propose initiatives. The professionalization of the Administration is a very important development factor that enables States to face their challenges more effectively.
Ibero-American countries, aware of this reality, are building in recent years a community of knowledge in public Administration. Thus, the Ibero-American Summits of Heads of State and Governments have approved or supported several initiatives proposed by the Latin American Centre for Public Administration and Development (CLAD) on core issues of governance: quality, digital government, civil service, citizen rights and duties and civic participation. These documents, along with the statements, consensus and codes agreed by everyone at the CLAD are gradually transforming the public governance in Ibero-America. These commitments strengthen the feel of being part of a common public culture, embodied in institutions and own rules and regulations.

The first Ibero-American Meeting of School and Institutes of Public Administration, held in La Antigua at the headquarters of AECID in March 2014, an initiative of CLAD, Guatemala and Spain, helped strengthen the Ibero-American community in the public sphere and the promising start to the creation of a common agenda in public administration. This meeting gave us the opportunity to debate about social ecosystems within the Public Administration, intrapreneurship communities, knowledge banks, learning organizations, professional skills, the need for assessment, indicators, education and learning of civil servants, professionalization of our Administrations, the creation of a bank of good practice behaviors, strengthening the Ibero-American School of Administration and Public Policy and commitments to focus on education and talent as the driving force for change for our institutions and, thus, our society. The objective is to achieve more coherent and efficient policies and promote integrity, quality and performance of the institutions and public services.

The 16th Ibero-American Conference of Ministers of Public Administration and State Reform has led to the strengthening of the Ibero-American community in the field of public administration. In this preparatory meeting for the upcoming Ibero-American Summit, held in July 2014, the Member States approved to send the following documents to the Summit: “Las Competencias como Eje Fundamental de la Profesionalización de los Servidores Públicos en Iberoamérica” (Competences as the essential basis for the professionalization of public servants in Ibero-America) and “Crecimiento Sostenible de las Ciudades” (Sustainable growth of cities). Both show the commitment that Ibero-America has towards a more efficient management of our Administrations to enhance the quality of life of citizens, social organizations and businesses. 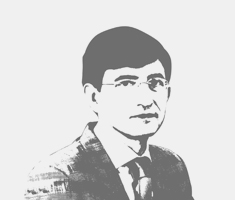