The three levers of change in Latin America

Latin America is undergoing a positive social, economic and political dynamism, which can be clearly seen in every Ibero-American summit. However, despite the advances of recent years, there is a wide range of structural problems that remain unsolved and represent, with different incidence, common problems for the 41 countries of the region and over 570 million citizens.

It is true that in recent years significant advances have been made in order to reduce poverty. At the same time, around 50 million people have joined the middle class, according to ECLAC and UNDP. Yet the economic boom of the last decade has not been enough to significantly enhance education and modernize the economy, merely alleviating the unsustainable situation of poverty and social inequality. Thus, the efforts have been insufficient, the welfare of many Latin Americans is still at risk if a crisis were to take place (economic, natural disasters or other).

There are still high levels of social exclusion, especially among women, indigenous black and young people

Furthermore, while nearly 70 million people lifted themselves out of poverty in the last decade, still 12% of the population (near 68 million people) lives in conditions of extreme poverty, especially in rural areas. And social exclusion is still an important problem, specifically among women, indigenous, black and young people. Latin America is the second region with the highest rates of inequality, only behind Sub-Saharan Africa. 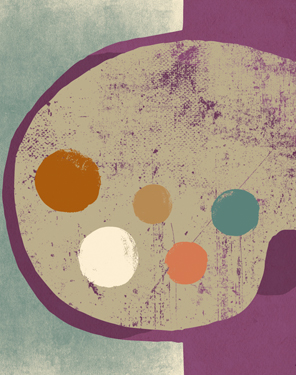 In this socioeconomic context, education is a fundamental tool for change. Although 93% of the children complete primary education, only 57% of the young people (160 million persons between 10 and 24 years) have managed to finish their secondary studies, according to UNESCO. Therefore, it is critical to expand the access to secondary education, reviewing the training of teachers and establishing new lines and specialties to meet the demands of a globalized market, all of this with the support of new technologies.

On the other hand, the consolidation of the economic development of the region depends on building an entrepreneurial an innovative class that plays a key role in the transformation of the societies through the creation of a sustainable economic growth. In this sense, the World Bank 1notes that the lack of innovation in Latin American companies forces them to grow more slowly, as they introduce new products less frequently than their competitors in similar economies. Creating a favorable environment for entrepreneurship and innovation implies facing challenges such as the enhancement of human capital, through the access to secondary education and the quality of education in business schools (only 20 of the 1,730 Latin American business schools are internationally recognized), improving the infrastructures as a competitive advantage and offering more legal protection in relation to intellectual property.

Education, innovation and culture are the three essential levers of change to achieve a real human development in Latin America

Finally, Spanish is the backbone of ethnical (650 indigenous people) and cultural diversity (600 languages) in the region, but the cultural factor should not be exclusively centered on the language, as it is a mere vehicle, but in the creation of a common integrating space. Culture could become the most influential approaching and integrating Latin American factor, helping to overcome the purely economic view of the relationship between our countries, establishing the foundations for a common future centered on the people and solidarity.

The increased use of ICTs in the region (from 4 to 39 Internet users per 100 inhabitants since 2000) and the creation of a Cultural Digital Agenda for Ibero-America could provide access to culture for the lower classes, as well as a cultural exchange between the Ibero-American Community, consolidating its cultural space throughout the globe.

Therefore, education, innovation and culture are the three essential levers of change to achieve a real human development in Latin America. With them, the region will promote opportunities, reduce inequalities and sustain its development.

Spain and Portugal, thanks to their dual-membership status; they are part of the Ibero-American and European communities, are facing an opportunity to act as anchors and position the region as a “new centrality” 2and prevent a community with so many natural links with the Atlantic from continue turning its attention to the Pacific.

Gonzalo Sales
CSR Programme Manager at Ferrovial’s Corporate Responsibility Department
He graduated in Law and has a Master’s Degree in International Trade. He is CSR Programme Manager at Ferrovial’s Corporate Responsibility Department. Mr. Sales directed the departments of Social Innovation in the Fundación Seres and the Area of Social Alliances, Innovation and Knowledge in the Fundación Empresa y Sociedad. In the third sector he was responsible for Marketing and Sales at UNICEF and member of the Management Team of Intermón Oxfam. He is member of the Advisory Board of the Fundación Santos Toledano and TECHO, as well as a corporate member of LONDON BENCHMARKING GROUP. He also works as an external CSR professor in several master’s degrees and courses of Spanish and Latin American universities.