In 2009, when the economic crisis had already struck with all its destructive potential, the Fundación Carolina published a multi-authored book, coordinated by former Spanish President Felipe González, whose content should not be forgotten. The book was entitled: Iberoamérica 2020. Retos ante la crisis (Ibero-America 2020. Challenges in face of the crisis). The writers that former President González managed to bring together –González himself authored a sound prologue– is astonishing. Not only because Rebeca Grynspan, who had already been appointed as the new Ibero-American Secretary General, wrote an article that reflected her knowledge and capabilities, “La desigualdad y el reto del desarrollo en América Latina” (Inequality and the developmental challenge in Latin America and the Caribbean), but also because apart from including macroeconomic, social and institutional issues, the work made reference to the great knowledge and culture affairs as the elements of a diverse identity which structures the Iberian societies –Spain and Portugal– and those of Latin America, written by highly qualified and prestigious figures.

The deceased writer Carlos Fuentes –one of the most distinguished Latin American authors of the last fifty years– already pointed out that “the education is the foundation for development”, but former Chilean President, Ricardo Lagos, was absolutely right in his work Iberoamérica: identidad para un planeta global (Ibero-America: identity for a global planet). Although the quote might be old, the reflections of the Chilean politician should be reminded, as they perfectly describe how the future of the internal and solid relations between the countries that meet at the Ibero-American summits should be conducted.

Lagos is absolutely right when he said that Latin America expresses itself much more strongly from a cultural point of view than from any other field. Ibero-America will have to be a cultural and idiomatic project or there will be no project at all

In 2009, Ricardo Lagos expressed that “what characterizes the Latin American world is the same as what characterizes the Iberian Peninsula: the capacity to include and where diversity is the basis of identity, both in Latin America and the Iberian Peninsula. This identity based on its own diversity allows us to project ourselves in a world that seems to foster fragmentation based on different cultural identities (…)”. This diverse identity to which Mr. Lagos refers “allows us to have a common heritage, a shared culture based on tolerance and respect to one another’s identity”. Mr. Lagos concluded by saying that “Latin America expresses itself much more strongly from a cultural point of view than from any other field: political, economic or social”.

When considering what happens in the English and French speaking communities, Ricardo Lagos hit right in the center of the target: the link between the Ibero-American communities must be cultural or there will be none at all. Our identity is a diverse culture that, however, uses the same language –Spanish and Portuguese– through which we express our desires, feelings, emotions, affinities and, what is more important, the diversity to which Mr. Lagos repeatedly alluded. Thus, the Ibero-American community justifies its raison d’être, rather than on factors that are dynamic by nature –whether ideological or institutional–, on a permanent one, which is in constant expansion: the language. Such is its development, that the language has become the most exported good in the last three decades to the U.S., where the Hispanic community is gradually acquiring an increasingly important role. Nowadays, Spanish is spoken in the most dynamic societies and in those equipped with the best material and intellectual development capability.

The most significant good that Ibero-America exported to the U.S. were Hispanic communities, through migrations. Cultural tourism is a great added value asset 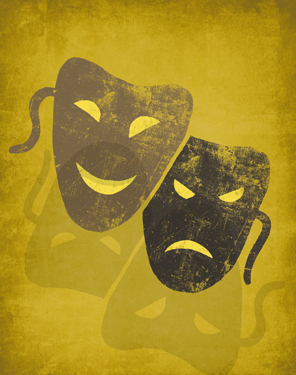 The expansion –friendly and open, but solid and constant– of Ibero-America will depend on whether the Heads of State of these countries manage to foster the cultural Ibero-American sphere in the major meetings (Veracruz 2014) through contemporary developments, by using intangible tools, attractive for the new generations. And this can only be achieved through the enhancement of the cultural industries, which need to become gradually significant in the local and global Latin American economies. Because culture and language, apart from being intangible, are also sources of wealth. Film, book publishing, music, television and radio productions, theatre industries… all cultural manifestations must be dually considered: they unite us, define us, but also contribute to the material welfare since they entail investments, jobs, research and creativity. We should not forget that the knowledge society grants simple movement possibilities for citizens eager for knowledge. Thus, the tourism industry does not only become a social approach factor, but also creates wealth. Few initiatives are more materially and intellectually rewarding than the cultural tourism to which Ibero-America can generate a large added value.

However, are there any joint policies for cultural industries? Unfortunately, there are none. While threats to the sustainability of cultural heritage increase (digital piracy is suffocating the film and music industries, and the book business is also starting to suffer the consequences), the protection factors are not only not strengthening, but being weakened and proactive policies are nowhere to be seen. The most developed countries have established strong security guarantees in relation to the rights of authors and creators in the Internet, fair compensation criterion have been established for private copying (the element that provides added value to the playback and content storage technologies) and they did not put an end, even in the midst of the economic crisis, to the co-funding of the most expensive, but also most significant, cultural expressions.

There are no joint proactive and protection policies for the cultural industry. Let us commit ourselves to fostering them

Spain is an example of the collapse of cultural industries: the defense of the intellectual property rights is not efficient due to the impunity for copyright infringements, the digital fee was removed in order to implement an insufficient budget allocation to compensate for private copying, VAT has been increased to 21% –the highest figure in Europe–, subsidies have been reduced, there are no credit financing facilities and the Patronage Act, apart from not being approved yet, is far from satisfactory; the laws passed in other states are much more efficient.

It is these affairs and intangibilities that we should address, discuss and agree in the Ibero-American meetings –although not merely them– to strengthen the shared links that the cultural and idiomatic factors of the Hispanic-Portuguese relation have. The universality of the English language and its consequences (powerful film, television, music industries…), should not lead to withdrawal but increased effort, especially if we consider that the heavy migration processes from Latin American countries to English-speaking nations, Germany and, to a lesser extent, France, have created social groups that wish to keep their identity, language, habits and customs and, consequently, their idiosyncrasy. From a political point of view, divergence will be normal and will translate into gaps and differences. But what shapes Ibero-America, as Ricardo Lagos wrote, is the diverse culture expressed with a common language. Let us foster it.