Intelligence in the private sector as a competitive advantage

IDEASUNO MagazineIntelligence in the private sector as a competitive advantage

In the past, state-owned intelligence services and businesses were in contact mainly to prevent situations concerning the safety of its operations and its employees. The threats were terrorist attacks against goods and people, kidnaps and other dangerous situations in conflict zones.

Nowadays the aforementioned risks still exist, although in a different manner, and are now joined by a wide range of new threats that have emerged with new technologies (cyber-attacks), with the international expansion of its companies and important conflicts, non-warlike, but of economic scope. In our time, the main battlefield is the economic arena. Even in Europe and between partners and allies.

Strategic importance of intelligence is not in the hands of the security department of the company anymore, but a matter to be managed by the presidents or CEOs of the enterprises themselves

The CNI no longer depends on the Ministry of Defence but on the Vice-Presidency of State, precisely because its operative framework has been widened and it now covers not only security and defence of the State, but also its general interests. And, as regards the private sphere, strategic importance of intelligence is not just in the hands of the security department of companies anymore, but a matter to be managed by the presidents or CEOs of the enterprises themselves. The newly coined term to define it is Corporate Intelligence.

In the 21st century, state intelligence services have strengthened their economic intelligence departments, specifically as regards the defence of economic, financial and business interests, i.e., the monitoring and vigilance of any element that could generate a national economic interest in the fields of defence or expansion. Likewise, presidents of large companies have implemented this competitive advantage by hiring consultants specialized in this matter. 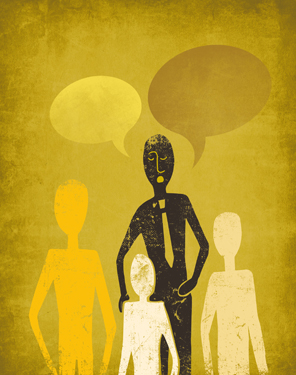 From a defence point of view, the State will monitor everything that could destabilize the economy, finances or commerce. For example, all countries that rely on a mineral or fossil resource will control and support their industries, of strategic importance for the country. The first thought would probably be oil or energy in Europe due to the supply dependence that characterizes the region. In other energy-richer zones, surprisingly, the biggest threat would be blocking the supply path of water or food supplies. Within the first 48 hours of blockade, any country in the Arab Gulf would face severe consequences for its population. This crisis could be result of a nearby war, a retaliatory boycott or economic sanctions or even a transport strike. We are now witnessing how the drastic drop in oil prices may destabilize some countries and, three years ago, the way in which the financial market particularly suffocated Spain, with the possibility of an economic rescue. Resources, the economy, the financial markets and the cyberspace are the main battlefields of the present era.

From an expansionary point of view, it is common for companies and business organizations to be supported by embassies and the economic intelligence services of their home country –when existent at all–, as well as the aid of local business partners. Countries that are political allies are formidable adversaries of companies or organizations when they compete for international contracts. As José Antonio Llorente points out in these pages, it is essential to have information and correctly analyze it, on one hand, and have the ability to maintain public and private relationships, on the other. Therefore, apart from the crucial services of law firms, communication and institutional relations consultants, it is essential to hire intelligence services.

Apart from the crucial services of law firms, communication and institutional relations consultants, it is essential to hire intelligence services

It is worth noting that lobbying tends to be confused with the ability to influence or pressure (advocacy) and with intelligence activities. All of them complement each other. Influence is mainly exerted through communication and the relationship plan with all stakeholders of a company, thus generating a favorable opinion for our interests, while professionalized lobbying carries out these lobbying and advocacy activities with opinion leaders and strategic decision-makers, providing information and key points that help to determine competitive advantages. Corporate intelligence studies and analyzes the opinion of all involved actors, their circles of trust and influence and the strategies and tactical moves of all competitors. In France, this is known as veille stratégique or strategic vigilance. This is not left to chance. It is used for specific situations, whether permanently or temporarily, when a contract or a great acquisition is at stake.

There are several intelligence companies in the U.S., France, UK and Germany providing first order strategic added value to their clients, in opposition to the few Spanish enterprises specialized in this field. 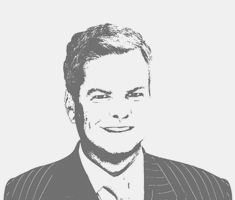