Intelligence opportunities for companies: how to implement it

The “definitive competitive” advantages suddenly disappear, particularly in innovative sectors, and largest competitors may soon stop pose serious threats to our survival. Markets hold more innovation thanks to both incoming and outgoing agents rather than the transformation of companies that are already part of it. The most sustainable advantage that should be sought is superiority in the decision-making process, basing it on the best possible intelligence.

Good intelligence –knowledge linked to the decision-making process– is the sound combination between assimilation and action aimed at supporting the company achieve its goals by enhancing its adaptation capability.

The firms with better intelligence will be those whose members are intelligence collectors and users, in which intelligence reaches the people who can make good use of it and where collecting the necessary intelligence for specific situations takes precedence over storing potentially interesting information for the future. The value of intelligence lies on its ability to strengthen the capacity of the company to make decisions to face its future and evolve.

There are, at least, three intelligence-related mistakes that companies can make even when they are not missing any information: information not reaching the right destination, information reaching the right destination but inability to carry out the necessary actions or inability to carry out these actions in a timely manner. Therefore, in business intelligence, the fields considered relevant have gradually widened. Until the late 70s, it merely focused on data acquisition. In the 80s, sectorial analysis became important. A decade later, the study of the decision-making process and its impact on corporate results were added. Lastly, the study of human behavior and its impact on the generation and circulation of information that could be transformed into intelligence was incorporated. 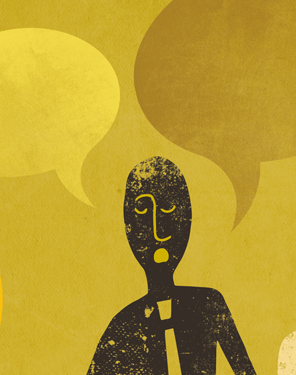 The focus has shifted from pure data towards the generation of questions. The potency of the responses is determined by the relevance of the questions, since they delimit the scope of understanding, which is conditioned by the quality of our previous intelligence. Our intelligence is essentially conditioned by the weight of the human factor. We stubbornly seek information that confirms our hypothesis and look with skepticism, if not suspicion, everything that seems to refute our expectations. Our perceptions are strongly influenced by our expectations and we rapidly dislike those who do not share our points of view, as we see them as obstacles to achieving our goals.

This sensitivity towards the human factor is only one of the reasons why competitive intelligence goes far beyond market research. Competitive intelligence is a cyclic, interactive process that although being fed with information, seeks to identify knowledge gaps and pick up signs from the environment. Its objective is to identify opportunities and reduce uncertainties. While markets are focused on the present, competitive intelligence centers on the future. Value chains replace the sectorial markets as the preferential element to be studied. Informative elements beyond opinions and pure data are incorporated –mostly of financial scope–. Segmentation gives way to scenario analysis and exploration of environments. The key elements of intelligence –Key Intelligence Topics (KITs)– are directly linked to the underlying determinants of business success –Key Success Factors–.

At this point one wonders, what is the problem for a much wider dissemination of these activities among our companies? Two reasons should be mentioned. First, there is a shortage of professionals with sensitivity towards these issues within organizations and even scarcer are those capable of meeting this demand. Second, designing and implementing a competitive intelligence strategy is a project that calls for investment and commitment for the medium and long term. There are no shortcuts. Ultimately, the future of competitive intelligence in our country depends on the human factor. 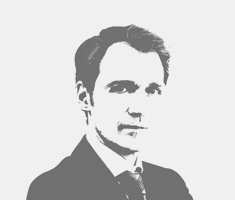 Isaac Martín
Director general of Internationalization for ICEX España Exportación e Inversiones / Spain
He has a Degree in Law from the Autonomous University of Madrid and has been member of the Cuerpo de Técnicos Comerciales y Economistas del Estado (Commercial Technicians and State Economists Corps) since 1999. He is the current director general of internationalization for ICEX España Exportación e Inversiones. He has worked as an economic advisor and commercial manager in several commercial offices. Among his wide educational labor, he takes part in the course “Business Intelligence and Competitive Strategy” of the Centro de Estudios Económicos y Comerciales (Centre of Studies for Economy and Trade). Currently, he is member of the Executive Committee of the OEME (Observatory on Spanish Multinational Companies) of ESADE. [Spain]