In Spain, the diffusion of Vigilant Technology and Competitive Intelligence, VT and CI among the business world began in the 90s and grew during the first decade of the 21st century boosted by significant business internationalization and the gradually increasing complexity of the challenges that institutions had to face. Thus, the conversion of information into intelligence has become one of the main topics of strategic intelligence, SI (hereinafter also called CI or competitive intelligence).

The present and future of SI depends on its ability to support strategic decisions and integrate the decision-maker into the process. In many cases, there is a lack of orientation towards the client. This lack of attention to the client and its implication in the CI process limits the generation of intelligence and the process translates into a mere provision of information and documentation and, consequently, the marginalization of the organization.

Within the CI two complementary working processes coexist: one oriented at the surveillance or monitoring of changes in the environment, in line with the concept of “environmental scanning” and other centered on the analysis and research of the issues to be decided. The former revolves around a routine monitoring of warning signs for potential changes. Its objective is to anticipate and prevent them. The latter focuses on the analysis of the context of the issue at hand, its implications and development trends. This is not a minor terminological question, but two rather different options as regards the modus operandi. The underlying problem in relation to the decision is identified and the spread of time required to incorporate the decision is also taken into account. The decision-maker takes part in the process. In this sense, norm UNE 166.006 distinguishes both in paragraph 7.1.

The interpretation of CI limited to monitoring new developments is the model that has prevailed among Spanish and Latin American entrepreneurs for the last two decades. This interpretation does not require any interaction with the targets, which is crucial for a valuable transfer. Without this interaction, the scope of the efforts is limited to the documentary field. Thus, a mere enhancement of the awareness regarding issues of concern is obtained. In Spain, two of the causes of this trend are that this model can be easily implemented and the encroachment by non-qualified professionals –analysis does not merely call for the mastery of techniques but, above everything, experience and basic training–. The interest of certain technological monitoring solution providers should not be ignored either, as they implement automated systems to track information sources and filter and organize them. They consider this to be a satisfactory SI plan for the organization. Public powers have not contributed to correcting this trend either. On the contrary, in the era of “easy money” and generous subsidies governments financed several vigilant technology projects and “observatories” that, limited to the aforementioned interpretation, further increased the volume of information received by users, but not the added value therefrom. In short, we can see that many of the SI plans in Spain are mere follow-ups and therefore simply entail documentary value.

Its consequences have prevented many businesses’ SI to directly access the decision-makers. Thus, SI has been relegated to a secondary position in terms of value, as documentary tasks have prevailed over analysis ones. Moreover, due to this limitation, SI now competes with the varied and increasingly powerful individual access to information modes that Internet has generated.

In conclusion, SI is part of the responses developed by organizations in order to provide to the management the keys to design the strategy of many tactical issues in the highly uncertain and dynamic world we live in.

• This degree of uncertainty and rate of change has made obsolete part of the traditional strategies which implied collecting information and analyzing an unstructured decision-making process.

• It is important to identify the driving factors of the issues to be decided.

• The value and main challenge lies in the analysis and study of the topic to be decided and not on monitoring and collecting information, although both are necessary.

• It is important to reconsider the role of SI by the senior management of Spanish and Latin American organizations. 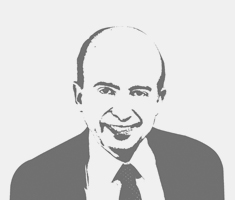