Nowadays, information seems to be available to everyone. We are surrounded by information that can be easily accessed in large amounts. However, obtaining relevant information and extracting its meaning from the huge amount of unstructured data that surround us calls for an analysis’ capability that requires a sound training.

Economic, political, regulatory, technological or social contexts are so interconnected that a misinterpretation of this complex reality by companies and organizations could entail making wrong decisions. To avoid this, it is essential to enhance our ability to correctly analyze the context and, above everything, understand how it can affect the future of the company, whether by the actions of the competition or pressures from the social or regulatory environment. 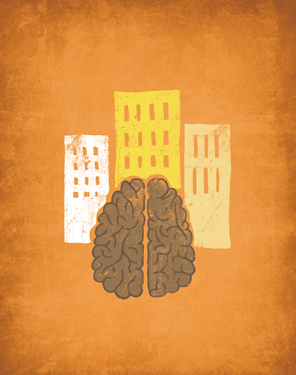 The “intelligence” discipline was socially understood, until recently, as a concept linked to the security of a State or even espionage. Nowadays, it is carried out by real experts in the fields of political, economic and social analysis and goes beyond the scope of security, since it provides expertise to make business decisions.

The U.S. pioneered the development of this discipline, first implementing it for military and civil purposes, but nowadays also as a tool for business strategy, not only regarding the necessary knowledge of competitors, but also on the subject of how to integrate advantages (and minimize risks) from the economic and social environment.

The history of many companies, some of which do not exist anymore since they did not correctly analyze the information and the competitive context, and others which knew how to cope with rapid changes using information as a factor of change, has shown that knowledge and anticipation in decision making is absolutely essential for any organization that seeks to compete in the best conditions.

The “intelligence” discipline was socially understood, until recently, as a concept linked to the security of a State or even espionage

Therefore, we decided to devote the 19th issue of UNO to the concept of competitive intelligence, its meaning and importance, how to create it and use it as a complementary means for development, not only regarding strategic plans of businesses, but also in relation to daily decisions. As usual, we count on the collaboration of experts of several countries in which LLORENTE & CUENCA operates, as well as the reflections of the Chair of Intelligence of the Rey Juan Carlos University and an extraordinary article by the director of the Spanish National Intelligence Centre.