For many years, a widespread belief prevailed among Argentinian entrepreneurs. It was thought that influencing the creation of public policies or warning of the consequences of the policies that the State intended to implement had to be done through individual or collective meetings, in the pertinent chambers, with officials and/or legislators and a limited dissemination of what had been discussed and no public, profound debate in relation to these issues. My personal opinion is that this strategy has failed, particularly in the last few years.

In Argentina, according to a study carried out by IAE Business School there are 910 national entities, including business chambers (797) and breeders associations (113) at different levels: national, provincial and municipal. Another overlay occurs with the product in question. For example, 27 out of the 56 livestock associations correspond to cattle.

Each organization collected partial information regarding their own sector, carried out an analysis and, thus, conclusions were very different. The consequences of this situation were a lack of a unified view among entrepreneurs in relation to public policies, poor social visibility and a confusing and negative image of entrepreneurs among the public opinion.

A country in which its productive, social and political forces operate in a gradually increasing context of fragmentation cannot progress as a Nation and will ultimately crumble due to the perpetual confrontation between the parties

A significant part of the Argentinian business sphere has recognized that the fragmentation that has characterized the entrepreneur movement prevented them from correctly spreading their opinion regarding several public interest affairs. They think that it is essential to reach an agreement to strengthen their representativeness, thereby generating a comprehensive dialogue within businesses and productive fields and also with the remaining social and political forces.

A country in which its productive, social and political forces operate in a gradually increasing context of fragmentation cannot progress as a Nation and will ultimately crumble due to the perpetual confrontation between the parties.

Based on this analysis, an initially small group which consisted of 6 business groups started meeting in October 2013 to analyze strategies of joint action to solve this situation. The first activity was the organization of a seminary during the first week of December 2013; called “Constitución y desarrollo económico” (Constitution and economic development) where institutional, economic and social consequences of the failure to comply with the rules contained in the Constitution were analyzed. After several weeks of conversations, meetings and the addition of other entities, on January 28 the document called La hora de la convergencia (The time for convergence) was passed. 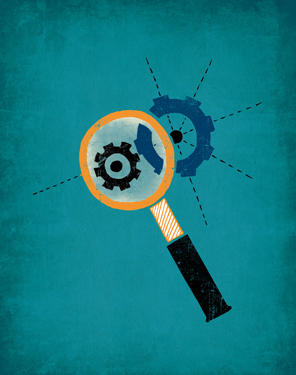 The Foro de Convergencia Empresarial sought with its proposals to clarify responsibilities and roles, define the social, institutional, cultural and economic contents integrating the respective political forces of the aforementioned pragmatic compliance agreement, with the commitment to promote, with this essential work, the initiatives of professional teams that, in each of these sectors, integrate the respective political forces in order to generate the best possible public policies.

In conclusion, when this proposal was made it was considered that the time for convergence had arrived, also for Argentinian entrepreneurs. The time that marks the present by promoting the meeting of peoples through international integration, interreligious dialogue, the search for unity between workers and other social actors, interdependence between culture and work, technique and ethics. That time that has allowed other countries to successfully progress through the path of sustainable development and beneficial collaboration with the world.
On April 22 we published a document called Bases para la formulación de políticas de Estado (Bases for the creation of State policies) that the proposals of the Forum divided into three vectors: institutional, economic and social.

The Forum is currently composed of 62 entities, including business entities that participate in the Forum and professional organizations, religious groups and associations that follow the principles of the Forum. New entities, which agree with these goals, continue joining the Forum.

The goal of the Forum is, first, to clarify the role of the entrepreneurs in society by reminding that, above everything, we are Argentinian citizens who want the country to be developed beyond the capital of the businesses we are part of. Second our job is to create value by organizing ideas, work and capital; we are the engine for a sustained development and a great source of genuine employment creation. Finally, that we fund, through the taxes we pay, the national, provincial and municipal governments so that they can provide public health, education, security and defence services.

This need to reaffirm these points is based on the analysis of information obtained previously.
Reliable surveys show that the opinion of society regarding entrepreneurs is very negative, influenced by the contribution during years of the political preaching which has an easy justification making entrepreneurs responsible, a media voice that fosters these allegations, and, let us admit it, due to corruption cases involving entrepreneurs, who do not represent the vast majority of entrepreneurs, but who contribute to the generation of a negative image. It will take years to reverse this opinion but we believe that the starting point must be actively participating in public affairs by spreading our opinion and highlighting our role in society. In order to have a valid opinion for political forces, this opinion must be based on a thorough analysis of the interests of society. Otherwise, information incorrectly collected or analyzed (or partially analyzed by specific economic sectors) will lead us to a non-useful role for the development of our country. Hence the importance of including several entities of different sectors and activities in the Forum.

The objective is to promote political forces to implement broad consensus policies. This consensus would increase certainty for the economic future, attracting the necessary investments to create work and hope for a better future for our fellow citizens

We are developing a program of meetings with the Chief Cabinet, political parties, trade union representatives and leaders of different religious groups to show our institutional, social and economic proposals, both at a national and regional level. In these meetings, we share opinions to enhance the proposed measures. The objective is to promote political forces to implement broad consensus policies. This consensus would increase certainty for the economic future, attracting the necessary investments to create work and hope for a better future for our fellow citizens.

The Foro de Convergencia Empresarial has become, in a short period of time, an opinion benchmark of many sectors of society. We are committed to achieve a better future for all Argentinians and, as the preamble of our Constitution states, “all men of the world who wish to live on Argentinian soil” and, with this objective, we ask all who share this vision to work together in order to achieve it. 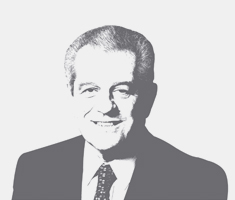 Miguel Blanco
Coordinator of the Foro de Convergencia Empresarial / Argentina
He is director general of Swiss Medical Group, president of IDEA and coordinator of the Foro de Convergencia Empresarial (Business Convergence Forum). Miguel attended the Advanced Management Program at IAE Business School and works as a public accountant (University of Buenos Aires). Prior to this, he was the general manager and deputy vice president of Argencard S.A. and director and chief financial officer of The Exxel Group. Furthermore, he was partner and member of the Executive Committee of Coopers & Lybrand in Argentina, Paraguay, Bolivia and Uruguay and bank and commercial and industrial businesses liquidator. He is also professor of the Chairs of Audit, Financial Statements and Computer Systems Audit at the University of Buenos Aires and at the Catholic University of Argentina. [Argentina]