The usefulness of what is useless: ethics and competitive intelligence

IDEASUNO MagazineThe usefulness of what is useless: ethics and competitive intelligence

Competitive intelligence is considered to be a management tool for business organizations and a systematic process also regulated by ethics. Thus, ethics should govern all activities taking place in each and every stage of the process: management, collection, analysis and communication.

We usually say that business is business, economy is economy, a company is a company… as if to say that in the economic, financial and business world ethics should not exist. However, if we take a closer look, the reality shows that everyone wants to be well-considered by people. Even corrupt individuals pretend to be honorable. And we do not need to make a huge effort to find examples.

When one asks about ethics in intelligence, people usually grin as if to say: choose either one or the other. What use can ethics have? Is it not an obstacle that stands in the way of our goals? For some, the aforementioned points are too clear: ethics in competitive intelligence merely imply the obligation of being efficient and maintaining that efficiency. The ethic is reduced to the pragmatism of “everything is OK”, as the saying goes, “it does not matter if a cat is black or white, so long as it catches mice”. In the best case, laws are respected, but it is not convenient to exaggerate and go beyond the law. Right? For others, however, laws cannot govern all human relationships and ethics are, therefore, essential. Getting a good deal is not enough; we must make good, businesses. Thus, competitive intelligence should be promoted, with respect for social responsibility and seeking to connect the principles of efficiency and ethic responsibility. Is about doing what is correct, instead of doing what is acceptable or profitable. Not every task or activity in favor of the company is honorable because it is necessary. Ethics should not only govern the result (the end), but also the process (means). Therefore, we should always take into consideration the results and consequences of our decisions and the reasoning behind these decisions as well as the principles that support them.

When one asks about ethics in intelligence, people usually grin as if to say: choose either one or the other 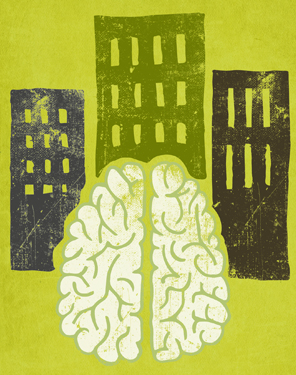 Competitive intelligence does not only seek to turn the company into a successful organization, but also transform it into a valuable group from an ethical point of view. Thus, competitive intelligence does not consist of a set of techniques to learn tricks or to better set up microphones in the offices of the competition or interrogate disloyal employees… No need for espionage. There is a need for analyses. The problem is that we believe we know the reality while we actually know little about it. We have too many experts that solve problems defined by others and we need more analysts that question the form in which we analyze the problems themselves. Something far more radical. In the information age in which we live, everybody knows what is happening, but few know what it means.

The concept of integrity is essential in competitive intelligence. Any institution or company needs an image, appreciation and social recognition. It must generate confidence and this can only be achieved through technical capabilities (a good product or service) and ethical behavior (how to do what we do). Building a reputation as a responsible and honest institution or company through ethics is one of the most profitable strategies that a business can implement to enhance its influence capability and, thus, its business opportunities. Ethics serve as a sign of credibility and especially at a time like the present, where any message or action is judged and valued by the people. And credibility is granted through coherence between what we say and what we do. In short, in a business world without principles and values that promote the truth over lies, loyalty over disloyalty, honesty over corruption it is very difficult to generate the confidence we need to be more trustable. A model for understanding a company that merely teaches us how to cope with corruption cannot be supported. Winning in the short term usually implies losing in the long term. In either case, what is at stake is our credibility.
All this shows that we need ethics in competitive intelligence. Ethics do not immediately translate into dividends, but it is one of the most valuable intangible elements and will presumably become increasingly profitable in the future. It is a differentiator. It is the usefulness of what is useless.

We also must remember that ethical codes that are not explicit and public cannot be considered as such. Likewise, it is not enough to merely have an ethical code if there are no mechanisms to enforce it

Therefore, we need standards of practice and codes of conduct for businesses. In the field of competitive intelligence, these are established by the policies and set of norms that the company has for this purpose as well as by the ethical principles of international associations recognized by the professional community, with the SCIP Ethical Code, the Strategic and Competitive Intelligence Professionals, as the main reference. Within this framework, I would like to point out two rules: first, the one that refers to the revelation of the identity and professional affiliation before establishing any communication or interview. That is, a competitive intelligence professional cannot hide its true identity or misinform in order to obtain information. Second, the rule underlining that communications of findings and recommendations must always be based on honesty and truthfulness. This means that the truth must always prevail, even when it is not what the Management expects to hear or if it is not positive for the company. 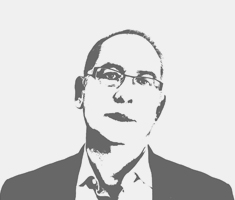