Why a company is not a business

The answer to the question raised in the title has a clear response: the concept of business refers to a basic idea which implies earning money through lawful activities without generating any added value for society. On the other hand, a company is an agent that socializes values that actively contribute to coexistence. The difference also lies in the fact that businesses are an inert organization while a company also has intangible attributes among which we can find corporate intelligence, which will guide the company’s decisions, not on a mere quest for profit, but also taking social responsibility into account.

This huge difference between businesses and companies has been thoroughly and efficiently analyzed by the fastest emerging Spanish think tank: the Círculo Cívico de Opinión, which published its 14th issue in November 2014, entitled Empresa, función empresarial y letigimidad social de los empresarios (Companies, entrepreneurship and social legitimacy of entrepreneurs). Composed of professors, journalists, professionals and thinkers, the Círculo Cívico de Opinión has just made an essential contribution to the understanding of the company as a constructive and necessary social factor. The preamble of the aforementioned work states that “in its classical conception, the employer was the person who merely organized and managed the risks of a business, and its main tasks were to anticipate the future, efficiently use wealth-creating resources, supply goods to the consumers, attract new business opportunities and lead the changing process through proactive arbitration actions based on the sign system that prices provided. Risk management, innovation and proactivity were, thus, the three essential dimensions for the business direction in the era of laissez faire”.

Businesses are an inert organization while a company also has intangible attributes among which we can find corporate intelligence, which will guide its social responsibility

However, this stage has been left behind in the business world due to the social demands that managers now have to take into account: all these challenges now need to be met under a framework of high responsibility and ethical sense. This is how corporate social responsibility was created. The European Commission recently defined this concept as the actions that “maximize the creation of shared value by everybody and identify, prevent and mitigate the potential adverse consequences of companies in the exercise of their activity”. That is, CSR is the final recognition of the company and the business function as a variable in the society-building-process that operates in an ever changing and transforming context.

This social role of business entails many obligations from companies towards their own functioning and society and governments towards the first. Today, enterprises need a brain that must implement decisions in social, political, economic and cultural contexts where they can obtain the largest benefits, not only from a material or monetary point of view, but in a much broader sense; generating shared value. Corporate intelligence is the accumulation of knowledge of diverse nature, processing and analyzing this wisdom and making decisions that are consistent with the conclusions obtained from this reflection process.

The anachronistic conceptions where multidisciplinary knowledge only was available in universities, outside companies, have ended. Business management absorbs great knowledge

One of the many negative consequences of the economic crisis is the social weakening of enterprises, their negative consideration in the recession recovery and the loss of social relevance. Hence, two professors of Business Organization –Emilio Huertas Arribas of the Public University of Navarra and Vicente Salas Fumás of the University of Zaragoza– proposed in the aforementioned work a series of measures –for the Spanish context, but also valid abroad– to recover the contributory role that enterprises must have in society, i.e., implementing business intelligence in business management once again.

According to these professors, it should be recognized that the confidence between enterprises and society is a strategic value that must be defended, care should be taken regarding the language and choice of words in order to overcome the current situation in which citizens (that is, Spanish population) express a high degree of mistrust towards large enterprises; companies generate social value and, therefore, economic and social value should always go together with the contributions that a company makes to society; information and transparency are the foundations on which internal and external communication strategies should be based; it is essential for enterprises to explain to the public opinion the remuneration and talent recruitment strategies that companies implement; Spanish companies –unlike foreign enterprises– have a history of very volatile growth and, thus, they should strive to implement a more sustained model and, finally, should establish a solid commitment towards the people by implementing new labor models. 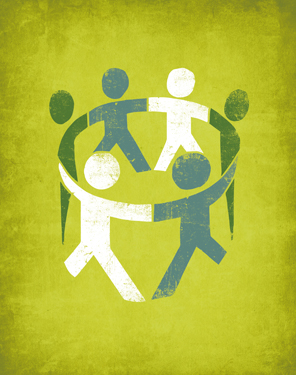 In short, entrepreneur and his tool –company– is not, according to Álvaro Cuervo, professor of Business Economy, “a rent seeker”. So, what is it? The answer –a magnificent response– is given by an acknowledged authority on the subject, Santiago García Echevarría, professor of Business Economic Policy at the University of Alcalá: “Without efficient entrepreneurs, both from an ethical and economic point of view, there is no possibility of evolving into an efficient modern society. Businessmen are the key to economic, employment and competitiveness growth, which generates the necessary resources for the integral development of the population. Both economic development and an efficient provision of scarce resources to meet the needs of the citizens depend on entrepreneurs”.

The business challenge that the society attributes to companies and entrepreneurs can only be met through the addition of talent to the organization in order to develop the necessary knowledge needed to fulfill the social business role. The anachronistic conceptions where multidisciplinary knowledge was only available in universities, with disregard for companies, have ended. Business management is not viable without deep specific and general knowledge. Great business failures have occurred many times –independent of incompetent, incorrect or unlawful behaviors– due to ignorance or lack of knowledge regarding factors that contextualize and give meaning to business decisions.

This social role of companies, which calls for intelligence, also requires several managers with personal and career experience in different fields. It is essential to integrate teams through a coordinated and joint work in order to establish business strategies that lead to a shared value –company and society– and which establish among both groups a kind of mutually beneficial and rewarding symbiosis. Failure threatens the manager that thinks that a company equals a mere business. And success awaits those willing to connect their activities with social recognition, thus obtaining a reputation that will translate into leadership and reference capacity. This will be ultimately, the success of intelligent companies.