A new commitment with readers

For far too long, journalism in Spain has operated with its back turned to readers. Newspapers were often written with a small audience in mind, which included other journalists and political settings. The Internet, however, has revolutionized the news ecosystem. Readers, who can choose from the largest supply of information sources available in history, are only a click away from abandoning the media outlets that disappoint them. As in many other sectors, users have become the undisputed rulers who also demand a new commitment that will bring back the essence of our profession.

Journalism must act as the guardian of a society’s values and its democratic system; it must protect that system and report any attempts to harm it. To do so, journalism must keep its distance from power in order to avoid forming part of the system it is supposedly monitoring. El Mundo aims to provide readers with relevant, useful and quality information, anywhere in the world, on any device, 24 hours a day, seven days a week, 365 days a year. A courageous newspaper must be willing to withstand the pressures of political and economic powers, and if necessary, assume the negative impact of its moral commitment to readers. The reason is simple:the foundation of a media outlet is built on credibility. If this does not exist or if it is weak, then the intellectual project will inevitably crumble.

El Mundo believes in journalism’s ability to have a positive impact on society, and it is determined to overcome any obstacles that try to hold it back. We believe that we are at the beginning of a golden era of journalism, in which technology offers the possibility of reaching more readers, listeners and viewers than ever. We will not settle with simply being a print newspaper or website. We want to be the top journalism brand in Spanish, and we want to distribute the best our journalists have to offer through all the channels and platforms available. We want to reach more people in more places.

A 21st century newspaper must be open to telling stories in different formats, innovating in narrative and storytelling methods, making the most of data visualization and the opportunities provided by videos and interactive images. This can be done while maintaining the essence of journalism, rigor and quality. We have the opportunity to give even more to our readers, to expand the debate with them and to increase their involvement in the society they belong to.

Nobody knows what the future holds, but we are certain that we are living a technological revolution that, instead of slowing down, is actually speeding up. The next frontier of journalism that is already being tested is virtual reality applied to the best reporting. In the near future, we will be able to place readers in a conflict, sports event or news item as it occurs, and make them feel like they are witnessing what is taking place from their computer or smartphone. Journalism is in the midst of a revolution and we must be ready to quickly adapt to change. It is not a matter of reinventing journalism but rather of finding new ways of making it accessible to people.

Technology also allows us to add our ability to be useful in the everyday life of people to our reporting capabilities by providing services that make lives easier. The goal is clear: to make El Mundo a multi-channel media outlet that is capable of reaching readers, listeners and viewers all over the world who are in search of rigorous, independent, original and quality information. We will promote each of these channels and we will continue working with one of the most important ones: our print version, which is preferred by thousands of individuals. The future can be embraced without erasing the past or ignoring the present. Users will be the ones to decide where, how and when they want to benefit from the advantages of being well-informed.

Print media have viewed the digital revolution as a threat for too long. We are now starting to discover that it is also an incredible opportunity. However, no technological advance will ever be able to change the basic principles of any intellectual project that is valued. Newspapers can only present themselves to society with a single agenda: to serve that society. Since readers have become undisputed rulers and their power to choose is infinite, our commitment to them must be stronger than ever. Our agenda can only focus on regenerating democracy, defending institutions, strengthening a country that offers equal opportunities to all citizens, reporting abuse and monitoring a system whose health is beneficial to everyone. El Mundo will always defend these principles. 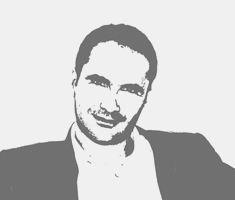 David Jiménez
Director of El Mundo / Spain
He has been the Director of El Mundo since May 2015. He has worked at this newspaper for 20 years, for which he has been the Asia correspondent since 1999. His articles and features have been published in The Guardian, Corriere della Sera, The Sunday Times, Toronto Star and Esquire magazine, among others. In the last year, he has formed part of Harvard University’s Nieman Scholarship, the most prestigious programme for professional journalists in the world. David is the author of works that include Hijos del monzón (Monsoon children), El lugar más feliz del mundo (Happiest place in the world) and El Botones de Kabul (Kabul’s bellboys). [Spain] @DavidJimenezTW