Democracy as the ultimate paradigm

Latin America celebrates –more or less depending on the different countries– two hundred years of independence. Within these two centuries, at least 180 years were lived under the influence of military power. My country, Argentina, was born at the beginning of the 19th century guided by the military, as independence was won, just like in the whole of Latin America, through war. The inescapable presence of the armed forces in the building of power has always been a mainstay of our political life, without forgetting that in less than 50 years, in the last century, the country faced six military coups: 1930, 1943, 1955, 1962, 1966 and finally, the bloodiest and the most violent in 1976.

Each of these coups was a patent regression. In terms of the economic and social situation, these meant severe setbacks for the workers’ standard of living, for the small and medium-size business owners, and also for the people in general. These attacks on power were not merely limited to governments. These were also directed towards the other branches of the State. The Congress was closed. Justice was obstructed. Human rights were violated, limits were placed on civil liberties and civil rights were suspended. For Argentina, each military coup meant starting over again to re-establish institutions and making them function when the exercise of democracy was once again brought back. It meant dusting off the seats of the legislature and the courts. Each regression delayed economic development, overall well-being and obviously, the strengthening of republican institutions.

The Eighties saw the beginning of the end of that process. Argentina would experience a great structural change since its inception as an independent nation: the end of military factors as crucial to the building of republican power. Today, the armed forces are professional institutions, subordinate to civil power. Among other reasons, the return to democracy in 1983 paved the way towards institutional consolidation, for the role played by the two major modern political forces of Argentina: Radicalism and Peronism.

For Argentina, each military coup meant starting over again to re-establish institutions and making them function

This process of democratisation carried out throughout the Latin American region also overlapped with a formidable and rapid transformation throughout the world, under the undisputed influence of the phenomenon of economic globalisation that also brought about the disappearance of the conflict hypothesis which, during a century and a half, was the reason for being of the national armed forces.

Joy at the restoration of democracy in the whole of Latin America should not make us forget that our young democracies are still under construction; they may seem well-consolidated at first glance if we focus on institutional formality, but they are shown to be weak once we analyse the shortcomings which are still apparent in matters related to social justice, overall well-being and economic development. We should never forget that our region is the area of the world in which socio-economic inequality is at its most extreme. And now, a new threat has appeared on the continent, a true and great challenge which America has to face together: the fight against organised crime, this phenomenon which is increasingly felt in society and in the State institutions.

On the other hand, the region faces another unique challenge in terms of its legal-political order at this time. As the democracies are now well-consolidated in all its countries, it is time to move towards its refinement and the strengthening of its institutions. The independence of the powers of the Republic, for example, is still more hope than reality. Contemporary Argentina is a clear example of government intrusion into Judicial Power. In other cases, Judicial Power seeks to usurp functions reserved for the other branches. And finally, it is worth pondering on how to attenuate hyper-presidentialism, which has led to the weakening of agencies necessary for the counterbalance to power. Such is the case of political parties as essential forums for the promotion of debate and parliamentary agreements, in order to ensure governance for the governments.

To summarise, the restoration of democracy in Latin America is a process which is here to stay. The debate surrounding institutional strengthening has just started and the people evolve in light of the election processes which are regularly held. Politicians, rulers, business owners, unions, judges and the media are still learning from the hard lessons of the past. The coup attempts are gradually losing ground in a society which still has endless economic and social problems, but which has a destiny full of possibilities in the near future. It is necessary to raise our sights and learn from good examples; in Europe, the brutal totalitarian regimes of the 20th century were eradicated thanks to solid democratic consensus. As said by the German Chancellor Angela Merkel, “the new democracies, which leave no room for authoritarianism, rose from the smoking ruins of two wars”.

In this century, Latin America will undoubtedly play a prominent role in this global process we are experiencing today. 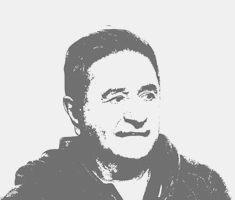