How can we define the rules for this new world?

IDEASUNO MagazineHow can we define the rules for this new world?

Exchanging ideas and information has never been so easy; it has never gone so far. Since the Internet was created, just over 25 years ago, it has become a real parallel universe. The figures are dizzying. Almost 3.1 billion users, around 40 percent of the world’s population; 1 billion websites; almost 90 billion e-mails sent each day…

All of this on the Web, everything (or almost everything) happens there. The Internet has boosted the democratisation of knowledge, as it allows people immediate access to vast qualities of information, in any format, in any place; it has strengthened creativity and, most especially, the ability to share on a global scale. When we look back, it is hard to understand how we could have lived without it.

The Internet has also contributed to the creation of many new businesses, while at the same time posing a challenge, or even a direct threat, to the survival of others, especially those with an intermediary role, which are being forced to reinvent themselves without even having a clear vision of what the future will bring.

It also means a challenge to the ways in which ideas are generated and spread. The intellectuals of the 21st century feel that their very existence, their role as bastions of the superiority of thought, is being questioned as the traditional foundations of their influence crumble. And they lurch, or at least some of them do, between what is necessarily unhurried reflection and the vertigo of today’s world, the urgency of reaction demanded by a society keen for instant answers.

This parallel digital universe is governed, in essence, by the same human standards as the analogue universe, but multiplied by its entire spatial potential, in space, in time and in immediacy

The Internet has exponentially increased the noise around us. The existence of known, respected and agreed sources, a role played in the past by the media, has given way to an amalgam of references among which it is often difficult to separate the true from the unfounded, given the desire to increase diffusion and an almost infinite capacity for manipulation.

This parallel digital universe is governed in essence by the same human standards as the analogue universe, but multiplied by its entire spatial potential, in space, in time and in immediacy; this is something that has not been known until now. So the debate revolves around the convenience, necessity and real possibility of defining a new framework of rules for this infinite, democratic and anarchic environment. As occurs in other areas of globalisation, the first difficulty arises when adapting the national systems, where regulation is generally known and applied, to the multinationals, where the Internet operates, and to this we must add the problems caused by the lack of an effective global institution that address these issues.

So, while various initiatives are attempting to design a broad consensus, one that is as global as possible, what actually applies is a mixture of national legislations, pragmatism and common sense, always spiced up by the corresponding political circumstances.

Freedom of expression is one of the main battlegrounds in this debate and the positions are extremely diverse. To give just a few examples, we have everything from actions such as the blocking of Twitter in Turkey, which was later annulled by the country’s own Constitutional Court, to the recent murder of bloggers in Bangladesh and the arrest of Twitter users in various Western countries, including Spain, for their statements, in 140 characters, that allegedly violate the dignity of other people. One of the most palpable consequences of this new situation is changes to the laws that deal with so-called hate crimes. The Internet, where people are often protected by anonymity, is a more than fertile ground for this. 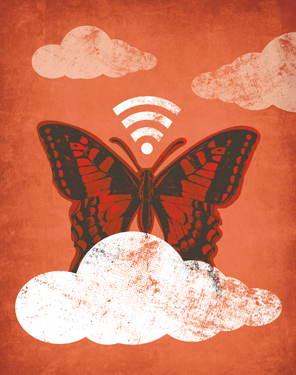 Another case of global significance is the masterful use that Daesh, a term used for the Islamic State, makes of communication and social networks to extend its brutality and horror, and the global discussion about whether its videos and statements really provide information, and therefore must be broadcast, or are just propaganda.

However, although it is true that the Internet manages to amplify the impact to an unthinkable level, it is still just a vehicle. Therefore, while democratic societies are adapting their regulations to the new times and the new formats, they must not forget that freedom of expression is one of the pillars on which they are based.

In addition to the content, the regulatory debate also affects the information highways themselves. Born from the need to exchange data between computers and initially developed by the U.S. Department of Defence, the World Wide Web first allowed for a leap forward in the academic and research community and from there in the commercial world until it has become the extremely complex structure that it is today. This process, however, has been characterised by not being controlled either by governments, or by a single person, group or organisation, a characteristic that, according to its defenders, has allowed it to reach the current degree of evolution.

Thus, the recent and increasingly intense attempts to subject the Internet to more orthodox control systems, driven, amongst others, by some governments, add to the debate about the future of the global governance of the Internet. True to its nature, this could in fact be the driver for a new type of world body, accepted and recognised by everyone, in which the different parties involved, both public and private, commercial and non-profit, could participate on equal terms.

However, faced with a possible centralisation, there emerges a strong trend toward fragmentation into large regional networks that aspire to establish their own regulations without resorting to a global consensus. China, with its attempts to prevent the public from having access to an open system is probably the most significant.

The other big area for debate is what some have called “the fourth generation of human rights”: digital rights, including free access to the Internet, privacy and the defence of the freedom of expression.

The Internet, along with the mobile phone, is the invention that has had the quickest and deepest impact on the lives of people around the world, bringing it closer to the idea of the global village. As in other areas of globalisation, its regulation must be aimed at preventing it being abused, nothing more, and nothing less. Its magic stems largely from the freedom and creativity that has characterised its development and this should be allowed to continue. 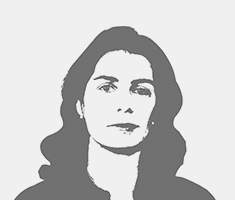 Cristina Manzano
Director of esglobal / Spain
Cristina is Director of Esglobal, (www.esglobal.org, former Foreign Policy in Spanish), a leading digital publication on global issues. She has also been a habitual contributor to different domestic and international media and regularly blogs for the Spanish edition of the Huffington Post. Cristina regularly speaks at events and debates on international issues, especially on Spanish and European Union foreign policy, political communication and philanthropy. She has been Sub-Director of FRIDE and for 10 years was Director General of Reporter. She has a degree in Journalism from the Complutense University of Madrid and postgraduate studies from the University of Maryland, thanks to a Fullbright scholarship. [Spain]