There is nothing new about innovation. That is the first of two doubts regarding the wording of the topic I have been given/chosen for this article, the one that appears in the title above.

As a precept for running companies well, innovation has a long list of prestigious advocates. The economist Joseph Schumpeter began to formulate his theory of innovation and capitalism in 1911 (although his ideas on it did not begin to capture the attention of the scholarly and business communities until the 1942 publication of his most popular book, Capitalism, Socialism and Democracy). In Schumpeter’s opinion, innovation fuels the capitalist economy with “a perennial gale of constructive destruction”. Peter Drucker, nicknamed the father of management, was another major proponent of innovation and wrote the book Innovation and Entrepreneurship thirty years ago, in 1985.

So experts have long been exhorting business leaders to innovate. The famous Harvard professor Rosabeth Moss Kanter claims that innovation was never a passing fad, although she does admit that it is “rediscovered” as a driver of business growth around every six years (the approximate length of a generation of business leaders, according to Moss).

What are the forces that are bringing innovation to the fore today? Why are we being besieged with the admonition to “innovate or die”? This was recently used as a title by the bestselling guru Tom Peters; the University of Pennsylvania professor Jack V. Matson; the BBC and NBC; and the publications Time, Forbes, Wired, The Huffington Post and Business Insider, just to name a few. Even an MBA course at Columbia University Business School bore this name!

Why are we being besieged with the admonition to “innovate or die”?

The renewed attention to innovation is most likely a consequence of two main factors: first, the world has finally emerged from the Great Recession –in which short-term survival came first– and companies now have some money available to think about long-term transformations. Secondly, the wane of the famous brands which did not succumb because of the financial crisis in general but because they stayed the pathway instead of others’ innovation came as a shock. The decline of names like Kodak, Nokia, Blackberry, Blockbuster, My Space and others graphically drew corporate leaders’ attention to the innate vulnerability of companies in the capitalist world. Even the future of brands like Sony and Microsoft is being questioned in some circles.

The philosophy or the imperative of innovation?

My second discrepancy with the title of this article lies in the fact that a “philosophy” is a body of reasoning or thinking. Using this term in the context of business innovation gives the sense of being limited to disquisition. However, the need for innovation in companies is imperative; it is essential. Paraphrasing Schumpeter, Leonard4 claims that sooner or later, almost all companies fall victims of their competitors’ innovations. Business leaders who ignore this lesson do so at their own risk: to survive, they must be entrepreneurial and think strategically.

The problem is that innovation is so difficult… right?

Not all of us are Jeff Bezos, the iconic founder of the ecommerce giant Amazon.com and a true business visionary. Going out in search of the great vision that will forever change the rules of the game in our industries –Kim and Mauborgne’s “blue oceans”, where we will leave our competitors behind– would simply be quixotic for the majority of business executives. 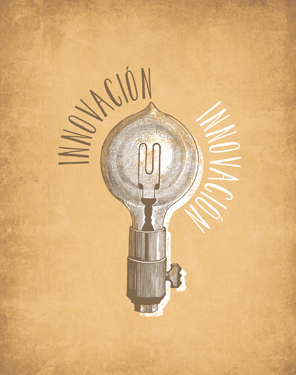 According to Christensen, over time, disruptive innovations create new markets and sets of values. One example would be the Ford Model T, which broke the schemas of the rest of the automobile industry, which produced luxury goods, and instead made automobiles affordable for the common folk, leading to a disruption in the carriage industry. Disruptive innovations typically manifest themselves more as economic options that open new markets, which eventually eclipse the old markets. Some more recent examples than the Ford Model T are mobile telephones, which are replacing landlines, LCD television screens, which have replaced cathode rays, and Netflix, which decimated the DVD rental market (bye, Blockbuster!).

The fact is that if a disruptive innovation occurs in your company’s industry, it would be best to join it by buying or associating with the innovative company or –if not– imitating it. It is that or getting reading for early retirement… The problem lies in the fact that it is rarely very easy to identify a successful disruption –especially from companies at the forefront of the industry being challenged– until it is too late. On his own initiative, the inventor of Netflix offered to partner with Blockbuster in 2000 and was laughed out of the boardroom. Blockbuster went bankrupt in 2010 while today Netflix has a market valuation of US$ 28 billion, approximately ten times what Blockbuster was ever worth.

So lots of luck if you have to deal with a disruption of this kind!

But the majority of companies operate in industries where no disruptions can be seen today. They are the terrain of incremental innovations, which do not upset the existing markets but add value to industries, usually through technological changes. Evolutionary incremental changes reflect the practice of continuous improvement that characterises total quality management and its subsequent practices such as the ISO norms, Six Sigma and “lean” thinking. Revolutionary incremental innovation is called “breakthroughs” or “breakouts”. One example would be the netbook, which revolutionised the size of the laptop but in no way created a new market or system of values.

This is the field of incremental innovations where all entrepreneurs and business executives should focus in order to keep their company in line with – or preferably a step ahead of – the competition. There is no need to be a genius like Steve Jobs to practise incremental innovation. With time, practice and steadfastness, some of the innovations achieved may become “breakthroughs”.

There are two kinds of innovation: disruptive and incremental

From systematisation of the leadership of innovation to disruption

There is a vast trove of literature providing guidance on methods for managing innovation. Any entrepreneur or executive interested should peruse it and perhaps hire a coach who is an expert in the field.

The techniques are different, but once the techniques of incremental innovation have been mastered, the time will come to try to lead disruptive innovation. It will not be easy, but the prospect of possibly being the one to open up a new market that leaves the others out in the cold might energise all businesses.

And thus, this essay should have been called “Innovation: Perennial imperative to lead companies” (!). 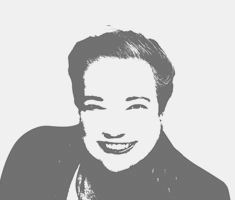