Technology that serves the community

Cloud computing promotes a new development model for Latin America because it provides the community with access to a level of computing that was previously only available to large corporations and the most developed economies. Cloud computing comprises the next stage in the democratisation of computing by eliminating the unhappy distinction between those who can make the major capital investment to purchase and maintain the latest technologies, and those who cannot. Cloud computing creates economic efficiencies that in turn promote equality by improving the standards of life of our communities, creating new jobs, lowering costs, improving agility, promoting social inclusion, and facilitating data security in an increasingly digital world.

New jobs are created because cloud computing frees an organisation’s budget (that had previously been tied up with technology investments and their maintenance) so it can be invested in new markets and products. According to a CEPAL publication, the adoption of cloud computing by companies in Brazil could create 900,000 new jobs. In addition, a study by the Boston Consulting Group has revealed that SMEs that use cloud computing create twice as many jobs as those that do not.

Cloud computing creates economic efficiencies that, in turn, promote equality by improving the standards of life of our communities

Cost savings are the result of not having to make major capital investments in servers and other equipment. By consolidating the demand, economies of scale are achieved that result in lower costs per server for items such as electricity, operation, maintenance and physical space. In terms of electrical consumption, energy savings can be translated into lower carbon emissions, which is another positive effect for the community. For example, the Instituto Mexicano para la Competitividad (Mexican Institute for Competitiveness) estimates that having medium and large-sized companies in Mexico migrate to cloud computing would lower these emissions as much as removing 90,000 vehicles from the road.

By providing on-demand access to computing resources at any time and from any device connected to the Internet, cloud computing offers greater agility to users. For example, it allows governments and companies to respond to unexpected peaks in demand that an internal server set-up would probably be unable to handle. When Costa Rica was affected by an earthquake in 2012 and traditional communication methods became inoperable, cloud computing made it possible to handle the sudden increase in traffic. It played a key role in allowing the national television station (Teletica) to address the community’s needs by providing essential information updates.

The enormous potential of this technology in improving social inclusion is just as important. For example, cloud computing allowed the Instituto Colombiano para el Fomento de la Educación Superior (ICFES, Colombian Institute for the Promotion of Higher Education) to publish university exam results twice each year for the benefit of students, their families and professors, which otherwise would have required thousands of internal servers.

Cloud computing also has the potential of improving data security. Many small and medium-sized companies are unable to provide appropriate levels of security for their systems. In fact, according to a study of 70,000 security breaches at 1,600 companies, Alert Logic found that systems hosted on internal servers are more susceptible to unauthorised access than cloud applications.

These important benefits can be attained as long as the technology is trusted. To achieve this, the respect and privacy of personal information must be guaranteed, and there must be clear rules for handling that information. At Microsoft, we assume the contractual commitment of safeguarding personal information and we are at the forefront in terms of implementing international standards, such as the new ISO 27018 international standard for cloud privacy.

We are convinced of the benefits of this new technology that can tremendously help our community, without sacrificing the privacy and security of personal information. 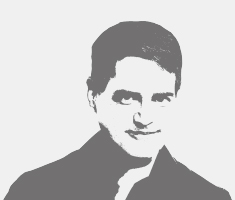 Daniel Korn
Director of Corporate Affairs at Microsoft Latin America / USA
He is the Director of Corporate Affairs at Microsoft Latin America and also handles Microsoft’s governmental affairs for 46 countries in the region. He holds a B.M. (violin) from The Juilliard School, a B.A. magna cum laude from Yale College, a J.D. from the University of Virginia School of Law, and a Law Degree from the University of Buenos Aires. He started his career in Microsoft in the Global Group for Intellectual Property Policies. Daniel is the co-author of the article recently published by the Inter-American Law Review titled “Facilitating The Cloud: The Regulation of Data Protection as an Engine to National Competitiveness in Latin America”. [USA]