The challenges of the Argentine democracy

In a work which took the Organisation of American States (OAS) and the United Nations Development Programme (UNDP) almost three years to complete, entitled Nuestra Democracia (Our Democracy) , in the Foreword we said, ‘The development of democracy in Latin America carries on while the dilemmas and questions change. The past agitates our democracy less and less. While the future is more and more relevant.’ The question is no longer: What can we do to avoid the return to authoritarianism? The new question is: What can we do to resolve the problems and ensure a better quality of democracy? How can we organise growing support from society which gives power and sustainability to democracy in the Region?

In this work, whose academic coordination was carried out by Dante Caputo and José Antonio Ocampo, and in which I played a part in its political coordination, Heraldo Muñoz, current Chancellor of Chile stated, ‘Despite the progress made in the post-transition to democracy, the citizens’ frustration at the inequality in the distribution of wealth and in the exercise of power, at the low public involvement in public affairs, corruption in the public and private sectors, citizen insecurity and the weakness of the state, among other aspects, can be clearly observed.’ We agree on the need to expand citizenship and strengthen the institutions in all areas, as a necessary basis to reduce inequalities and increase confidence. We are certain that democracy will be sustainable to the extent that the legitimacy of exercise and the legitimacy of ends are added to the legitimacy of origin.

Within the framework of this Project, between 2008 and 2010, we organised multiple dialogues with political, academic, economic and social stakeholders in 18 countries of Latin America and the Caribbean. Simultaneously, upon finding consistencies and similarities, we learned the difficulty of turning these into a dogmatic theory which hides the uniqueness of each of the different historical processes and the current realities of each national community. As the social thinker Manuel Castells would say, ‘What I do not have in my intellectual career is a theory; I have changed my theories one hundred times and I will continue to change them…For me it is not a dogma…I am talking about usable theory…The subject matter which I have always sought to keep constant is the subject matter of power’.

It is possible, with these intellectual qualms and practical experience, to think that the central ideas of Nuestra Democracia (Our Democracy) in Latin America have heuristic value in terms of analysing the current transition in Argentina, between the government headed by Cristina Fernández Kirchner and whoever succeeds her on December 10, 2015. After twelve years of the Political Process which began with the Presidency of Néstor Kirchner and the severe crisis of 2001-2002, now there is a major challenge for Argentine society. The citizens and the main stakeholders of this electoral political process must completely come to terms with it. 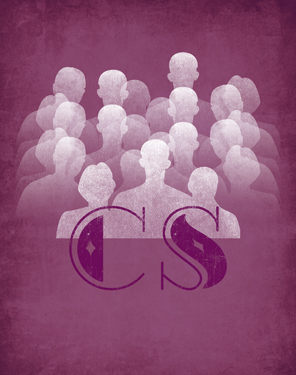 Both a structural aspect and a circumstantial one challenge the country in both the institutional and cultural areas and mutually influence and interpellate one another. It is almost a given that Argentina shows, for its natural resources and the conditions of its population, an extraordinary capacity to recover from the socio-economic and political crises that it repeatedly goes through; but precisely, the other side of this coin is the difficulty it has in maintaining sustainable processes of economic growth, social equity and institutional strengthening. This means that favourable circumstances have not been properly taken advantage of and that the negative contexts have resulted in wide rifts in society and in its productive and institutional structure. One of the consequences is that the Middle Class Society that Argentina always seems about to bring to fruition, has invariably become a horizon that moves away just as it seems within easy reach.

The electoral context, at least in this Southern Autumn, foresees an important balance between different political alternatives and the possibility that, for the first time, the mechanism of a second round of elections planned for under the National Constitution, which was reformed in 1994, would actually be put into practice. The weakening of the traditional ways of the Political Parties and the growing lack of faith of the citizens in the proper functioning of their institutions make the situation even more complex.

On the other hand, the international context seems to be even less favourable than in other moments during this century. Structural problems of the Argentine economy are reappearing and the social dynamism which marked the first years of the Kirchner Governments has been expended. Institutional quality has gone down and political polarisation has once again grown to the detriment of the democratic debate and the patriotic consensus.

A problem of no less importance is that, usually, in Argentina, Ideas are confused with Projects, and these with Public Policies and in equal measure with State Policies; all of them necessary, but which will only be effective if it is understood that each of them are mutually interdependent. No sustainable Political Consensus can be achieved if ideas are not developed with in-depth and systematic analyses of reality, and with a clear understanding of the opportunities and threats present, taking advantage of the former and overcoming the latter. Closely tied to this attitude is an unconscionable view of the global reality around us; analysing it and understanding it do not ensure the success of public policies but disregard for it is the road to ruin.

In Argentina, Ideas are confused with Projects, and these with Public Policies and in equal measure with State Policies

Within this framework, there is a growing demand by the citizens for Debates and Dialogues which, truly reflecting the current realities and needs, propose a view and a path which are sustainable in the medium and long term. This means, under the current political circumstances, envisioning the next period as a Coalition Government. This experience is by no means usual within the Argentine political tradition; it has to be built up, despite the lack of precedent.

Fortunately, there is no dearth of leadership, as leaders are found in different spheres of Argentine society, and if they can only manage to harness the synergies, they can make it possible to overcome the negative of moving forward and going backwards, of rising and falling dramatically. It means listening to and looking at each other with sincerity, respect and in a constructive manner, dissenting democratically and agreeing responsibly.

The institutional forms, the deadlines, the topics and the parliamentary agreements of such coalitions must be defined in the coming months. The challenge is to reach an important consensus on matters such as Education, Energy, Transparency, Justice or Health. We must avoid the ‘false consensus’ of simply agreeing, for example, on education being for all and on it being of good quality. To reach an important consensus, we must agree on: what changes have to be made to achieve it, how much the budgetary cost is and how it is to be funded, what hindrances there are to be overcome through negotiation and collective persuasion and what the spheres of influence are and how they are built.

It can definitely be said that the Argentine political culture and citizenry lack the necessary precedent in this regard. However, this is what POLITICS is all about: uniting the will to change, in order to build a democratic power which will make it possible to overcome new and old challenges. Taking a long-term view, we need to make sustainability possible to make way for economic growth with social equity in a full democracy of citizens. 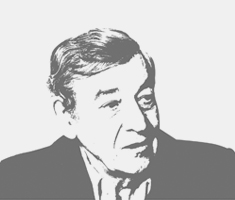