The Homeland of the language

IDEASUNO MagazineThe Homeland of the language

Much has been written and discussed about the real and metaphorical value of the Spanish language. The fact that today it is a language spoken by more than five hundred million people, according to reports from the Cervantes Institute, has created its global dominance, evident in powers such as the U.S. Interest in learning Spanish among those who do not have it as their first language should be directly proportional to our interest in spreading it with rigour and foresight, something that does not always happen. The trivialisation of our Spanish society has devalued a language, even in the areas thought to jealously guard it, such as the academic, literary and journalistic areas, to such an extent that it has endangered the values on the basis of which the Royal Academy, for example, was created: “Cleans, fixes and gives splendour”. The academics at the Royal Academy are starting to become aware of this, and proof of this is that the latest conferences on the language are being held in Latin American cities such as Valparaíso, Chile, 2010, Panama City, 2013, and the next, planned for March 2016, in San Juan in Puerto Rico. This is no coincidence, considering the strength of the Asociación de Academias de la Lengua Española (Association of Spanish Language Academies) (ASALE), founded on the weight of its many members and speakers with a presence in the US which is no longer just migratory but in fact and law.

Rubén Dario and Luis Cernuda, great authors who referred to Spanish as a common homeland

The richness of the language should not be treated as an “intangible asset”, an ornamental pretext for Universal Exhibitions, macroeconomic, political or international meetings, but as a tangible reality. One important change could be these events also including experts in culture and humanities. All things considered, the language constitutes a “Homeland”, not subject to the changes and fluctuations of borders adjusted through historical agreements and transformations, but instead to a reality of thinking, a way of understanding, communicating and interpreting the world.

One of the first intellectuals to understand this was the Nicaraguan Rubén Darío, father of the modernist movement, a true constructor, through the language, of more bridges and areas of progress than many architects would be capable of producing. In his book Viaje a Nicaragua (Journey to Nicaragua), this cosmopolitan writer and journalist spoke with farsightedness about the language, his and ours, as providing an identity. He warned in 1898, after the recent loss of the last Spanish colonies of Cuba and the Philippines, that the language, referring to English rather than Spanish, was also a form of colonialism, of cultural dominance. He was right about this too, as we can see less than one year before the centenary of his death. 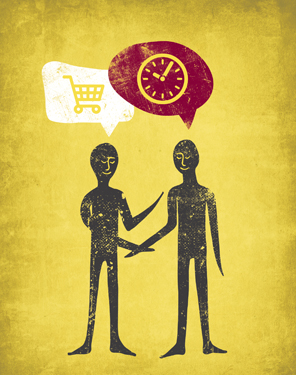 It was however the teacher and poet Luis Cernuda, a member of the so-called Generation of ‘27, in exile in the U.S., who best defined the concept of “The Homeland of the Language” on returning, in the nineteen fifties, to give classes again in his native language, Spanish, in Mexico. In one of his last books, Variaciones sobre tema mexicano (Variations on a Mexican theme), he poetically meditated on the language and its influence; its universal dimension and how the structure of thought of a language establishes and recreates the real and identity-related space. With this rare book, a book of poems in prose but also with a pensive and almost philosophical tone, we cannot forget that Cernuda belongs to the school of José Ortega y Gasset, saying: “How can one not feel proud to hear our language spoken, a faithful echo of it and at the same time autonomous expression, by other peoples on the other side of the world? These people, whether knowingly or not, wanting to or not, with those same signs of their soul, which are the words, keep the fate of our country alive, and would have to keep it alive even if it ceased to exist”. This deep reflection published almost seventy years ago by Cernuda was continued in essence by the publication Cuadernos Hispanoamericanos, especially in the periods from its foundation, with Pedro Laín Entralgo and Luis Rosales, until the end of the period of management of the poet Félix Grande. Thanks to them this idea was rigorously and constructively debated, from both transatlantic sides of the language, with reflections from such highly rated thinkers and creators as Octavio Paz, among others.

Florida and its International University are now at the epicentre of the Spanish language in the U.S

This idea is currently being seriously and passionately worked on in Miami, at the FIU (Florida International University), which in very little time and without many resources has become one of the top ten North American universities, and the one with the largest number of Hispanic students in the country. This February, President Obama himself used it as the venue for his speeches on immigration policy and relations with the Hispanic community. The most curious thing is that this University bases its prestige on the teaching and study of the humanities, especially Spanish Language and Literature, History, and culture as a foundation and anchor for constructing society. This work is largely due to the efforts of the teaching staff, such as the Professor of History Aurora Morcillo, who works on creating proposals such as the “Initiative for Spanish and Mediterranean Studies” in which she seeks to promote a platform to explain the relationships of the culture and the sea, the History of Spain, linking it to the history of America. People such as José Varela Ortega, chairman of the Ortega y Gasset Foundation, have been involved in this and it has the support of the current King of Spain who visited it last year when he was still the Prince of Asturias. It is, however, the responsibility of everyone, across the board, from all possible fields, intellectual, business, political and economic, to ensure that this tangible reality, this homeland of the language, continues growing, healthy and powerful, preserved but yet renewed. This creates our world, broad and with many shores, and the secular greatness of our language. A foundation for reality and progress. Those who have read it (and lived it) know it.

Manuel Francisco Reina
Writer and literary critic / Spain
He is a writer and literary critic who contributes to the press through different media such as ABC and Babelia, a supplement of the newspaper El País. He has published books of poems such as Las Liturgias del Caos (The Liturgies of Chaos) and La Paternidad de Darth Vader (The Fatherhood of Darth Vader) and has won several awards such as the City of Irun and the Aljabibe de Poesía Poetry Award. He coordinated the song No os olvidamos (We won’t forget you), in homage to the victims of the Madrid train bombings. He is author of the novels La Coartada de Antínoo (The Alibi of Antinous) and Los Amores oscuros (Dark loves) about Federico García Lorca, winner of the City of Zaragoza International Historic Novel Award, with unanimous approval of the Congress of Deputies, for recovering the legacy of Ramírez de Lucas that this work brought to light. [Spain] @manuelrreina