The Society of Change: 20 evolving trends

Communication is a reflection of what is happening in society, and through its analysis, the economic, political and social trends that shape our contemporary history can be gleaned.

New ways of communicating and relating continually arise within this changeable and complex environment, and with them, new trends and leadership that guide the development of societies. Companies, institutions and governments today face new communicative responsibilities in an ever-changing and increasingly demanding society.

The most profound and valuable impact left by the Great Recession has been the increasing controls by the owners of the companies, the shareholders, their investors and their stakeholders, generally speaking, in view of the managerial practices of companies and institutions that had historically remained above such intense scrutiny.

Similarly, citizens now play a key role in the outcome of present-day events, as they are no longer merely passive subjects, and have gone on to become demanding consumers, critical voters, or simply citizens with the capacity to put into question the events happening around them. 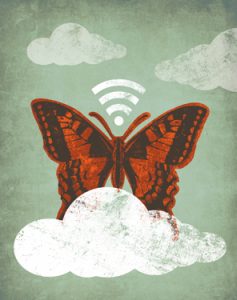 Their mouthpiece is no longer just the printed word; the new Information and Communication Technologies enable them to make use of a number of tools which speed up and multiply this process.

Under these circumstances, transparency is no longer merely an option, but rather an obligation.

The current operational environment of companies, financial institutions and public organizations is characterized by the need for these to repair or reinforce, as the case may be, their confidence, their credibility and, ultimately, their reputation among their stakeholders.

For this reason, innovation and corporate intelligence must likewise be part and parcel of the DNA of their executive management.

The changing nature of the current situation is made apparent, in addition, in the phenomenon of globalization and in social changes such as mobility, massive online and open learning, job rotation, tourism and the new intercultural connections that all these phenomena give rise to.

Today, borders are no longer geographic and internationalization has become an infinitely more attractive option for the full growth of developed economies.

This global trend has brought about a change in the global axes of power, historically based on geostrategic factors in a bipolar world.

In this regard, Latin America appears to the world as one of the new global centers of economic and social growth, as well as power, in a position of continuing neutrality in view of the resurgence of the emerging Asian powers and the decline of the European continent.

All these trends that will define the coming future, and which I already outlined in my recently published book El octavo sentido (The Eighth Sense), are included in this volume of UNO 20, which is of special relevance to us as it coincides with the 20th anniversary of the Company, and in which we wanted to reflect on those concerns, opportunities and challenges that define the 21st century society.