The time for the Chamber of Commerce of Spain

IDEASUNO MagazineThe time for the Chamber of Commerce of Spain

The 1959 Stabilisation Plan, the immediate reactivation and the subsequent development of the 1960s in the past century, in fact constituted the first socio-economic –not political– transition for Spain. It meant overcoming underdevelopment and marked the beginning of a liberalisation and modernisation process which left the autocracy of the lengthy first stage of General Franco’s dictatorial regime behind. As a result, Spain embarked on its journey towards a model of social market economy which was expected to become at par with the developed countries in the world. A new generation who wanted to turn the page on the disastrous civil war and the hardships of the autocracy was found at the very beginning of this process –aside from the serious difficulties in matters related to external payments–.

But Spain was only able to take the quantitative and qualitative leap forward which put it at par with the most developed countries in the world during the reign of King Juan Carlos I, wherein a series of momentous milestones took place, such as the transition to democracy, the decentralisation into autonomous communities, the entry into NATO, the integration into the EEC, the inclusion within the Eurozone, and in sum, active international involvement. Regardless of its inadequacies and faults –and there are quite a few of them, which are serious– today, Spain enjoys a full democracy, the rule of law, a developed social market economy and with a solid level of international liberalisation, a high degree of administrative and political decentralisation, and a welfare system which has endured –despite cutbacks– a severe economic crisis.

The worst economic crisis experienced by the global capitalist system –after the one which started in 1929– became evident in Spain in late 2008 when the housing bubble burst, which contributed to excessive debt by private economic agents which, year after year, had their balancing entries in large unsustainable current account deficits. The crisis brought about the closure of businesses and job destruction, while social and territorial tensions were on the rise.

But the truth is that the government of Mariano Rajoy managed to avoid the clamoured full rescue of the Spanish economy in the summer of 2012, and instead only requested a partial rescue of the financial system. The process of fiscal consolidation, the internal devaluation, which occurred as a result of the Labour Reforms –and which the Spanish people bore with substantial doses of family solidarity– the ECB’s aid to our banking system and the good performance of the external sector, all made it possible for Spain to turn the situation around. The recession was overcome in 2013, while the economic recovery which began in 2014 continues to gain ground in 2015, and is furthermore favoured by external advantages such as a decrease in the oil prices or a more advantageous exchange rate for the euro relative to the dollar. 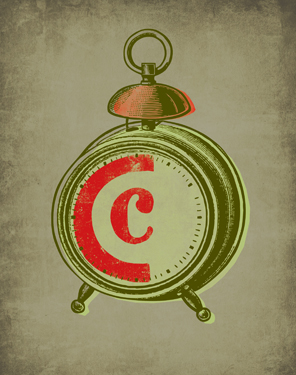 But in any case, the crisis helped demonstrate that the growth model of the Spanish economy was too dependent on speculative housing and making a quick buck in the short term, ignoring the productive economy. A crisis of values was found behind all this, wherein the culture of hard work coupled with long-term vision and ambition, a certain self-demanding personality, a desire for leadership and global foresight in the sphere of productive economy with an emphasis on quality, innovation and the brand, was merely relegated to second priority.

Out of a sense of patriotism, a few business owners of leading brands in different sectors within this strategic line of defence of the productive economy, decided to found the Leading Brands of Spain Forum in Barcelona in 1999, for the purpose of making the model that we represented more visible to the public and striving for some exercise of public-private cooperation as well. It is now a well-consolidated initiative. Law 4/2014 of April 1, fundamental to the Chambers of Commerce, Industry, Services and Navigation of Spain, is found along the same lines which, involved in a new Regenerationism, seeks to re-found the Spanish Chamber of Commerce system by replacing the previous High Council of Chambers of Commerce with the Official Chamber of Commerce, Industry, Services and Navigation of Spain (Spanish Chamber of Commerce). All parliamentary groups voted in favour of this law which introduces a new set up for the Chamber of Commerce of Spain, which brings together the main players of the Spanish economy, the large companies, the largest chambers, representing business organisations, freelancers and Spanish chambers abroad and representing the competent ministries, in an evident exercise of public-private cooperation.

The Chamber of Commerce of Spain essentially has 3 great challenges or objectives among the functions attributed to it by law.

As I stated earlier, Spain –including undeniable problems, inadequacies and needs for improvement– today has a privileged position in the world and the institutional and socio-economic system that supports it does not have any serious alternatives at present. This is why this system –enshrined within the 1978 Constitution– must be defended at all costs in the name of the welfare of the Spaniards. And the fact is that the cornerstone of this system is the company, upon whose success and social responsibility rests the welfare of all Spaniards.

The internationalisation of Spanish companies

Spain had a late start at internationalisation, which is merely adapting to globalisation, the true framework of any existing activity both in the social world and the corporate world. Fortunately, however, in the last 30 years, a certain international platform of Spanish companies with a significant position in the world has been constituted, and the crisis has helped push many SMEs to internationalise. They need all the help they can get. And this mission of providing support and aid must be enhanced through coordination and close alliance with all competent organisations and administrations in the foreign service.

The competitiveness of Spanish companies

Closely related with the above objective is business competitiveness, as it is clear that competitiveness is a prerequisite for internationalisation and this in turn, contributes to competitiveness. While it is true that competitiveness essentially rests in the price-quality relationship of products, it is likewise affected by other relevant business aspects such as: improving the business dimension, improving the human capital, that is to say staff training, improving technology capital, that is to say R+D+I –special interest in carrying out the process of digitisation of companies–, improving business capital, which is limited to intangible assets, and specially, the brand itself and the business networks which nowadays reach the virtual world and improving the overall economic policy and the economic policies which affect business performance, as a government advisory body.

Much is left to be done and the Chamber of Commerce system is willing to coordinate and affiliate with business, union organisations and competent administrations to endeavour to serve the Spanish companies and thereby, to work for the welfare of all Spaniards. 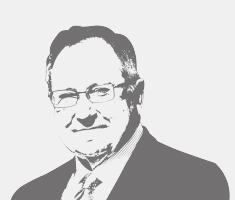