2015 is an important year for global development. The people of Parco compare it with 2000, when the Millennium Development Goals that expire this year were approved. Others compare it with 1945, when this entire galaxy of organisations and conferences full of acronyms was created. The fact is that the Sustainable Development Goals to be attained by 2030 will be approved this September. These are even more ambitious than the Millennium Development Goals because they include ending poverty, achieving equality and dignity, and focusing on environmental sustainability. A new Framework for Development Financing will be approved in July, and specific commitments in the area of Climate Change are expected at COP21 this December in Paris.

UNCTAD, a UN agency, has been calculating the cost of these objectives. By setting an amount for these hopes, regardless of their tentativeness, it becomes apparent that we are facing a major change. The goal is no longer financed with billions of dollars, but rather with trillions of dollars each year (US$ 4-7 trillion). Part of the global effort towards closing this gap consists of identifying, understanding, documenting and socialising experiences that are working. There are three main sources for closing the development funding gap: foreign aid (ranging from bilateral agencies to the World Bank or the IDB), domestic resources within each country, and mobilising private sector resources. In the case of Latin America (and Peru is not an exception), foreign aid plays a small role since the region has moderate revenues. Therefore, the focus must be placed on other sources.

In the case of domestic resources, an important aspect for Latin America is that there is significant room for improvement in the area of tax revenues because an average of 15% of the GDP is being collected, and this number is very low for our current level of income. Aside from collecting taxes, expenditures must also be improved. In this area, an interesting example is the option of works for taxes in Peru or the possibility of allowing a taxpayer to select, for a fraction of the tax, the low-income rural municipality that will receive their tax payments as a way of rewarding the most efficient, transparent or innovative governments, just as Japan has done. Other elements related to domestic resources are aimed at improving and expanding capital markets –an auspicious case is the securities exchange within the Pacific Alliance– as well as fighting against money laundering and other illegal cash flows. 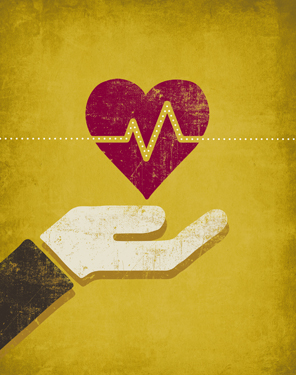 Perhaps the area with the most potential in reducing the financing gap lies in the mobilisation of private resources. Viewed as a whole, there is a great deal of savings in the world today, and although there are also countless investment needs, they still fall below the savings. In order to make progress towards development, and this applies to countries as well as to the set of UN sustainable development goals, the focus cannot be simply on the ability of governments to collect taxes. Instead, a new approach with the private sector is required.

The aim is to make investment opportunities a reality in projects that focus on improving people’s quality of life. The corresponding legal incentives and mechanisms are needed in order to attract these investments. In Peru, for example, we have seen interesting cases of Public-Private Alliances (PPA) in which a private investor assumes a set of risks in exchange for the future prospect of a profit that justifies the risk. The investor is usually an operator with experience in the business and the appropriate financial support so it can take risks and properly manage the infrastructure, allowing state resources to be freed so they may be used for other purposes or to guarantee new projects. The challenge today is how to expand the financial support of private operators in order to undertake additional projects that are not related to the infrastructure. In other words, how do we connect new agents (investors, savers or pensioners, local or global) with the financing needs of developing nations?

Interesting experiences include “social impact bonds” in which governments pay against results that allow attaining certain impacts, such as future savings

Interesting experiences include “social impact bonds” in which governments make the commitment to pay for outcomes that allow certain impacts, such as future savings. This is the case of financing preventive health through private loans in order to allow future savings linked to expensive diseases that are commonly associated with the new middle classes, such as diabetes. This has been taking place in Africa and it is financed by the government through international cooperation resources. Another example of innovative social impact bonds is rehabilitating young people in order to lower future cost of having prisoners in jail. Just as with prisoners, in the case of developed countries, these social impact bonds are making it possible for a community to have interesting investment opportunities (in terms of profitability) that also contribute to social welfare. Common elements of these innovations are a fine-tuned and serious effort in mitigating risks and establishing clear rules, particularly in developing countries. In terms of risk mitigation, in Africa, for example, a fund decided to split a 300 megawatt power generation project into 20 parts for comparison purposes, for greater identification with the “local provider” and so the infrastructure would not be perceived as a “mean” monopoly. In this specific case, the efficiency sacrificed in terms of economies of scale was perceived as the cost for mitigating specific local political risks. Another way of establishing the risk mitigation bridge is through guarantees and other financial instruments that address the needs of investors and the risks they are willing to take. In turn, investors will appear in the form of new alternatives, such as “crowdfunding” and its multiple formats, from collective financing to micro-sponsorships. Additional experiences –good and bad– are expected this year to help us speed up development. And that, in itself, is already a gain. 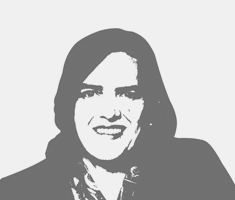