Tiles in a vast universal mosaic

The world has become connected not only through trade and political force. The history of civilisations is essentially the history of the culture of peoples, their migration and the exchange of thought and the forms of art that express them. Much of this plural, evolutionary history of culture and art is conserved in museums. Each museum harbours a fragment of the overarching story of civilisations, like the tiles in a vast universal mosaic. The yearning to understand the world, to map its memory, is what inspires this kind of public institution, the heirs to the Enlightenment, at the dawn of our contemporary age.

In today’s globalised world, museums still serve the same twofold purpose as when they were founded: to conserve the testimonies of the past for future generations, and to democratise their value and enjoyment for citizens. Our institutions have not changed much; however, what has changed radically is society and the way it interacts with museums.

Museums are a reflection not only of history but also of the contemporary aspirations of a society. This is how we view it at the Museo del Prado, and this was the inspiration behind its recent expansion and modernisation to adapt an almost two hundred-year-old institution to meet the demands of a growing cosmopolitan public which wants to celebrate the existence of the art that the museum conserves and learn about the history and thinking concealed behind each work.

The complex web of relations that shapes our globalised, hyper-connected world has also affected the mission of museums today, which are required to take on new responsibilities. The traditional mission of stewarding the testimonies inherited from the past has been replaced by another mission of sharing and expanding museum activity beyond the walls.

The traditional museum, which is physically located in a given city and a given building and is identified with a nation’s cultural and artistic progress, is being forced to reconsider its original local identity to embrace a parallel and broader universal identity. It is fascinating to look at the range of solutions that have been tested by different museums in recent years to deal with this new reality. No museum is identical to another, and therefore the different formulas tested are all unique as well. 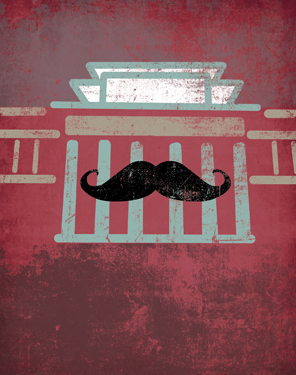 For example, the responses by contemporary art museums to this new and expanded model of cultural diplomacy are disparate. They have greater freedom, and certainly more conceptual premises, to test this operation online. In fact, without looking any further, one of the first and most publicised attempts to make the global world congenial to museums was the expansion operation tested in Spain with the creation of a Guggenheim branch in Bilbao.

However, history museums face greater difficulties; as mentioned above, they have built their prestige on their immovable cultural and physical location, and their main distinction lies in the particular history of the country and the national identity that indelibly permeates each museum’s collections. This is a matter of historical perspective which cannot be the same for an English, French, Spanish or Chinese person. The British Museum’s relationship with the world is different to the Louvre’s and, of course, the Prado’s is different to the National Museum of Beijing’s.

The national galleries that emerged from the Enlightenment ideals are privileged repositories of the collective memory of different nation-states, comprised of the remnants of their history joined by the cultivated collecting tradition of each country and, more recently, by the academic revision which our institutions have posited of the particular and universal history of the art they harbour. This specific vantage point cannot be ignored when we talk about the cultural diplomacy strategies that each is trying to develop.

To be more specific, the Latin American perspective, for example, cannot be the same for the Prado as for the Louvre or the museums of Berlin. Our shared history requires us to undertake a more urgent, profound and complex reflection. Creating bridges between the museum institutions in the Latin American cultural realm is unquestionably one of our priorities, and at the same time it is a pathway that enriches the inevitably partial vision we each have of history and art. In short, the goal is to overcome the often divisive ways of understanding the major cultural and artistic phenomena on either side of the Atlantic. More specifically, understanding the unique vice royal way that art was created in the multifaceted Baroque world and its relationship with the hegemonic models of European art requires a generous disposition to share the most diverse knowledge and perspectives. This might be one of the most fascinating unexplored avenues that the internationalisation of culture and art afford us.

To begin exploring in this direction, we have to overcome some of our prejudices. We have to recognise, for example, that our hegemonic position in the orbe declined several centuries ago. While the modern European powers were colonising the world, our country lost its last overseas possessions. Having lost power, the only thing remaining to us is a glorious inheritance, nothing more and nothing less than one of the most diverse and richest historical and artistic heritages conserved by any nation in the world, including, of course, our common language.

Political power has now turned into cultural power. This is an exercise in proud sincerity which is going to allow us to participate actively in the course of our expanded world today without losing our privileged historical perspective.

Miguel Zugaza
Director of the Museo Nacional del Prado / Spain
He earned a Bachelor’s in Art History from the Complutense University of Madrid in 1987. His professional career got underway in 1986 when he took over the reins of the cultural services company Ikeder, a job he held until 1994, when he joined the Reina Sofía Deputy Directorate General of Museums, where he remained until 1996. From 1996 until 2002 he was the Director of the Fine Arts Museum of Bilbao. In 2002 he was appointed Director of the Museo Nacional del Prado, a post he still holds today. [Spain]