To the rescue of the impoverished middle class

The economic crisis, from which we are now –fortunately– emerging, has profoundly transformed Spanish society. Between 2007 and 2014, the unemployment rate rose from 8% to 23.6%; today Spain has more than 5.4 million unemployed persons, 62% of them long-term (meaning they have been looking for a job for over one year). Today, there are more than 700,000 homes without any income whatsoever. The recession has also caused very widespread impoverishment which will take a long time, if ever, to eradicate. Likewise, social inequality and poverty have shot up. The wealthiest 20% in Spain earn more than seven times as much as the poorest 20%, one of the hugest gaps in Europe. And around 20% of the population is at risk of poverty.

The middle class will vote less for the major political parties, although this does not signal political apathy

Within this context of unemployment, inequality and impoverishment, the middle class has plummeted. According to the Centre of Sociological Research (CIS), while 63% of Spaniards considered themselves middle class in 2007, only 48% did in 2013. Mikroscopia, a macro-survey administered by MyWord to a representative sample of almost 8,400 people, revealed an even steeper decline in the middle class. Generally speaking, 54% of citizens declare that they have dropped a social class because of the crisis; 28.9% have dropped from the middle-middle class to the lower-middle class. Therefore, one-third of citizens might be part of the new impoverished middle class. This is a subjective figure, as it measures the perception of a drop in the social ladder –not a real drop– although that does not make it any less important.

The impoverished middle class has transformed its living, consumption and purchasing habits, and it is large enough for political parties, companies and banks to feel threatened. In this sense, even though the disenchantment with the two main parties that have dominated Spain’s political life seems to be cross-cutting, the data from the MyWord ObSERvatorio for Cadena SER reveal that the decrease in bipartisanship, measured by intention to vote, is 11 points higher in the impoverished middle class than among individuals whose social class has no changed. However, this decline in support for bipartisanship does not reflect greater political apathy. More leftist than rightist and between the ages of 45 and 54, these are informed people with a keener interest in politics than the bulk of the population.

In Spain there is a sudden rejection of the capitalist economy, only trailed by Mexico and Argentina 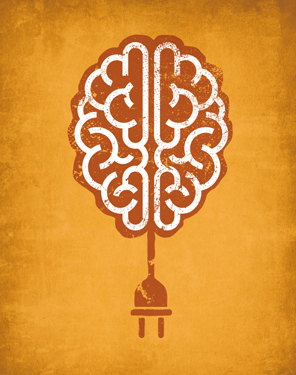 Consumption and purchasing habits have also transformed more among the middle class who have come upon harder times than among those that have remained immune to the recession. More people now make things in their homes whereas they used to buy them (9.1% more than the rest of the middle class), and they more often use measures common in a “war economy”, such as mixing dishwashing detergent with water (8.4% more), buying cheaper brands (23.3% more) and shopping around for discounts (3.7% higher), comparing prices (3.8% higher) and going shopping with a list to make sure they only buy what they need (4.3% more). Not only are their pocketbooks smaller, but their mindset has shifted to become more austere through sheer conviction, and they are more critical of consumer society.

Likewise, there are more “rebel consumers” among the impoverished middle class than among those who have not been affected by the crisis (10% higher on average): these are people who reject or mistrust the large economic and financial corporations in a country in which support for the market economy has plunged precipitously.
In 2007, almost seven out of every ten Spaniards believed that capitalism was the best economic system for our country, a percentage that was higher than in the other countries around us, such as Germany and France. Seven years later, the backing for the market economy has plummeted 22%. In a ranking of 44 countries, Spain is now among the most anti-capitalist, only trailed by Mexico and Argentina.

Mistrustful of the traditional large political parties, the impoverished middle class is threatening to abandon the legendary corporations; likewise, it is more willing to punish companies that do not show exemplary behaviour. Aristotle said that “…the best political community is formed by the citizens of the middle class, and… those states are likely to be well-administered in which the middle class is large, and stronger if possible than both the other classes, or at any rate than either singly; for the addition of the middle class turns the scale, and prevents either of the extremes from being dominant.” It should be in the interest to everyone, parties and corporations alike, to contribute to rescuing the now-impoverished middle class. 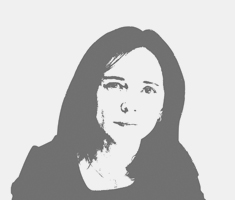 Belén Barreiro
Director of MyWord and former President of the Centro de Investigaciones Sociológicas (CIS) / Spain
She is the creator and Director of MyWord, a company that engages in advanced, social and market research. She has been the President of the Centro de Investigaciones Sociológicas (Centre of Sociological Research) (CIS) and also directed the Idea Laboratory of the Alternativas Foundation. She holds a PhD in Political Science, Sociology and Social Anthropology from the Autonomous University of Madrid and a Master’s in Social Sciences from the Juan March Institute of Studies and Research. She has been a Consultant in the field of public opinion for over 20 years, and she has worked as a university Professor. In September 2011, she was chosen by the magazine Tiempo as one of the 100 most influential Spanish women of the 21st century. [Spain] @BelenBarreiro_