We owe a great deal to the welfare state. The success of Europe after World War II is closely tied to British welfare, Germany’s “social” economy and the “Glorious Thirty” in France. Even though the socialists always appropriate the model, it is a cross-cutting phenomenon from the ideological standpoint. Of course we have to recall Lord Beveridge, Hermann Heller and the “existential provision” (Daseinvorsorge) and the Nordic Social Democrats, with Sweden as the classic reference. But we should also bear in mind that conservative politicians like Benjamín Disraeli and Spain’s own Eduardo Dato were there much earlier at the origin of “social security”. At the heyday of welfare, even though it was already being questioned by the 1973 oil crisis, article 1.1 of the Spanish Constitution solemnly proclaimed that “Spain is a social and democratic state governed by the rule of law”, thus copying the substance of Bonn’s Basic Law. Jurists, sociologists, political scientists and economists have spent page after page deciphering the causes and consequences of this concept, whose theoretical underpinnings Manuel García-Pelayo explains better than anyone else. So everything was all set… until the current crisis.

If we are objective, I repeat, we have to recognise the welfare system’s benefits. If its die-hard defenders remove their ideological blinders, they have to admit its weaknesses as well. The social state is very expensive, so much so that many years ago James O’Connor spoke about the state “fiscal crisis”. It requires tax hikes and generates a bureaucracy to run it that is often inefficient. From the ethical standpoint, it dilutes personal responsibility because of a lack of incentives. It fosters the existence of the free-rider, a kind of universal “sponger” who only seeks personal benefits and never contributes. In political theory, another unsuspicious thinker, Niklas Luhmann, claims that the social state is the victim of the exaggerated expectations it arouses. Therefore, it has both advantages and disadvantages. Under Hayek’s ideological mantle, Reagan/Thatcher spearheaded a neoliberal “revolution” / “reaction” in their day. The Keynesians from all parties have reacted vehemently. In the midst of the financial crisis, the debate was stirred up with important figures and excessive partisan prejudices. For this reason, we must use common sense to put things in their proper place.

Socialists and liberals exaggerate their viewpoints. From the left (in the broad sense), the blame is shifted to the insatiable capitalist and the submissive politician. The avidity of the markets and the monetarist economy apparently lead us to a rupture of the social pact stemming from the adversary’s intrinsic evil. Everything turns into diatribes against “unbridled” capitalism and “libertarian” neo-cons. Nor is the right particularly lucid in this revived battle of ideas. It defends its effective management in contrast to socialist squandering and produces experts and technocrats. Then it is surprised by the “progressive” predominance in that front, which conditions social behaviours (including, of course, electoral behaviour).

All of this has some grain of truth, and yet also conceals another considerable part. The welfare system is unsustainable when we lose our sense of measure. Unproductive spending, unsustainable taxation and a mindset alienated by the demand for rights without the counterbalance of duties are the perverse triangle which objective observers see with crystal clarity. It is also a good idea to be realistic when faced with the predictions of new crises with a deterministic bent which history refutes time and time again. In other words: whether we like it or not, the bankruptcy of Lehman Brothers does not herald the death of capitalism, an economic system which is perfectly capable of overcoming its own contradictions. The proof is in the pudding.

The emerging middle classes are calling for a new style of democracy. The existence of these new middle classes is undeniable, but so is the fact that the same old middle class is still there as well, with their natural leaders. This is proven by the repeated success of Angela Merkel. Therefore, wherever the economy works, the old social contract remains alive and well. However, it no longer works in many places. And this is why inequality is on the rise according to almost all indicators. Using an already-overused prefix, there is talk of the post-welfare society, which is more careful with consumption and less ambitious in its life projects. The times of easy credit and conspicuous consumption are over. Just maintaining one’s status has become a more than sufficient goal.

Where the economy works, the old social contract is alive and operant

In Spain, incidentally, the strength of the family, the drain of well-educated youth and the dynamism of certain sectors are factors that come into play when dealing with the crisis with the least psychological damage possible. Here it might be less traumatic to accept the euphemism of a “participative society” in the sense that the state will no longer be able to fulfil its social commitment and people will have to contribute more. For this reason, it is futile to demand the approach formulated in the Constitutions (social state, rights to public benefits, high quality of life standards) or the EU treaties or in other documents with greater or lesser regulatory power, all of which were adopted in more prosperous times. Good wishes (which we all share) are not equivalent to good solutions. Actually, quite the opposite, because well-intentioned policies lead to uncertain results. However, the major argument of the left attributes the voluntary rupture of the “pact” to certain predatory elites, leading to unacceptable inequalities between the few (upper class) and the many, who are either directly excluded or reduced to being cheap labour. To simplify, let us say that the elite is increasingly wealthy and the masses increasingly poor. According to the common analyses, it is clear that this new dominant class is only made of the owners and managers of the vast global capitalism, which is displacing the former “well-off” classes, that is, reasonably successful professionals, senior civil servants and owners of medium-sized businesses.

And thus we reach the crux of the matter. However, the important thing is that austerity is not a whim but an objective necessary, even though it is crucial to apply “cut-backs” to unproductive costs and not to forget that the middle classes are the bread and butter of a good democracy. If the large centre-left and centre-right parties do not manage to offer appealing proposals, the road will be open to populism, a contemporary form of demagoguery. And that is, purely and simply, the worst path possible. 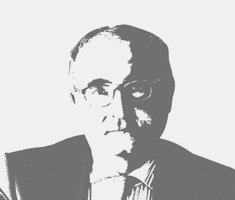