A strategic association for climate

30 years ago Spain and Portugal signed their accession to the European Union. Looking back, it is clear for those who experienced the exciting years following our entry into the European project that it entailed a process of modernization, stability and prosperity for both countries. Despite the difficulties that the Iberian countries had to face in the past years due to the worst economic crisis in recent history, we have found in the European Union the best guarantee for a better future. Never before had our continent, that is, the countries that make up the Union, enjoyed a longer period of peace, stability and prosperity. This is not coincidental. It is the result of a collective effort based on solidarity and the universal values of freedom, democracy, equality and the rule of law, with the object of overcoming national egoisms and ensuring freedom and prosperity for our citizens.

In their accession to the EU, Spain and Portugal also brought with them a part of Latin America, a region that influences our lives in such a strong and palpable manner that it is sometimes difficult to see where Europe ends and Latin America begins. Therefore, in recent years the EU and Latin America have sought to establish a stable framework to promote political, social and economic cooperation to govern our relations based on the aforementioned universal values. This wish came true at the 1999 Summit held in Rio, through the bi-regional strategic association between the EU and Latin America and the Caribbean. Since then, the gap separating us has greatly closed to the mutual benefit of both regions. There are countless examples. The trade links between the two regions have doubled over the last decade. The European Union is the main investor in the region, accounting for 34 % of Latin America’s foreign direct investment, while 20 % of the FDI received by Europe comes from Latin America and the Caribbean. We have signed many trade agreements, to the extent that Latin America is one of the most integrated regions into the EU.

We have a historical responsibility of providing specific answers right now

Furthermore, both regions share concerns for global issues. The truth is, in the world we live in, we must face major common challenges that will only be tackled if we join our efforts. Thus, we must take advantage of the opportunities offered by our privileged relations to translate our will into real actions to meet large global challenges together. One of the most pressing issues, from an environmental and development point of view, is climate change. We have the historical responsibility of providing specific answers right now. In this context, the next Summit on Climate Change to be held in Paris at the end of the year under the auspices of the UN will be a great opportunity to show the world that our strategic partnership is an association for the future and an opportunity to jointly promote a sustainable development and ensure a high standard of living for our citizens through a strong, binding commitment to tackle the global warming problem. 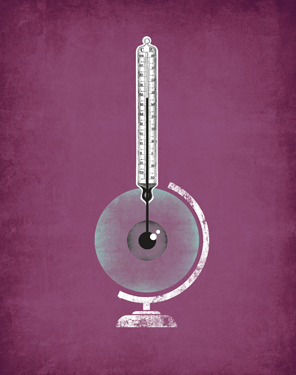 As a negotiator for the European Union at the Paris Summit, I want the latter to mark a milestone in a new era of global interdependence. I want it to start a new stage in which the defense of the common good brings together the countries around the world to fight for the noble cause of leaving a better legacy for future generations. To this end, the EU has put on the table a solid and unambiguous commitment. In October 2014, we reached an agreement to reduce our CO2 emissions by, at least, 40 % in 2030 compared to the 1990 levels. This agreement illustrates a clear example of our ambitious and serious will to fight climate change. But we also think that this commitment is compatible with economic growth and job creation. The data prove it. Despite the economic crisis, our industry has been able to reduce its emissions and remain competitive thanks to the establishment of the European carbon market, already 10 years ago, which fosters investments in new, more efficient technologies. Indeed, scientific and technological progress has not only entailed new opportunities for our economies, businesses and the creation of new jobs, but is the key to the success of our climate action.

Major nations are moving in the right direction. All the members of the G7 have announced emission reduction goals, as agreed at the last Climate Summit held in Lima. Half of the G20 member states have also submitted their objectives. In total, 50 countries have already established specific mitigation and adaptation goals, including Mexico, China, the U.S., Russia, Canada and the European Union. Together, we account for 60 % of the global emissions. Although it is a sound figure which shows that more and more countries are taking this problem seriously, it is still not enough. I would like to encourage the Latin American countries that have not joined this effort yet to do it as early as possible, each to the extent of their possibilities. The European Union is ready to reach out to those who need aid in the fight against climate change. No country should ignore the aforementioned shared global responsibility. We must all contribute to this effort, as it is in our hands, especially in those of us who have public responsibilities, to leave a better, fairer and more prosperous world to the future generations.

The fight against climate change is closely related to the abovementioned shared values. We cannot and must not jeopardize the future of our children, further exposing them to the risks of climate change. This global challenge is too serious to tackle it by ourselves. The European Union will live up to the occasion. I am confident that our commitment will serve as an example for other regions around the world, including Latin America. We should not miss the opportunity that Paris will offer to all regions and nations. Let us strengthen the international cooperation at the Paris Summit by reaching a sound climate agreement, binding, with clear objectives and measurable progress. All humanity will be watching us and shall remember those who lived up to the expectations.

Miguel Arias
European Commissioner for Energy and Climate Action / Spain
He is European Commissioner for Energy and Climate Action since November 1, 2014. He completed his Law Degree at the Complutense University of Madrid (1974), becoming State Attorney. In 1987, he worked as Professor at the University of Cadiz until 1982, when he was appointed Andalusian Congressman. In 1986, he was elected as MEP until 1999, heading the Parliamentary Committee on Agriculture and Rural Development. He was Minister of Agriculture and Fisheries for the Spanish Government (2000-2004) and Minister of Agriculture, Food and Environment (2011-2014), before being appointed head of his party’s list for the 2014 European Parliament elections. [Spain]