Brazil, Mercosur and the European Union: opening up as a means to survive

IDEASUNO MagazineBrazil, Mercosur and the European Union: opening up as a means to survive

Brazil and the countries of the European Union (EU) have shared a long history of close and lasting friendship that has decisively contributed to strengthening the economic and political relations. Although these relations have been developed in a more intense manner since the exchange of diplomatic missions in 1960, it should be noted that the results would have been much more positive if Brazil, concerned about the failures of Mercosur and the need for solidarity among certain countries in the region, such as Argentina and Venezuela, could have deepened its efforts to gradually remove the trade barriers with the EU.

However, it is important to recognize the fact that the Brazilian position has been readjusted in recent times, through proposals that have yet to translate into an agreement that could revitalize the trade exchange with the EU.

Brazil can certainly not remain indifferent to a trade association with 28 European countries, accounting for 508 million citizens and a GDP of near EUR 12 trillion. The EU is an extraordinary global economic and trade player; main exporter and second largest exporter in the world, with a share of almost 20 % of the world exports.

In 2013-2014, Brazil accounted for 2.1 % of the total EU trade and was its largest Latin American trading partner, with a share of 21.4 %. The EU is also the largest trading partner of Brazil, with flows of about EUR 61.9 billion, that is, 24.1 % of Brazil’s trade in 2014. Between 2003 and 2013, trade increased more than threefold, confirming the importance of the trade relations for both parties and the urgent need to reach an agreement to further enhance them.

Moreover, the EU has become the most important foreign investor for Brazil, with an expenditure of EUR 131.9 billion, accounting for 49.2 % of the total foreign investments recorded in Brazil in 2013. Brazil cannot remain chained to the commitments to certain Mercosur members, such as Argentina or Venezuela, who fear the removal of the protective barriers to prevent potential EU competition.

Brazil can certainly not remain indifferent to a trade association with 28 European countries, accounting for 508 million citizens and a GDP of near EUR 12 trillion

In the current context, the EU and Brazil are faced with the prospect of a profitable business relationship and it is crucial to do everything necessary to overcome the obstacles. The already dynamic economic relationships have enormous potential for expansion: besides the prospects for increased trade, particularly with the possibility of reaching a trade agreement between Mercosur and the EU, mutual investments are expected to continue growing.

Science, technology, the information society and the media are other areas in which cooperation in various joint projects looks promising. The EU-Brazil Strategic Document provided a framework to promote the cooperation between both regions for the 2007-2013 period and entailed the allocation of EUR 61 billion, aimed at developing sectorial dialogue, scholarship programs and environmental protection.

The main agenda items for the 2014-2020 period include effective multilateralism, macroeconomic issues, maritime and air transport, culture and education, climate change, sustainable energy, fight against poverty, the Mercosur integration process and the prosperity in Latin America. As regards education, almost half of the scholars of the Science without Borders Program, covering all levels of higher education, choose EU countries for the priority areas of the Program. 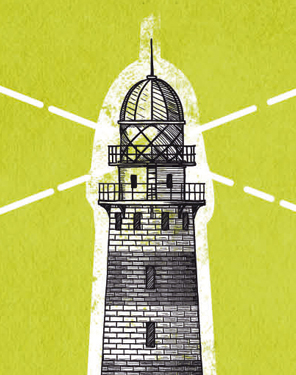 This new relationship places Brazil among the main priorities of the EU, and it may receive an even greater boost through the implementation of the action program EU-Brazil, as well as the cooperation initiatives EU-Brazil-Africa-Caribbean. The latter complements the South-South cooperation, a priority item for the Brazilian foreign policy, since it encourages the exchange of experiences in the management of common challenges for developing countries.

The last EU-Brazil Summit (Brussels, February 24, 2014), the seventh to be held, contributed to the development of the Bi-regional Association Agreement between Mercosur and the EU. Both parties, at the highest political level, confirmed their willingness to reach an ambitious, comprehensive and balanced agreement. It should be noted that both parties discussed the issues of online governance, a matter in which Brazil and the EU have converged (the defense of a multi-sectorial, democratic and transparent governance model) and the perception that information and communications technology can be a powerful development tool.

It is essential to properly implement the three Letters of Intent between the European Commission and Brazil, in order to promote the touristic flows between both parties, establish a structured political dialogue on the space policy and give special importance to scientific cooperation through the Joint Research Centre of the European Commission and the Ministry of Science, Technology and Innovation of Brazil.

To this end, the loan agreement of EUR 500 million should be granted promptly and adequately, to carry out renewable energy and energetic efficiency projects between the European Investment Bank and the National Bank for Economic and Social Development (BNDES).

The Final Declaration of the 7th Brazil-EU Summit reinforced the idea that the growing competitiveness, innovation and economic growth will not translate into tangible results unless cooperation in the fields of technology and science is enhanced, particularly as regards sea sciences, food safety, nutrition, sustainable agriculture, energy, nanotechnology and technological innovation. This dialogue fits in the context of the EU-Brazil Strategic Association, launched in 2007 and which could be seen as a framework for the relations with Brazil in other fields, based on their common interests.

Despite the risks, Brazil and Mercosur generally recognize the need to open up their markets in order to survive

Thus, Brazil needs to give a new boost to the negotiations between Mercosur and the EU, as they seek a trade agreement but discussions are actually stalled due to the policies of subsidies and protectionism in agricultural products. Although there is no information about the detailed specifications of the proposal that Brazil wants to submit along with Argentina, Uruguay and Paraguay, advancing towards a free trade agreement with the EU seems like a priority.

The biggest opposition is that of Argentina, due to the weak state of its economy and the ongoing campaign for the presidential elections to be held this year. Therefore, an amendment to the rule which states that all members must unanimously agree to reach agreements might be promoted. The Governments of Brazil and Uruguay have sent clear signs showing that they are willing to advance at a faster pace than their partner, more specifically, a founding partner. However, European countries also fear opening up their market to the competition of the Brazilian agriculture (and perhaps Argentina).

Despite the risks, Brazil and Mercosur generally recognize the need to open up their markets in order to survive, given the advanced state of the negotiations of free trade agreements with other countries, such as the Pacific Alliance or the Transatlantic Partnership between the U.S. and the EU.

The regional economic crisis, with the drop in the prices of raw materials, is another factor that has forced the South American region to adopt a stronger stance in the search for new international partnerships. With an exhausted market growth strategy, it is necessary to do it by increasing exports, with the support of trade, financial and technical agreements. 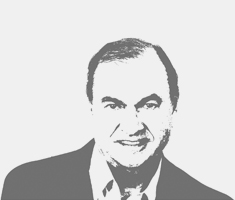 César Maia
Director of the Liberdade e Cidadania (DEM) Foundation and Councilman of Rio de Janeiro / Brazil
He has been Constituent Federal Deputy and Major of Rio de Janeiro for three mandates (from 1993 to 1997 and 2001 to 2009). Exiled in Chile during the military dictatorship in Brazil, he graduated in Economics at the University of Chile. He is the current Director of the Liberdade e Cidadania Foundation, member of the Demócratas party, and represents the latter in South American affairs, as well as acting as an international observer. He is also the Vice President of the Centrist Democrat International, an association of political parties to which both PP (Spain) and CDU (Germany) belong. [Brazil]