Among the strategic factors influencing the relations between the EU and Latin America, civil society is rarely named. And even when mentioned, on many occasions it seems to be done merely for the sake of being politically correct rather than out of conviction.

Why are civil society organizations, or should be, so important in the relations between the EU and LAC?

Sometimes, by thinking about the specific interests we forget the most essential things: political and strategic interests. There can be no strategic alliances unless civil societies support them

Second, because in this time, marked by the shift in trade and investment movements from the Atlantic towards the Pacific, the importance of political and strategic factors should not be forgotten. Strategic alliances will be crucial in a period in which the world must face serious challenges such as climate change and sustainable development, the increasing inequality, global governance, migration and the exodus caused by wars, the shortage of rare resources or water, the transition towards other energy sources, certain processes of medievalization in religious conflicts and epidemics or the emergence of new world powers like China. And, without a doubt, no strategic alliance is more natural than that between Europe and Latin America, two regions representing a trillion people. Sometimes, when we think about specific interests we forget the most essential ones: political and strategic interests. It is occurring within the EU and it could happen in the relations with Latin America. The truth is, there can be no real, deep and lasting strategic alliance unless both civil societies support it. 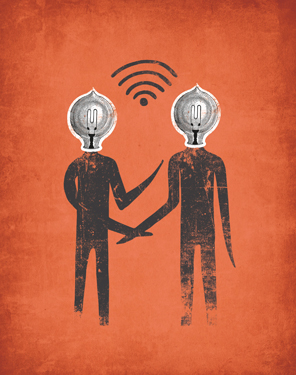 Third, there are emerging civil society players, which the authorities find increasingly difficult to ignore. Let us name three recent examples, such as the position of a great part of the European and U.S. civil society in relation to the Transatlantic Trade and Investment Partnership (TTIP) or the movements driven by new generations in Honduras and Guatemala against corruption, the education reform in Chile or the international pressure against the “protection contracts” in Mexico. The globalization and democratization processes inevitably entail demands for the recognition of the civil democracy and social citizenship, along with political and civil citizenship. The civil society is, and will be increasingly so in the near future, a key factor for the acceptance, legitimacy and promotion of alliances between both regions.

In over 20 years of relations between the Latin American and European Civil Societies, we have achieved some important milestones: a climate of cooperation and trust; direct collaboration between sectors such as social economy, unions, businesses; social networks; the strengthening of Civil Society Institutions in Latin America; the consolidation of the Biennial Meetings; the participation of civil society at the EuroLat Parliamentary Assembly; the recognition of the participation of civil society in several business and partnership agreements, such as the ones reached with Chile, Colombia/Peru, Central America and the participation in the Strategic Partnership between EU and Brazil.

And, especially, to contribute to the creation of a new scenario in which the European social model is no longer a reference for many people. Thus, the irreplaceable strategic partnership between the European Union and Latin America must be renewed

However, there is certainly much work to be done to achieve a greater efficiency. I would like to suggest some priority areas: 1) Carrying out projects between the Biennial Meetings, for example, in the fields of social protection of migrant workers and displaced persons, informal economy and decent employment; 2) Structuring the participation of civil society in Strategic Agreements and Associations in a less repetitive and more rational and efficient way; 3) Strengthening the regional participation structures for civil society in the various Latin American sub-regions; 4) Achieving the creation of a joint participation between the European and Mexican civil society in the Association Agreement as well as in the Strategic Association; 5) Emphasizing yet again the importance that civil society grants to the achievement of an Association Agreement between the EU and Mercosur, not only for economic reasons but also for political and geostrategic factors.

And, especially, to contribute to the creation of a new scenario in which the European social model –the “world heritage” as pointed out by President Lula– is no longer a reference for many people. Thus, the irreplaceable strategic partnership between the European Union and Latin America 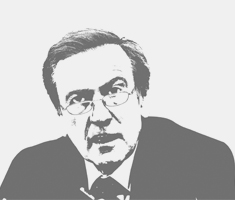