The historical political, cultural and economic ties between Europe and Latin America and the Caribbean (LAC) are long-standing, but it was not until 1999, after the first bi-regional meeting in Rio de Janeiro, when the relationships between the EU and the LAC acquired a more institutional nature, becoming an essential element of the political and economic strategies of both regions, particularly as regards international cooperation and economic affairs.

It is clear that, in recent years, the trade relationship between our regions has been affected by the persistent European economic crisis and worsened by the international crisis that broke out in 2008-2009. However, Latin America and the Caribbean are interested in enhancing their economic ties with the EU.

The deepening of the economic relations between our regions should be an important element on the agenda. Indeed, in the current context in which trade challenges place regions in the center of the global world, LAC cannot ignore the fact that in this reorganization of the global geo-economic map, Europe will play an important role. At the same time, the productive diversification that the LAC requires and the scientific-technological aid and investment capabilities that Europe can provide are undeniable.

The EU is the largest investor, main source of Official Development Aid, second trade partner and world’s largest food importer for LAC. The EU program on research, innovation, science and technology “Horizon 2020” is open to our countries, as is the new “Erasmus Plus” initiative which promotes student and academic mobility. It is essential to fully exploit these opportunities in order to improve productivity and competitiveness. 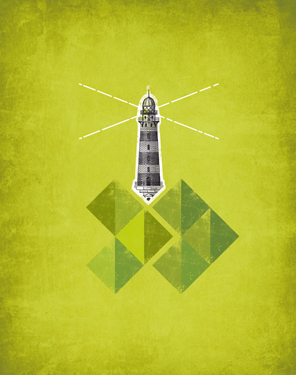 We are interested in promoting the European investment flows and a rapprochement between European corporations and Multilatinas, which are increasingly present in the Old Continent. In this sense, it should be noted that the European Investment Bank plans to allocate up to EUR 2.3 billion to carry out connectivity projects in our region. The aforementioned resources, combined with those of the CAF and IDB will open unprecedented windows to foster regional development. Infrastructure, energy, tourism, universities and technology centers could benefit from this co-financing initiative and the European professional experience.

New measures are also being implemented in the domain of bi-regional and interregional association agreements. In this field, the process that started in 2000 with the approval of the comprehensive partnership between the EU and Mexico, Chile, Peru and Colombia, as well as with Central America is now being fostered again in addition to the resumption of the negotiations to reach an agreement between the EU and Mercosur. Moreover, in 2014 two significant events have taken place: in July, Ecuador and the EU signed a trade agreement and in February, the EU and Cuba resumed their relationships to draft a special cooperation agreement to develop trade and investment.

Finally, the creation of the Pacific Alliance (PA), comprised of Chile, Colombia, Mexico and Peru and 42 observers, 13 being members of the EU, has stimulated the Latin American integration process, in line with the new trends set by the international economic relations.

Chile’s initiative, welcomed by the members of the PA, promoting the “convergence in diversity” to create a space for complementarity with Mercosur, addresses common needs in the fields of connectivity, energy and trade facilitation, among others, implying that the convergence strengthens the whole region and improves its relations with further regions, particularly with the EU.

Latin America and Europe need each other

Cooperation relations are also being developed as a result of the implementation of the eight topical chapters that were adopted in 2010 based on the priorities of the Madrid’s Action Lines (Science, research, innovation and technology; Sustainable development, Environment, climate change, biodiversity, energy; Regional integration and interconnectivity to promote integration and social cohesion; Migrations; Education and employment to foster integration and social cohesion and the world drug problem) completed in 2013 at the Summit held in Santiago de Chile with two further chapters: Gender and Investment. All these issues are key for Chile and for the whole region.

Latin America and Europe need each other. The current difficult economic times will be overcome in both regions. Political differences, both in Europe and Latin America, call for the promotion of convergence and should not be an obstacle to deepening our economic and cooperation ties.