The summit held in June 2015 in Brussels between the sixty-one States that make up the European Union and the Community of Latin American and Caribbean States (CELAC) was a moderate failure. And it was negative, mainly, because both continents are undergoing a process of economic and political introspection as a result of recent critical events. Although the European region remains the main investor in Latin America and the Caribbean –with a figure over EUR 500 billion in 2013, accounting for over a third of the investment flow that Latin America received–, China is competing with the EU, now close to an investment of 225 billion, while the center of gravity of the world economy continues shifting from the Atlantic to the Pacific. This is the picture of the current context.

The Old Continent “struggles to keep its importance in Latin America” read the headline of El País newspaper on June 12, 2015, describing the summit that took place in Brussels. However, the most immediate context refers to another European challenge: a struggle with itself to achieve the necessary internal cohesion and economic and political development objectives contained in its founding treaties. As long as the countries of the Union, especially those which make up the Eurozone, fail to reduce their contradictions and enhance their integration mechanisms, it will be highly difficult to achieve important developments on two major fronts: on one hand, the Free Trade Agreement Treaty with the U.S. that would translate into the creation of a huge market space and, on the other, the development of bilateral agreements with Latin American and Caribbean nations.

The European Union is concerned about its own problems –Greece, Ukraine, the economic crisis– and thus is unable to have a broader view of its possibilities

The Greek crisis in the EU –which ultimately broke out in July, but had been present since January of the current year and slowly grew while Europeans and Latin Americans were trying to draft a sound final declaration in Brussels– has taken up the energy of the European Prospective, including the required efforts for the relations between the Union and the CELAC States. The EU is facing one of its most critical eras –perhaps the most crucial moment in its history– as it must tackle an identity crisis. It has a long way to go: from its current circumstances, dominated by fragile economies and a significant gap between the northern and southern nations, towards its aspirations which can be summarized in a single point: achieving the federalization of the Member States from a political and legislative point of view, besides economic-financial terms. 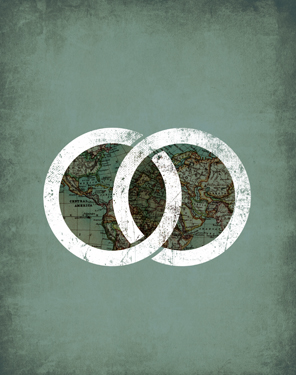 The Greek bankruptcy, with the various hostile behaviors it has entailed, has brought the European political classes back to their senses, as well as the public opinions of the Member States, by showing that the foundations of the European Union are not as strong and stable as everyone used to think. The emergence of populist political classes, whether from the extreme left, right or ultra-nationalism, pose various uncertainties in several European societies about the strength of the majorities supporting the European movement. The skepticism of the UK, which will hold a referendum on its EU membership in 2017, demands the full attention of the political class of the Member States and does not allow them to develop the political-trade role of Europe in Latin America and Asia, particularly in China, with the necessary speed and dynamism that this process requires.

Under these circumstances in which most States have very limited GDP growths, in general insufficient to promote their respective economies, it is very difficult for the EU to have a strong impact –at least, stronger than the current one– on the CELAC States. Moreover, the role of Spain in Europe –traditional bridge between Latin America and the Old Continent– has declined in recent years.

Socialist MEP Ramón Jáuregui, a balanced and fair politician, wrote in the Spanish edition of the Huffington Post (June 16, 2015) an illustrative article entitled “No somos nadie” (We are insignificant), highlighting the small role played by Spain in the relations between Latin America and Europe. Jáuregui is right when he states the following: “It has been said again and again that Europe has lost its ground, weight and influence in Latin America, despite being the main cooperating country and first trading partner. The EU-CELAC Summit held in early June was expected to correct the path taken in recent years, but this goal will not be achievable unless Spain increases its power within Europe and is able to divert the international attention of the EU not only to Ukraine and the Mediterranean, but also to Latin America. Because despite the importance of the challenges taking place in eastern and southern Europe –they are quite important– the political and economic opportunities that we have in Latin America are huge and the potential of the Strategic Alliance as regards global governance are impressive and urgent. To this end, Spain needs to become a powerhouse in Latin America and, I am sorry to say it, but we currently are insignificant (…)”.

There is a strong asymmetry between the Latin American and Caribbean countries, both economically and politically; some are growing while others are experiencing a recession, several are politically mature and others are not

Jáuregui is right. The current role of Spain in the relation between Europe and Latin America as described by him is not an exaggeration. Spanish people have embraced the controversial relations that their country has with Venezuela and Cuba –an area in which North American and even French representatives are ahead of the Spanish diplomacy–. Both handicaps greatly hinder Spain, while its minimal presence in the governing bodies of the EU –the most recent failure being the unsuccessful aspirations of Luis de Guindos, Minister of Economy, to become the President of the Eurozone– make the southern country wander through no one’s land, showing signs of confusion and without clear State objectives and references, beyond the situational goals that each new government establishes.

Moreover, the situation of the CELAC States is not homogenous from an economic or political point of view. On the contrary, it is clearly heterogeneous. According to José Juan Ruiz (El País, June 15, 2015), Chief Economist of the Inter-American Development Bank, there are two large groups of countries: those which grow and those which do not. Venezuela, Argentina and Brazil, which account for 51 % of the economy of the region, are experiencing crises, while the rest –49 %– grow at an average rate of 3.4 %. Thus, there are important differences in the economic sphere –“Latin American growth is shifting from south to north”, confirms José Juan Ruiz– which also occurs in the political area. While the democratic systems of some countries continue maturing and middle classes are slowly growing, other nations still have populist regimes and do not promote balanced social sectors to foster political and economic stability.

Spain does not have an important role in Europe thus limiting the cooperation between Spain and the CELAC. Moreover, Spain has quite complex relations with countries like Cuba and Venezuela

This strictly political aspect is a variable that is taken into account in the financial analysis that European investors carry out. The places where the traditional constitutional structures are strengthened –the Rule of Law– are usually characterized by having legal and labor certainty and complying with the judicial and arbitral decisions, which results in increasingly broad and profitable collaborations and important investments.

This short reflection on the current state of the relations between Europe and the Member States of CELAC should be sufficient to explain the fact that, faced with the increasing thrust of the United States and China and the strong market available in the Pacific region for the most stable Latin American countries, the latter is slowly becoming a less European region as regards presence and perception; thus becoming a pending challenge for the EU which requires urgent action.