“Spain is an American nation”, said the former Prince of Asturias and current King of Spain, Felipe VI, in a speech at Harvard University. The American context cannot be understood without Spain, and the Spanish identity cannot be explained without its Ibero-American influence either. This historically strategic relation has been an extraordinarily important asset for Spain and all countries of the Ibero-American Community of Nations.

It is true that the trade relations between Spain and Latin America are less important than commonly believed and certainly less than they should be. From 1995 to 2013, imports accounted for 3.5 %-7.8 % of the total Spanish activity. Exports oscillated between 4 % and 6.4 %. In contrast, Spanish investments in Latin America are incredibly important and account for 30 % of the Spanish foreign investments, only second to the U.S.

However, Spain cannot limit its relations with Ibero-America to the regional level. More than ever before, Spain must offer a comparative advantage and added value as a member of the European Union as well as reinforcing its status as a reliable partner for all Latin American nations.

On a different note, a leading player on the international scene such as the EU cannot turn its back to Latin America, a region with a huge economic and political importance. The latter has become one of the major players in the international arena, not only because of its importance in the world GDP, but also thanks to its population, participation in the world trade or weight in important multilateral organizations.

This rapprochement process has been enhanced in recent years, achieving important developments. Without any pretentions to being exhaustive, there are several data confirming the aforementioned statement: the signing of the Multi-Party Trade Agreement with Peru and Colombia, the approval of the Association Agreement with Central America, the process that should lead to the updating of the Global Agreement with Mexico and the Association Agreement with Chile, to name a few of the initiatives that this government has promoted. Before the end of 2015, Colombian and Peruvian citizens seeking to travel to Europe will be able to do it without a visa, thanks to the measures promoted by the President of Spain, Mariano Rajoy.

The aforementioned rapprochement can be clearly seen in the development of trade relations. Thus, the European Union is already the second largest trade partner ((Source: EEAS and European Commission)) for the Latin American and Caribbean region. Over the past decade, the bi-regional trade in goods more than doubled, totaling EUR 202 billion. From 2004 to 2014, imports of goods from Latin America grew by 64.3 % and exports to Latin America by 124 %. Furthermore, European investments in Latin America have greatly risen over the last years and already accounted for 43 % of the foreign direct investment in CELAC countries by 2014.

The promotion of the relations between the EU and Latin America has always been, since the very moment in which Spain became part of the European integration process, an essential objective in Spain’s foreign policy

The efforts being made within the institutional framework are undoubtedly part of this process and have positive effects on the economic development of the region. By opening the European market to Latin American exports and promoting investment through the establishment of a framework of legal certainty, the European Union is significantly contributing to the diversification and economic transformation process that Latin America is currently experiencing.

In short, I think we must be satisfied since significant developments have been made in relation to the bi-regional relations in recent years, which should enable us to face a future that demands a sound relationship between America and Europe with optimism and confidence. 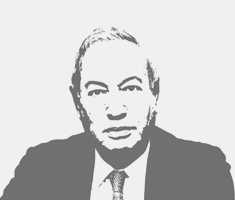 José Manuel García-Margallo
Minister of Foreign Affairs and Cooperation / Spain
He is Minister of Foreign Affairs and Cooperation of Spain. Degree in Law (1965); Master of Laws (Harvard, 1972) and Doctor of Law from the Miguel Hernández University (Alicante, 2002). Financial Inspector (1968). He worked as Director General for Community Development of the Ministry of Culture and as Congressman (1977-1979). He was also Chairman of the Petitions Committee of the Congress of Deputies (1979-1982) and was Economy and Taxation Spokesman (1986-1994) and MEP (since 1994). He was Deputy Chairman of the Subcommittee on Monetary Affairs (1994-2004) and Deputy Chairman of the Economic and Monetary Affairs Committee (1994-2004). He was awarded the Grand Cross for Civil Merit (1982) and the Order of Constitutional Merit (1983). [Spain]