In the past 35 years, the global economy has dramatically changed. An important part of this phenomenon has been the fact that international trade has grown at higher rates than production, which shows that economies are integrating themselves into the manufacturing scheme as a result of the technological changes, the business structure and a more liberal environment to conduct business.

Latin America has been a very active player in this process, not only due to the changes in the political circumstances of many countries, but because of the fact that the economy of the countries in the region has changed completely.

Thus, the change recorded in Latin America has been characterized by the huge windows opened by the globalization process in which the competition between different regions to export and attract more foreign investment has been one of the most relevant factors.

Mexico has taken a quite active role in this process, carrying out reforms that few countries have implemented and which ultimately enabled it to be among the top 15 economies in the world; it is also the fifteenth exporting country, a factor that has greatly influenced the strength of the national production and the creation of formal employment. It should also be noted that the workers involved in this activity usually earn higher incomes than those employed in other sectors.

During the 1994-2013 period (latest available data), the flows of global foreign direct investment increased by over 450 %, with the developed countries being the ones that benefited the most from this trend, as they accounted for 60 % of the total, while 36 % went to emerging nations and the remaining 4 % to transition countries. 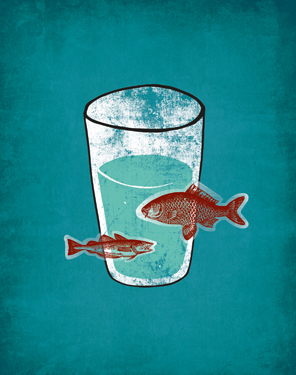 In this period, Mexico, as a net importer of capital which supplement the domestic savings, received over USD 400 billion, accounting for 1.97 % of the total global flows, becoming the fourteenth largest FDI recipient.

An important part of the inclusion of Mexico into the globalized process has been promoted by the various Free Trade Agreements it has approved and which currently grant the country preferential access to 45 nations. The most important treaties are NAFTA, with Canada and the U.S., and the EU-Mexico FTA with the 28 members of the European Union.

Thanks to the aforementioned point, in 2014, the EU became the second largest region as it receives 5.14 % of our sales, from which we receive 11.03 % of the imports and which made 46 % of the investments in the country, involving 16,431 Mexican corporations, with the Netherlands, Spain and Belgium as the main investors.

It should be noted that after the 2008 crisis, the business structure has experienced even greater changes that have modified the characteristics of some countries. As regards Mexico, a traditional net importer of capitals, from 1994 to 2013 it developed the export of capital surpassing the USD 131 billion figure, from which 35 billion went to Europe, taking advantage of the opportunities entailed by the economic context and the complementarity that might arise in Euro-Mexican companies. This is particularly relevant in Spain, which has benefited from investments amounting to USD 17.46 billion, with the participation of Mexican corporations such as CEMEX, CINEPOLIS, TELEVISA, Grupo CARSO, Grupo Silanes and Grupo SOFTEC, among others.

After the 2008 crisis, the business structure has experienced even greater changes that have modified the characteristics of some countries

The most recent cases are very important and significant operations, both as regards the involved investment and their sector: the acquisition of the urban transport and long-haul corporation Avanza by the Mexican enterprise ADO; the acquisition of Campofrio by Sigma Group; GRUMA purchasing the maize and wheat marketing company Mexifoods; the acquisition of the Aznalcollar mining complex; the purchase of the petrochemical company Vestoil and Wavin by MEXICHEM. However, this expansion is not only taking place in Spain, as illustrated by the TELEKOM example in Austria, Cemex in France, METALSA purchasing ISE Automotive GMBH in Germany and KUO Group acquiring Hoerbiger Drivetrain Mechatronics in Belgium.

This is a mere example of the efforts both parties can make to strengthen their relations, above all, due to the rebuilding and restructuring of the world economy, which is already showing quite positive signs and opens great opportunities to conduct business, but, particularly, for the Mexican corporations to invest and take advantage of the current economic context to penetrate the aforementioned markets and for Europeans in order to capitalize on the new opportunities that are arising in Mexico thanks to the structural change promoted by the current Administration. 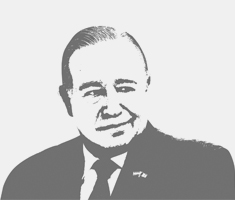