Mexico has a strategic interest in keeping a deep, solid, modern and ambitious relationship with the EU, based on the shared values of democracy, respect for human rights and social dialogue, as well as the common cultural heritage and strong historical, political, economic and human ties. Furthermore, we are united by our support for open markets and an international rule-based system to ensure peace and security. We also share interests: we both know the potential of free trade, foreign direct investment and integration to promote economic developments and social cohesion.

To meet these interests, both parties need to be able to design or modify the necessary tools and mechanisms to implement more concrete initiatives, enhance the political dialogue, increase trade, investment and tourism as well as cooperation. This is the objective of the ongoing task of updating the Global Agreement and Strategic Partnership through the Joint Executive Plan, to reflect the changes experienced by Mexico, the EU and the global environment during the last fifteen years in order to yield greater benefits for our societies.

For Mexico, the EU is a strategic ally in multilateral issues and a key player to shape a fairer order and face the global challenges

In 1950, Europe launched the most ambitious and successful integration process ever, teaching a great lesson on how to innovate in the creation of effective and powerful institutions which nowadays enable the EU to achieve great objectives, accounting for 26 % of the world GDP, being the largest trading power and the leading development aid donor. Moreover, it is a center of technological development and home to leading companies in strategic sectors in Mexico, such as the automobile, aerospace and pharmaceutical fields. As regards trade, the EU is Mexico’s third largest trading partner and, from 1999 to 2013, the second largest investor. 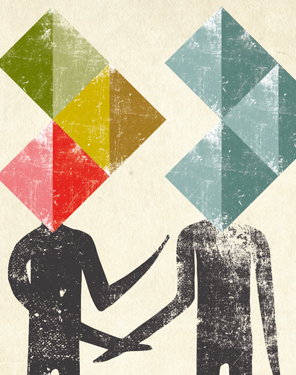 Government contacts with the EU and its Member States are frequent and positive. Since President Peña Nieto took office, Mexico has signed over two hundred agreements on health, education, aviation, energy and scientific-technological and economic-trade cooperation, among others. Four state visits have been made –Portugal, Spain, UK and France– as well as an official visit –Italy– and Mexico has received leaders of twelve further Member States, in addition to the various meetings that Chancellor Meade has held with his European counterparts. Mexico has just held the 7th Summit with the EU, its strategic partner, where both parties agreed to take significant steps to develop the process of updating the bilateral legal framework to start the negotiations soon.

For Mexico, the EU is a strategic ally in multilateral affairs and a key player to design a fairer environment in order to face the global challenges. Both parties usually have similar positions at the UN and the G20, thus becoming important partners for each other. Furthermore, we both have great willingness to assume greater responsibilities in the global arena, particularly in relation to issues such as climate change, the Post-2015 Development Agenda, the global problem of drugs, migration or the UN Peacekeeping Operations. Any efforts will be much more effective if Mexico and the EU work together.

This also involves the field of international cooperation. The EU is a major player in this arena and Mexico is developing its capacity to become part of it, not only as a recipient as in the past, but also as a provider, opening the possibility of further promoting bilateral projects but, above all, starting to develop triangular cooperation.

Besides the basic pillars of political dialogue, economic integration and cooperation in the bilateral relationship, there is a wide series of specific affairs in which the collaboration between the EU and Mexico is beneficial in itself. Such is the case of exchanges in science and technology, education, energy, upper education, human rights, justice, regional policy and employment, to name a few.

Few international players are more suitable than the EU to help Mexico achieve its domestic and foreign objectives. In addition, Mexico and Europe are expected to play a particularly crucial role in the international arena, each in its field and using their respective skills but also in a joint manner, based on their common values and interests, contributing to the creation of a global scenario in which they can fully develop themselves.

Mexicans and Europeans have a broad and dynamic agenda and synergies which unite us despite of the distance separating us. Our efforts are characterized by an inherent complementarity that will make them more positive if we enhance our relationships and seek tangible and specific benefits for our societies. 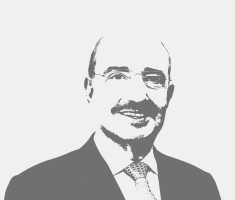