The relations between Mexico and the European Union have progressed as a result of a complex interaction in the guidelines that have marked the international agenda. Within these, it is necessary to highlight the globalization of the economic and political model of the North Atlantic or the addition of safety as a key policy after the terrorist attacks of 2001. Still, as regards both the preferences and circumstances that the two regions had to face, there is an underlying membership based on the identification of common values which safeguard an identical cultural and political vision, governing the relations of both parties.

The recognition of Mexico as a strategic partner has entailed further enhancements of the political dialogue, which in turn has translated a larger coordination between both parties on specific issues of global scope

More specifically, although the relations between Mexico and the European Union can be traced back to the last decade of the past century, they did not become official until the approval of the first cooperation agreement. That is, the “Global Agreement” on Economic Association, Political Coordination and Cooperation which entered into force in October 2000. Undoubtedly, the Agreement has been an essential tool which has entailed a significant growth as regards trade exchange and political relations. It is necessary to highlight that the latter have been developed in a rather fluent manner, among the various governments and parliaments, being channeled through the work carried out by the Joint Parliamentary Committee, which I proudly chair, but also thanks to the initiatives implemented by the EuroLat Parliamentary Assembly, of which I am also part. 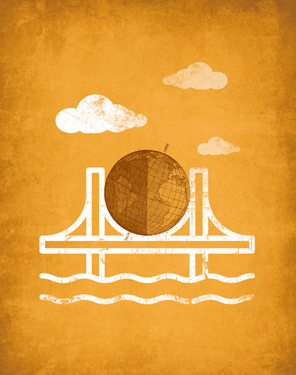 Another measure that has marked the relations between Mexico and the EU took place in 2009, when our Parliament approved a proposal sent by the European People’s Party which sought to improve the relations with Mexico to the level of “Strategic Association”, thus confirming the importance that Mexico has for the whole European continent. It can be said that this was a key and essential factor to strengthen the existing relationships, enhance the relations with Mexico to a status that can only be compared to that of other European partners such as the U.S., Russia, China or Brazil. The recognition of Mexico as a strategic partner has entailed further improvements in the political dialogue, which in turn has translated a larger coordination between both parties on specific issues of global scope such as safety, environmental protection and socio-economic issues. Moreover, for the European Union it was crucial to develop a special relationship with a country such as Mexico, which has a leading position in the main Latin American forums and is part of the major world organizations.

In the 15 years since the adoption of the Global Agreement, the challenges that both parties have had to face are significant, such as the search for common solutions for the economic and financial crisis, the drafting of demanding strategies against climate change, the development of a structured dialogue on immigration or the collaboration to reach the Millennium Development Goals. However, we must ask ourselves whether Mexico and the European Union have evolved similarly during this period or if, on the opposite, they have taken separate ways to meet these and other challenges that the global circumstances have imposed. Raising this issue in the current framework of negotiations aimed at updating the Global Agreement is essential for its impact to not be limited. To this end, both Mexico and the EU have reached a consensus to review the current relationships and find new ways to further enhance the bi-lateral exchanges.

The work of the Joint Parliamentary Committee has always been aimed at politically setting the path that both parties need to take, that is, sharing the same interests and approaches

Since its inception, the work of the Joint Parliamentary Committee has always been aimed at politically setting the path that both parties need to take, that is, sharing the same interests and approaches. Thus, it is possible to identify in the various joint declarations adopted in the course of the meetings, the efforts made by the Mexican and European parties, seriously addressing matters that affected both regions from a politically ambitious approach. Closely following the progress of the political life and economic development of both Mexico and the European Union has always been an obligation for the Joint Parliamentary Committee, but without neglecting other important affairs such as climate change, civil participation or cooperation in any of its dimensions, whether in relation to social cohesion or upper education.

From this space that has been granted to me by the magazine UNO, I would like to renew my political commitment as President towards the promotion and strengthening of the relations between Mexico and the European Union for the common good of both parties. 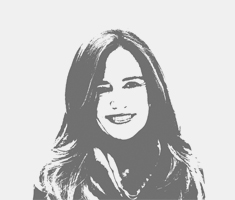 Teresa Jiménez-Becerril
Member of the European Parliament / Spain
She was born in Seville on July 24, 1961. She completed a Degree in Journalism at the Complutense University of Madrid. She currently collaborates with the national newspaper ABC and punctually with El Mundo and La Razón. Since 2002, she is Honorary Chairman of the Alberto Jiménez Becerril Foundation against Terrorism and Violence. She has been European MP since 2009 and member of the Committee on Civil Liberties, Justice and Home Affairs, the Committee on Women’s Rights and Equality and the Human Rights Subcommittee. She currently co-heads the EU-Mexico Joint Parliamentary Committee and works as Member of the European Parliament. [Spain]