Reflections after the 2nd EU-CELAC Summit held in Brussels

The 2nd EU-CELAC Summit was held on June 10 and 11 in Brussels (the 8th EU-LA). The meeting sought, as is known since the inception of the Summits in 1999, which enhanced the Ministerial Political Dialogue of San Jose and the Rio Group, to establish a true Strategic Partnership between both regions. This Summit, as usual, included the updating of the EU-CELAC Action Plan and a statement entitled “An Association for the coming generations”.

The previous Summit was held in Santiago de Chile in January 2013. Since then, many important things have happened in both regions.

The 2014 European Parliament elections were held in the EU, which entailed a new Commission headed by Jean Claude Juncker. Donald Tusk replaced Herman Van Rompuy as President of the European Council and Federica Mogherini succeeded Catherine Ashton as the new High Representative for Foreign Affairs and Security Policy and Vice President of the Commission.

During the elections, the European project had to overcome the most severe crisis since its inception in 1957 and the result is well-known: although the Parliament did not become, as Garton Ash had warned “a glasshouse full of people throwing stones from within”, it is clear that representatives of Eurosceptic, Europhobic, xenophobic, right and left-wing radical parties are already part of the Parliament in Strasbourg and increasingly so.

Europe has spent the last years trying to overcome the crisis and mainly focusing on its global consolidation projects, a bit like the myth of Narcissus, exclusively gazing at its own problems. It has emphasized on the internal dimension of its Project: Domestic Market and Economic and Monetary Union, trying to overcome the current shortcomings, trying to find the exit to the Greek maze and moving towards the Banking and Fiscal Union to get back on the path of sustained growth and job creation.

This has resulted in the Political Guidelines presented by Juncker, before he took office in the European Parliament, where he raised an Agenda on employment, growth, equity and democratic change, highlighting the advantages that the internal market entails and announcing his leading measure, an Investment Plan amounting to EUR 315 billion.

Logically, the outcome of the elections held on May 7 in the UK was a key factor for the future of the EU.

At the bilateral level, a wide range of proposals have been promoted after approving the Association Agreement between the EU and Central America

The external dimension of the project, on the basis that no further expansions will take place in the next five years, has been conditioned by the challenges posed by the Neighborhood Policy, both in the north –after the failed Vilnius Summit–, and in the south –where the Arab Spring has only spread in Tunisia and with many difficulties such the terrorist attack against Bardo Museum–. Severe problems also occurred in Syria, Niger, Nigeria, Yemen, Egypt, Afghanistan, Iraq, Libya, Kenya, etc.

The emphasis in the field of trade negotiations has been put on the ambitious Transatlantic Trade and Investment Partnership (TTIP) between the EU and the U.S., although the former has negotiated, is negotiating or holding conversations seeking to achieve similar Agreements with South Korea, Canada, Japan, Australia, New Zealand, South Africa, Malaysia, Thailand, Vietnam, Ukraine, Morocco, Tunisia, Jordan, Egypt, etc.

Meanwhile, Latin America, where some countries had been leading the global economic growth rankings until recently along with certain Asian countries thanks to the rise in the price of raw materials, among other factors, seems to be immersed in a cycle of change, characterized by a moderate economic slowdown.

Brazil, the sixth global economy, is no stranger to this phenomenon, as its economic model is showing clear signs of exhaustion. Brazil was on the brink of entering a recession last year, when the South American giant only grew by 0.1 % and investments fell by 5 %, combined with a significant depreciation of its currency, directly affecting all Mercosur partners.

The resumption of diplomatic relations between Cuba and the U.S. in December 2014 has revitalized the Hemispheric Summits through the 7th Summit of the Americas held in Panama in which, for the first time, Cuba took part. However, this does not mean that the remaining regional bodies will stop their activities (CELAC, Mercosur, Unasur, Pacific Alliance, Sieca, etc.).

It will be very interesting to see, as appropriately pointed out in a recent analysis drafted by LLORENTE & CUENCA, whether this commitment undertaken by the Obama Administration will enable the U.S. to recover the lost trade share in the region, which dropped from 53 % to 35 % between 2000 and 2013, while China significantly increased its influence in the region.

On a separate issue, the death of Hugo Chavez, the Venezuelan crisis, the peace process taking place in Colombia and the presidential elections to be held in Argentina are key events that, in one way or another, have been present at the Brussels Summit. 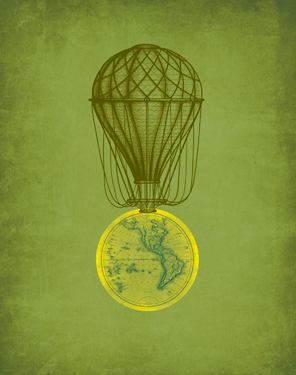 In this context, what are the specific, tangible, measurable developments that have been achieved at the aforementioned Summit?

At the bilateral level, a wide range of proposals have been promoted after approving the Association Agreement between the EU and Central America, currently in force; the first association agreement containing a progressive and mutual liberalization of exchanges between two regional groups. At the same time, Ecuador has joined the Peru-Colombia Multi-Party Agreement, and Peruvian and Colombian citizens do not need visas to travel to Europe anymore thanks to the agreement that both countries have reached with the EU, ending the unfair situation they were put in compared to other Latin American countries lacking an institutional agreement of this nature.
The EU has continued its contacts within the framework of the Council Common Position in order to sign a Cooperation and Political Dialogue Agreement with Cuba.

The Summit also sought to promote the renovation, modernization and updating of the Association Agreements with Chile and Mexico. A precious time has been lost since the Santiago Summit and the negotiation with the U.S. should not be an excuse for the EU being late to take advantage of the opportunities for the European business sector entailed by the constitutional reforms taking place in both countries. This is particularly relevant in Mexico, due to its scope and dimension, as shown at the Ibero-American Summit held in Veracruz. It is clear that both processes are compatible and complementary.

As regards Mercosur, the Summit evaluated the opportunity of ultimately drafting a balanced agreement between the EU and the former, by fixing the deadlines to bring to the table a better offer than that of 2004.

Other areas where progress has been made are the fields of research and innovation and academic cooperation through the Erasmus Plus and Curie projects.

Despite the crisis, the EU continues being the largest global market in terms of purchasing power, exports and imports of goods and services, as well as regards issuing and receiving Foreign Direct Investment. The Direct Investment of the EU in Latin America is larger than its investments in Japan, China, Russia and India added together.

Trade with the region has doubled over the last decade. The EU has managed to keep its market share of exports at 20 %, despite the emergence of China and the stable levels maintained by the U.S. and Japan.

Hence the external account surplus of manufactured products, services or even agriculture, where the EU had been traditionally in deficit. And this has not been achieved through fewer imports, but more exports.

Even though these economic, trade and investment issues remain important and although we wish them to be enhanced, the emphasis should be put on the shared principles and values such as a pluralist and representative democracy, the respect for freedom of expression, human rights and basic freedoms, the rule of law, the rules of democracy, legal certainty and the rejection of any form of dictatorship or authoritarianism.

Latin America is focused on strengthening and preserving its economic achievements. The latter will depend, to a great extent, on the improvements on social cohesion and the success of its regional integration projects

On a different note, it is important to move from a Bilateral Agenda to a Global Agenda, addressing the great challenges that need to be met on a global scale. The improvement of effective multilateralism is not only a joint commitment, but a challenge for the Association. The summit has sought to better use the combined power of the EU and Latin America to face many of the global challenges in which the various policies in many areas could and should converge. It would be highly desirable for both regions, which account for about a third of the UN Member States and half of the G20, to acquire a more important role in the international arena. Specially, as regards the known as “Agenda of Misgovernment”: the fight against terrorism, organized crime and drug trafficking in the debate which will be held in the 2016 UN General Assembly; the preservation of the environment, natural resources and climate change at the Paris Summit in December, cyber security, the fight against poverty in the Post 2015 Development Agenda; pandemics, regional conflicts, failed states, etc.

In the context after the Summit, it would be interesting to note that the Transatlantic Relations should not involve just two members, the EU and the U.S., but all three, with the addition of Latin America. If we take a closer look, we will be able to see that in the Pacific Alliance all members have Free Trade Agreements with the U.S. and the EU: NAFTA, TTIP, CETA (FTA between the EU and Canada), Association and Free Trade Agreements between the EU and the U.S. with Central America; all of them make up a network of trade relations in the Atlantic area which, with time, the necessary political promotion and some appropriate adjustments, could lead to a huge Transatlantic Economic Area (TAFTA).

Latin America is focused on strengthening and preserving its economic achievements. The latter will depend, to a great extent, on the improvements on social cohesion and the success of its regional integration projects.

Nowadays, with the shift in the global economic power from the Atlantic towards the Pacific and Indic regions, Latin America is no longer peripheral, but central. It is no longer an emerging continent, but an emerged one. Europe, a chronophagous society, fighting against time, is unable to face the immediate needs, the present time and needs to snap out of its lethargy and take a firm step in the right direction. The Brussels Summit represents an excellent opportunity to pave the way, through specific actions, for the Bi-regional Strategic Association. The hardest task is yet to come: move from words to actions, that is, from the Beatitudes towards the ledgers. 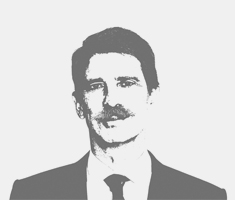