The international and university strength of the CELAC-EU

The 8th Summit of Presidents, currently known as the CELAC-EU Summit, held in Brussels on June 9 and 10, highlights the importance of the Strategic Partnership in force since the 1999 Rio Summit. 16 years have passed and the agreement now involves 61 states and over a billion citizens. They share the same values, interests and defend a common vision of the world, based on the market social economy, one of the dimensions of capitalism. In this case, a humane alternative, which is a result of the balance between market, society and state.

As professor of International Relations, there are two separate but linked elements that I would like to point out, taking into account the achieved goals and adopted future plan of action in the search of a Euro-Latin American Higher Education Space and given the global dimension of the increasing influence of the Euro-Latin American Strategic Partnership in the field of global governance.

The particularly enriching influence it will have on our two languages, Spanish and Portuguese, for our universities and the societies to which they belong

In relation to the creation of a Higher Education Space, I must emphasize on the importance of the recognition, for the first time ever, at the highest level, i.e., the Heads of State, and the relevance of their plan of action, when they highlight, among other things, “the significance of promoting the future EU-CELAC Higher Education Space”, by establishing a set of detailed measures to achieve this goal.

The success of the Bologna Declaration of 1999 is well-known, as it established the European Higher Education Space, and required Member States to implement a series of measures to enable the free, full mobility of students, researchers, teachers and administrative staff, thus creating the world’s largest university space. Moreover, the changes it involved as regards employability and job placement should also be noted, since there was a shift from “knowledge to the know-how”. 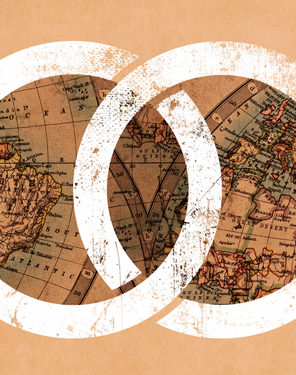 Now it is a matter of taking a further step, establishing a series of measures simultaneously to enable the creation of this Euro-Latin American Space, particularly difficult in the current context, as it involves more than twice as many states and people and some rather heterogeneous Latin American nations. This will only be achievable through the rapprochement that is taking place between our regions based on the increasingly explicit recognition of shared values: the defense of human rights, democracy and the rule of law.

Achieving this space would have an important impact on both regions, although it will probably take a decade to complete it. There are several positive effects, among which we can find the particularly enriching influence it will have on our two languages, Spanish and Portuguese, for our universities and the societies to which they belong. Thus, it will enhance the international dimensions of both Portugal and Spain.

This will increasingly strengthen the international influence that our common Euro-Latin American values already have, as well as our society model within the world politics, promoting the democratization and redistribution of knowledge at the global level, as well as the access to universal intellectual production and the creation of a governance model based on human rights, solidarity, peace, social cohesion and inclusion.

In this regard, it is important to highlight the external dimension that this strategic partnership has already had at the international forums, particularly at the UN General Assembly, where we have managed to influence important decisions made in the aforementioned forum when we joined our efforts. Precisely thanks to the joint defense of the same global vision, significant developments have been achieved in areas where the most important international players such as the U.S., China and Russia did not agree or defended completely opposite positions.

The international importance of the Euro-Latin American group and the values on which it is based are impressive and, in general, poorly known

Several events should be highlighted: the Death Penalty Moratorium voted at the General Assembly, the Rome Statute of the International Criminal Court, currently in force, the fight against climate change, the Post-2015 Development Agenda, the recent entry into force of the Arms Trade Treaty, passed in December 2014…, among many other examples, many of them achieved in recent years thanks to the strategic partnership.

The international importance of the Euro-Latin American group and the values on which it is based are impressive and, in general, poorly known. The developments made in the strengthening of this renewed global governance will depend largely on the success of the overall strategy adopted at the EU-CELAC Summit held in June. Together, Euro-Latin Americans will be able to have an ever greater impact on the defense of shared values and a common vision of the world, more powerful than any other group of countries, not only due to the number of nations that comprises this alliance, but also thanks to the values on which our political inspiration is based. 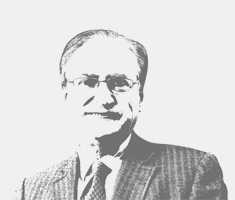