Those of us who believe in the enormous potential of Latin America keep seeing the glass as half-full as regards our political and economic relations. Arguably, in recent years, our economic weight and political influence have been weakened. It can and should be recognized that other countries are strongly promoting investments and trade agreements. In particular China, although there are other examples. It is undeniable that the Pacific Alliance (Chile, Peru, Colombia and Mexico) is working very well and opening huge windows for Asia throughout the region. It is also arguable that the years of economic growth, averaging 4 % rates throughout Latin America, have come to an end and a deep crisis in the price of primary export products is seriously affecting the public economies of many of the major Latin American nations. The serious deterioration of the Venezuelan democracy and the worrying scenarios that threaten the population of such a cherished and important country should also be noted.

Many of us believe that Latin America will continue growing and will remain a great investment, trade and social modernization destination

Eppur si muove, as Galileo once said. Many of us believe that Latin America will continue growing and will remain a great investment, trade and social modernization destination. Its demographics are encouraging. The investment needs are huge as regards its physical and technological infrastructure. The basic education level is notable in most countries. Its population has a remarkable willingness to move forward and continue progressing. The middle class has exponentially grown in recent years. The growth margins as regards banking, insurance, telecommunications, services, transport, ports, airports and its production in general, are quite broad. Democracies have consolidated and a new pact between the political Left and the business sphere is slowly being developed.

The EU-CELAC Summit held in early June in Brussels has responded to this context and dual demand. On the one hand, fostering the Bi-regional Strategic Alliance to promote further joint actions and carry them out in a more efficient manner in the demanding globalized world, based on a quite similar sense of democracy, the Rule of Law, Human Rights and the great governance challenges: peace, climate change, financial management, Post-2015 development objectives, migration, etc. On the other, intensifying our respective areas of trade, political dialogue and cooperation. That is, modernizing and updating the EU Agreements with Mexico and Chile. Completing the negotiations for an EU-Ecuador Agreement, to be added to the Agreement with Colombia and Peru. Resuming the negotiations with Mercosur. Enhancing the cooperation with Central America. And, finally, signing a comprehensive agreement with Cuba, with which the EU is already negotiating since April 2014.

Latin America is moving forward. And it is going in the right direction with Cuba which, quite likely, will end up restoring full political relations with the U.S. and will open the island to economic investments and trade exchange, as a prelude to the opening of the digital space (networks, television, telecommunications, etc.) and, with it, freedom and democracy. It is a shame for the Government of Spain to be completely absent in a process in which, for countless reasons, it should be one of the main players. The Colombian peace process is also advancing through the path of hope, doubts and setbacks. If President Santos and the FARC ultimately sign the peace agreement, the country will be able to take advantage of huge growth and development synergies, despite the difficulties –quite high–, consequences and conditions of the cessation of violence. Latin America is progressing to consolidate its democracies, the modernization of its administrative structures, the development of healthier and more reliable States, with more effective financial systems as well as better education and health services, further promoting a strong fight against exclusion.

Europe should focus on Latin America, before the latter ignores Europe to set its sights on the Pacific region

There is much room for improvement as regards our relations. As I pointed out in a speech at the Euro-Latin American Parliamentary Assembly (EuroLat) with the presence of all Heads of State and Government that met at the EU-CELAC Summit, the next challenge for our relations is to promote our social exchanges: students, teachers and researchers, entrepreneurs, universities, NGOs must unite the cultural and historical ties that Latin America and Europe share. Europe should focus on Latin America before the latter ignores Europe to set its sights on the Pacific region. And now, if I may add, Spain is key in this project seeking to unite universities, connect societies, go hand in hand around the world, helping us improve our best practices, enrich each other and do more things together. Unfortunately, in recent years we have lost weight in that key space that is Latin America, due to our strange and almost non-existent international policy. 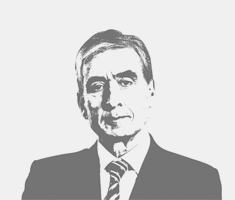 Ramón Jáuregui
MEP. Co-President of the Euro-Latin American Parliamentary Assembly (EuroLat) / Spain
Born in San Sebastian in 1948, he studied Mechanical Engineering and Law, becoming involved in politics since his youth. He has held major positions both within the PSE and the Basque Section of the Trade Union UGT as well as PSOE. He has also held several institutional positions, such as Vice President of the Basque Government, Secretary General of the Socialist Group in Congress and Minister of the Presidency. Since 2014, and for the second time in his career, Ramón Jáuregui is MEP, being part of the Committee on Constitutional Affairs and heading the European Delegation of the Euro-Latin American Parliamentary Assembly (EuroLat). @RJaureguiA [Spain]