Problems are always an incentive to find solutions, particularly in good times. And both Mercosur and the European Union are facing various difficulties that could help them enter a new integration stage.

As pointed out by Kenneth Rogoff, during growth times everyone thinks that “this time it will be different”. Optimism overrides prudence and authorities ignore the warnings signaling the end of the cycle. When difficulties arrive, the creative stage starts once again. Nobel Prize winner, Ernest Rutherford, described it perfectly: “Gentlemen, we have run out of money. It is time to start thinking”, whether it is to finally overcome the crisis affecting the Old Continent or to avoid it, a goal Latin America seeks to achieve. This is a clear warning signaling an obvious matter: apart from the prevailing circumstances, taking advantage of these opportunities calls for a political leadership based on a clear strategic vision on both sides of the Atlantic.

Mercosur, one of the institutional innovations at regional level entailed the third wave of democratization in Latin America and was a key factor to achieve the peace and demilitarization objective of the Southern Cone. This is somewhat paradoxical; its very own name shows the ambitious institutional objectives that were assigned to the organization, seeking to promote an economic integration that has not been met. There were no developments as regards the productivity of Mercosur, to the point of becoming a bottleneck for the sustainability of the economies of its members. It was not able to neither integrate the value chains nor establish a proper infrastructure to support the aforementioned objectives.

Mercosur, one of the institutional innovations at regional level entailed the third wave of democratization in Latin America and was a key factor to achieve the peace and demilitarization objective of the Southern Cone

Truth be told, and let us be clear, the vigorous growth of the Member States of Mercosur was not due to regional integration, but thanks to the international increase in the demand and price of commodities as a result of the emergence of economic giants like China and India and a new global economic context. However, the institutionalization of Mercosur protected the subsidized industrial activity. This is particularly remarkable within transnational automotive companies with branches in Brazil and Argentina, where they operate thanks to the resources and facilities they receive in either country and carry out few activities to export their products to other markets.

Meanwhile, the European Union has solid political and economic institutions, while MERCOSUR institutions seem almost insignificant. The establishment of the European Community has been based on continuity and the development of its member states, enhancing the already developed-countries: Germany, France and England and allowing the lagging southern nations to finally take off.

However, the whole political, social and economic institutional engineering of the European Union was not sufficient to prevent the huge housing and financial bubble which ultimately burst in 2008 and plunged the country into a period of recession. The production differentials between the most developed and less developed countries, hidden behind the positive financial context during the good times, have become clear once again after the crisis broke out. The exchange-rate anchor entailed a homogenization which helped the least developed countries receive loans during the boom, but turned against them once the crisis spread throughout the continent, since they could no longer compensate their lack of productivity by devaluating their currency and thus were unable to meet their commitments. 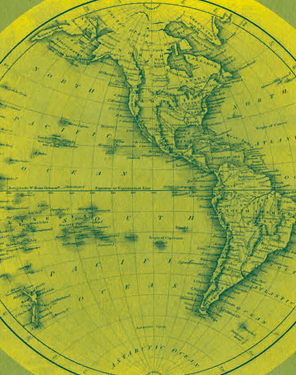 The expansion of the financial activity entailed by the real time technology has a negative side: an enormous volatility and “herd behaviors” which rapidly turn expansionary trends into contractionary patterns.

Mercosur countries were the first to suffer this type of crisis, particularly Argentina, and the great cure and shielding against new recessions has been the vigorous expansion of their trade activities, through the exporting boom that has characterized their economies. Although the demand for commodities has not dropped, its price did, as it was inflated due to financial speculation.

At least for the moment, the growth of the countries in the region through the export of commodities seems to have peaked and this new context forces them to find new sources to achieve a late development, limited to the largest cities within the Mercosur countries.

As the Spanish saying goes, “the exit to any maze is above”; the signing of a free trade agreement between Mercosur and the European Union can be an opportunity to promote a new institutional framework for both regional organizations. A new institutional dimension to reduce the lobbying power of coalitions interested in obtaining subsidies and harming productivity developments, innovation and, ultimately, sustainable development.

There are several alternatives in this type of agreements. It could even enable free trade areas sequentially, either geographically speaking or split by products and activities, so that further areas or goods would be added in the future. It is also key for the Agreement to foster the synergies between productive activities and promote productive diversity, not limited to the commodities of Mercosur, but involving its industry and the service sector, which can greatly grow. As an area of natural interest for Europe, authorities should develop trade and investments to build a sound energy and communication infrastructure in the Southern Cone –still lagging behind compared to the growth experienced in other regions over the last decade–.

That being said, the world is not the same as the one that witnessed the inception of the European Union and Mercosur. The emergence of China and its aggressive business expansion has greatly changed the global economy, but it is also true that few countries in the world are powerful enough to sign a bilateral deal and thus establish fair conditions in the economic relations with the Asian Giant.

As the Spanish saying goes, “the exit to any maze is above”, the signing of a free trade agreement between Mercosur and the European Union can be an opportunity to promote a new institutional framework for both regional institutions

For countries like Argentina, Mercosur is necessary to reach a successful negotiation with the European Union and regional interests should prevail over certain players who show impressive lobbying and blocking skills. An Agreement between Mercosur and the European Union would also provide a better basis to negotiate agreements with China and the reinvigorated United States. Finally, it would be a sound starting point to achieve a comprehensive integration with the Latin American countries part of the Pacific Alliance.

It is obviously necessary for the elections to be held, since they will put an end, regardless of who wins, to the political cycle of neo-autarchic populism –based on the political crisis and the boom of commodities which has already been overcome–. Moderate leaderships and the need for foreign financing will mark the start of a new stage in which issues that were previously locked or could not even be mentioned will now become the subject of daily discussions.

Reaching agreements will not be a simple task, but the new direction imposed by the circumstances of both regions is proper to achieve a new rapprochement. 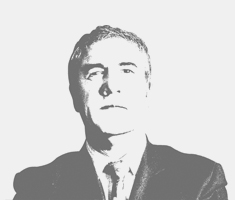