UE-LATAM: a relationship based on shared values

We live in a highly dynamic world and, since we are immersed in its complexity, sometimes it is difficult to be aware of the changes as soon as they take place. The relation between Latin America and Europe is no stranger to this phenomenon.

Asia, and in this context, China, thanks to its great trade and investing development has a quite significant impact on the Euro-Latin American relationship. By 2016, China will probably have become the second trade partner for Latin America, surpassing the European Union (EU). Faced with the Chinese emergence and its trade and financial investments potential, the relation between Europe and Latin America will mainly rely on a strong element: the fact that both societies have a long relation based on historical and cultural ties based on the respect for human rights and international laws, the defense of mutual interests from a shared-values approach and, logically, a quite notable development of their economic and trade relations.

There is a critical mass that enables, by acting together, the achievement of important global objectives 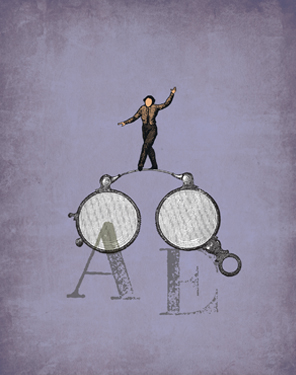 So far, the EU remains the second trade partner and largest foreign investor for the Latin American region. The sum of all EU investments in China, India and Russia together is below the figure recorded in Latin America. These investments also have the quality of being socially responsible, contributing to the creation of employment, technology transfer and sustainable development. Latin American investments in the EU are growing every year and Brazil is now the second most relevant investor only behind the U.S., therefore contributing to the creation of jobs and European development.

It is appropriate and timely to reflect on the path that the relations between the EU and Latin America should take, and at the same time establish a specific roadmap to preserve the achieved developments, overcome the current weak state of the relationship and find ways to walk together, in a stronger and more efficient manner.

Figures speak for themselves. The countries in the EU and the Community of Latin American and Caribbean States (CELAC) account for a third of the members of the UN and, as regards the G20, almost half of its members come from the two aforementioned regions. This critical mass enables, by acting together, the achievement of important global objectives. To this end, it is mandatory to strengthen the political, economic and cooperation dimensions of the relations between the EU and the CELAC. This approach will certainly entail benefits for both parties.

In the aforementioned process, the private sector needs to play an active role in order to promote economic growth by creating adequate jobs. Its role is essential in order to contribute to the welfare of the European and Latin American societies, as well as giving a renewed impetus to the bi-regional relation.