We need to further develop the relations with our natural allies

The European Union (EU) and Latin America and the Caribbean (LAC) are natural allies. There have always been deep historical, cultural, religious, economic and social ties between both regions.

In recent decades, cooperation has been developed at the regional, sub-regional and bilateral levels, both through broad institutional agreements and specific sectorial actions.

Faced with the global challenges of migration and integration, the fight against drug trafficking, climate action (particularly in view of the Paris Conference on Climate, COP21, to be held in December 2015) and the Post-2015 Development Agenda; a close relationship between the EU and LAC is more necessary than ever before.

At the last EU-CELAC Summit held in June in Brussels, both groups agreed on enhancing mutual cooperation to conduct specific exchanges and also established an agenda to jointly meet the common challenges.

The EU gives much consideration to LAC, in fact it is the largest investor in the region with a foreign direct investment (FDI) amounting to EUR 505.7 billion in 2013, more than the FDI of the EU in Russia, China and India added together.

The EU has also signed trade agreements with 26 of the 33 member states of the CELAC and, for the moment, there is a strong political will to make rapid developments in the modernization and upgrading of the Association Agreements with Mexico and Chile in order to establish updated, comprehensive and balanced Agreements.

But they need to go beyond trade, economic and political levels. As regards trade, there are still pending agreements with certain countries, namely Mercosur (Argentina, Brazil, Paraguay, Uruguay and Venezuela) and Cuba and Bolivia. 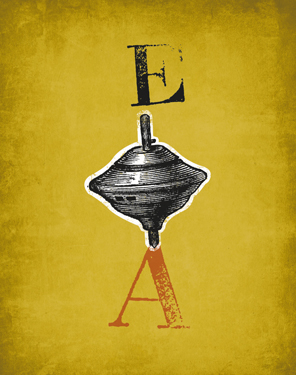 Balanced trade agreements offer many possibilities for the development and growth of a country, but tangible and rapid results can also be achieved through smaller political initiatives. As the European Commissioner for Industry and Entrepreneurship I developed the “Missions for Growth” initiative. The object was to visit a country with a delegation of entrepreneurs and hold meetings with both government officers and businessmen in order to achieve a broader and more diversified industrial cooperation with the EU. I carried out these “Missions for Growth” in almost half of the Latin American countries and quite successfully, if I may say so, entailing tangible results. Many cooperation agreements were signed in several sectors such as raw materials, SMEs, space policy and tourism.

We must maintain the same political momentum. Given the fact that we are natural allies, we should promote an enhanced joint approach to face common challenges. It is essential for the EU and the CELAC Member States to enhance their mutual trade relations in a highly interconnected world. It should be noted that, together, we are sixty-one countries (almost a third part of the members of the United Nations), eight members of the G20, accounting for over a billion people (approximately 15.5 % of the population worldwide). By acting together, we can improve things!

In recent years we have witnessed how new players acquired an increasingly important role in LAC, such as China. I am convinced that Latin America should not be left to China, as occurred with Africa, since their investments will not necessarily promote the development of the region. The credits they grant are bound to conditions such as the participation of Chinese enterprise in large-scale construction works. Moreover, the countries which signed trade agreements with China are now realizing that they are unfair and too focused on raw materials and nothing else.

I also think that the Latin American people have a political and social will to collaborate with us, Europeans, and not China. In particular, I am referring to the events that took place in Nicaragua against the interoceanic canal.

Once again, we need to put back the attention on our natural allies, that is, Latin America and the Caribbean and both Spain and Portugal can aid us in this task, just as they did when they joined the European Union in 1986 to promote the strengthening of the relations between the EU and LAC.

Now, as Vice President of the European Parliament responsible for the relations with Latin America and the Caribbean and member of the Euro-Latin American Parliamentary Assembly (EuroLat) I will continue working to further develop our ties. In that sense, I have drafted a working paper ((http://www.europarl.europa.eu/intcoop/eurolat/committees/trade/meetings/2015_03_18_panama/comercio_es.pdf)) on the state of the relations between the EU and LAC on the occasion of the EuroLat Summit to be held in Panama in February. 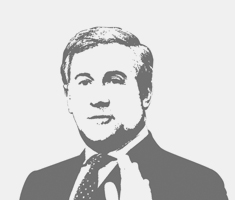