Are court decisions influenced by the media?

As José Antonio Llorente points out in his book El Octavo Sentido (The Eighth Sense), communication has become a key factor in 21st century society. In it, he reflects on the consequences of switching from traditional communication channels to virtual ones available on multiple devices, without any space limits or time restraints. In this era of abundant information and omnipresent interaction, we are faced with new challenges, while the ethical barriers and control instruments that were important until a few years ago have now disappeared. That is why José Antonio Llorente highlights the need of developing an “eighth sense” of survival in order to distinguish lies from truth in a world otherwise governed by “noise,” which often pollutes and suffocates facts like a toxic cloud, preventing us from clearly distinguishing reality from opinions. In this context of transformation in which we receive and communicate information, we must ask ourselves: Can court judges ignore the digital shift, which represents the greatest revolution of our time?

We must take into account that judges and court clerks do not live in a cocoon. They watch television, listen to the radio in the car and read newspapers

We must also take into account that judges and court clerks, depending on who issues the resolution, do not live in a cocoon. They watch television, listen to the radio in the car and read newspapers. This can be seen when judges, such as myself, and court clerks discuss the daily news during coffee breaks and talk about the news of the day, whether political, judicial or economic. The big question is whether digital media and social networks can influence a judge’s decisions, which, for various reasons, are always particularly “popular.” This question is even more important given the difficulty of managing a reputational crisis, which, as we all know, can do irreparable damage to individuals, corporations or even countries. Of course, the “politically correct” answer would be a resounding “no.” But following this line of transparency –another big challenge of our time– we have to admit that all individuals are, to a lesser or greater extent, susceptible to influence, which forces us to answer the question with a resounding “yes” instead. 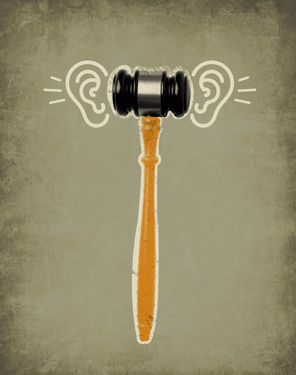 However, the answer does not have to be black or white. What is really interesting about El Octavo Sentido is the conclusion that we are facing a new era in which we must be more cautious and prudent than ever –two features that have traditionally characterized judges–. In this sense and in the service of truth –placing heavy emphasis on truth– only sometimes are court decisions influenced by media pressure and public opinion. At least, this has been my experience during my 18 years presiding over a courtroom.

Likewise, we must not forget that every physical or legal entity must be aware that, when public opinion and the media require information and do not receive it in a quick, truthful and accurate manner, the consequences can be dire for both the person’s and company’s reputation.

How then, can an article, a comment on the radio or an opinion on a television talk show influence the judge? Unfortunately, no such key exists. The “key” could be anything, innocuous or harmless as the information may seem. Thus, when great interests are at stake, I believe it is crucial for corporations to hire a communication expert who can manage, modify or rectify any information capable of altering the truth or disseminating falsehood with partial statements. In today’s turbulent world, it is critical to clarify all of the information available.

I am convinced that companies with a positive record in the communications field can prevent cases of lynching, condemnation by the public and further complications simply by managing the information they release. Just as in many other fields, there is nothing better than using the most stringent mechanisms and procedures to keep confusing and chaotic situations under control.

Only sometimes are court decisions influenced by media pressure and public opinion. This has, at least, been my experience in my 18 years presiding over a courtroom

As a judge, on several occasions I have had to cope with unprofessional lawyers’ actions while trying to defend their clients. For instance, lawyers who enter the court and say “Your Honor, I have come here to replace my colleague and I have not been able to study the case.” What would be the appropriate answer to that? This specific example, which occurs in courts more often than desirable, can be extrapolated to the circumstance that a physical or legal entity is involved in a judicial conflict with media repercussions. As I said, the perfect solution is to let communication professionals deal with this and develop a communications strategy in line with the judicial defense. In the end, the judge has the last word, but it may turn out that the accused is not as guilty as one might conclude from the media’s reporting or, if found guilty, they can face the media’s repercussions in a dignified, professional and in fact clever way. 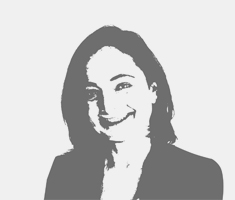 Purificación Pujol
Legal expert and PhD in Law / Spain
She is a jurist with a Juris Doctorate. She practiced law in Barcelona between 1989 and 1997 and has carried out judicial functions in Madrid ever since. She has written many articles and several books, including Guía de comportamiento en las actuaciones judiciales (Guidelines for behavior in judicial proceedings), La Ley, 2008; Un Divorcio Elegante (An Elegant Divorce), Grijalbo, 2012; and Manual de Actuación en Sala: Técnicas Prácticas del Proceso Civil (Trial Proceedings Handbook . Practical Techniques of Civil Proceedings), La Ley, 2012. [Spain]